Some Virginians are getting mystery seeds in the mail. Officials say don’t plant them.

Virginia is the latest state to report residents receiving unsolicited mysterious seeds in packets marked with Chinese writing, according to a release from the Virginia Department of Agriculture and Consumer Services Friday.

VDACS “has been notified that several Virginia residents have received unsolicited packages containing seeds that appear to have originated from China,” the release said. “The types of seeds in the packages are unknown at this time and may be invasive plant species. The packages were sent by mail and may have Chinese writing on them.”

Reports of seed deliveries are still continuing to come in and so a definitive number of cases that have occurred in the commonwealth isn’t currently available, said VDACS Director of Communications Michael Wallace.

Recipients of the seeds are urged to report them to Virginia’s Office of Plant Industry Services.

According to Salt Lake City’s Fox 13 channel, Utah residents have also been receiving seeds in the mail that they did not purchase and that arrive in packages with Chinese writing. A similar story was reported by the Daily Mail about UK residents last week.

Both the Utah and UK stories said many of the seed packets were labeled as containing ear jewelry.

Seed importation is highly regulated in the U.S. and most countries because of the risks of spreading diseases and pests that could harm or destroy domestic crops or other plants.

Wallace said the Office of Plant Industry “will be conducting investigations and will be collaborating with the (U.S. Department of Agriculture) to contain and identify the seeds.” 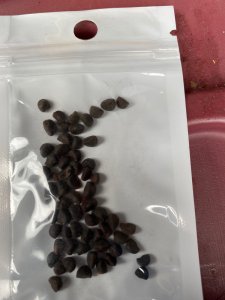 A package of unsolicited, unknown seeds mailed to a Virginia resident (Virginia Department of Agriculture and Consumer Services) 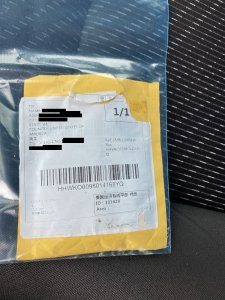 A package of unsolicited, unknown seeds mailed to a Virginia resident (Virginia Department of Agriculture and Consumer Services)

This story has been updated with comments from VDACS.

Some Virginians are getting mystery seeds in the mail. Officials say don’t plant them.

Across cultural lines, home schooling has boomed since… by Jeff South January 3, 2022
Virginia doesn’t have licensed poker rooms. A state gambling… by Graham Moomaw September 28, 2021
Scientists work to catch up with Va.’s endangered and… by Evan Visconti October 20, 2021