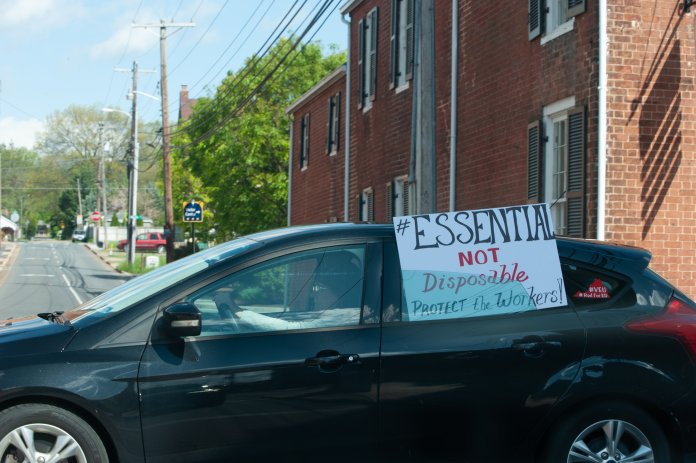 The Virginia Department of Health defended its refusal to release information on COVID-19 outbreaks in poultry plants, saying the poultry plants don’t operate like long-term care facilities and the state has been able to identify cases among workers without having to notify the public.

VDH previously cited a section of state code regarding privacy to justify withholding facility-specific data for poultry plants even though it had released the same data for nursing homes.

Health Commissioner Dr. Norm Oliver “is only authorized to release identifying information to the public if pertinent to an investigation, research or study,” wrote VDH Director of Communications Maria Reppas in an email Friday afternoon. “Under this provision, he directed the health districts to share information amongst (long-term care facilities) as a way to prevent the spread of COVID-19 in those areas. When there is an outbreak at an LTCF, potentially exposed and infected individuals are unknown to VDH due (to) the nature of how an LTCF operates.”

Many nursing homes in Virginia have been prohibiting visitors from entering their facilities since the beginning of the pandemic.

Reppas said the Department of Health has been able to identify poultry plant workers who have been exposed to COVID-19 and follow up with them “without having to alert the general public.” Additionally, she said, because the federal government hasn’t released data on poultry plant outbreaks — as it has on nursing homes — there is no need for the state to “correct the record.”

Plant workers, however, have complained of a lack of information about outbreaks in their facilities, where cases have in some instances numbered in the hundreds. Testing events run by Tyson Foods and Perdue Farms on the Eastern Shore in May found more than 500 positive cases, equal to almost 20 percent of all individuals tested.

Case counts, however, have only been released either voluntarily by facilities or at the discretion of VDH. The department earlier this week refused a Mercury request to provide information on case and death counts at poultry plants, as well as outbreak status and notification dates.

‘A lot of promise’: Vertical farming takes root in Virginia.