Someone splashed red paint on the base of a statue of Confederate Gen. Robert E. Lee on Richmond’s Monument Avenue. (Ned Oliver/Virginia Mercury – Aug. 4, 2018) 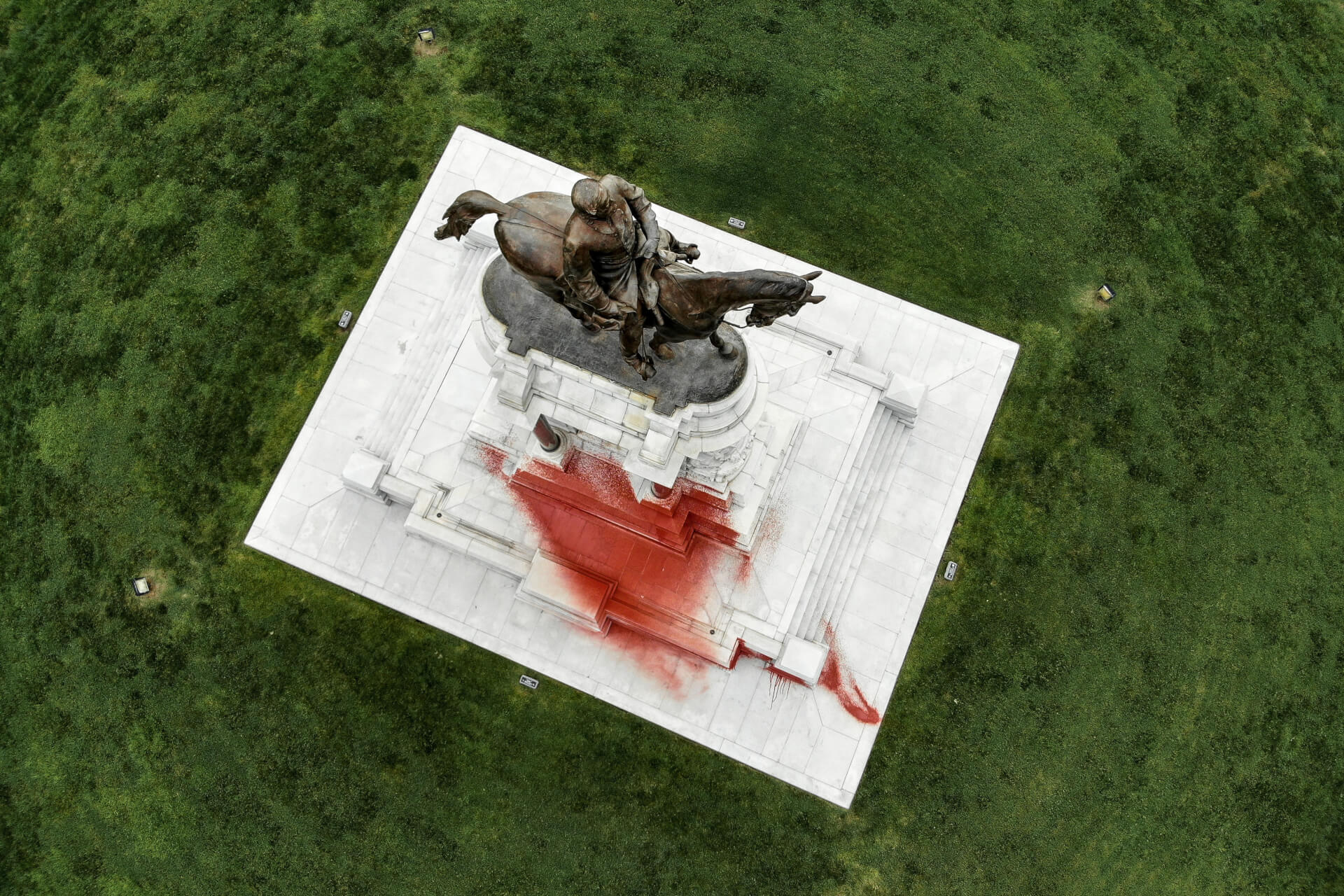 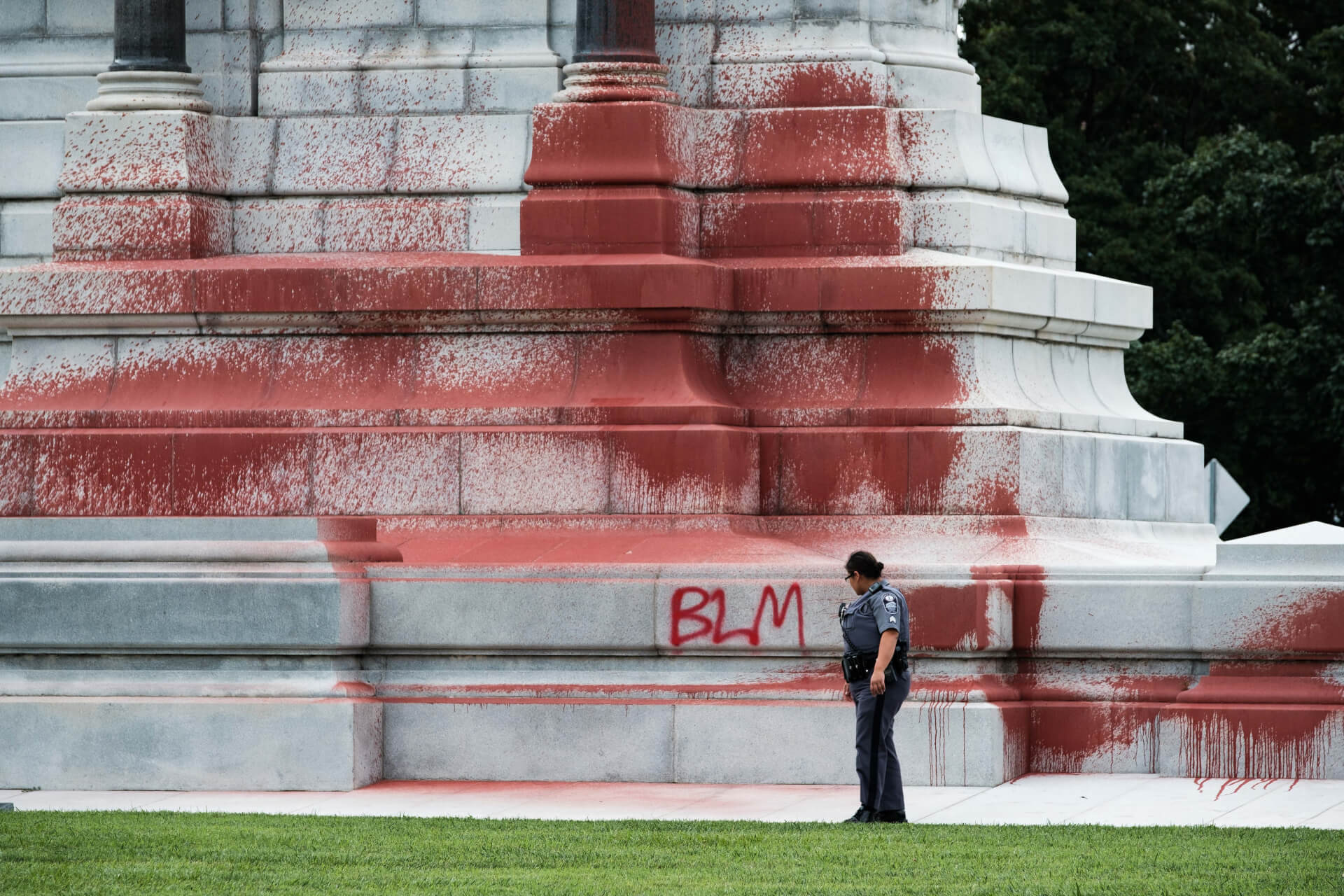 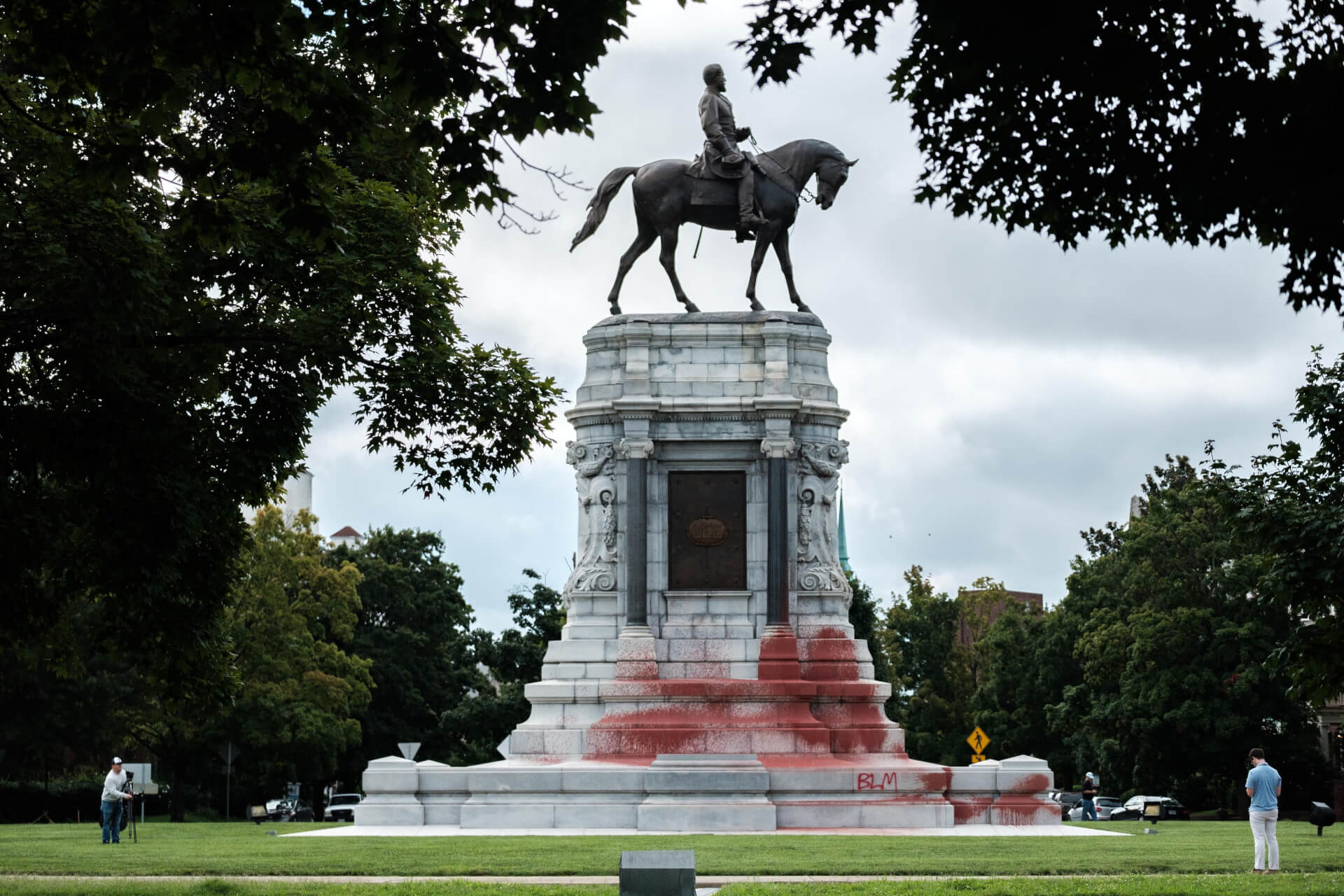 Officials believe whoever did it used a high pressure sprayer — either a fire extinguisher filled with paint or a back-yard chemical sprayer, said Joe Macenka, a spokesman for the department. He said police were canvassing the neighborhood for the discarded device and asked people to check around their property and report if they find anything suspicious.

The action comes a week before the anniversary of the Aug. 12 white nationalist rally in Charlottesville, which was organized in part as a protest of Charlottesville’s decision to pursue the removal of their own statue of Robert E. Lee from a downtown park.

Signs around the Richmond statue say the area is under constant video surveillance. Macenka said he couldn’t comment on whether officers have video of the vandalism, but said the state has “an excess of 500 cameras that we use to keep an eye on state property at various locations. I don’t want to get into specifics, but yeah, there’s a lot of video surveillance.”

Officers on the scene Saturday morning took pictures, collected samples of the paint in evidence bags and measured footprints leading away from the splatter. A cleaning crew began removing the paint in the early afternoon. 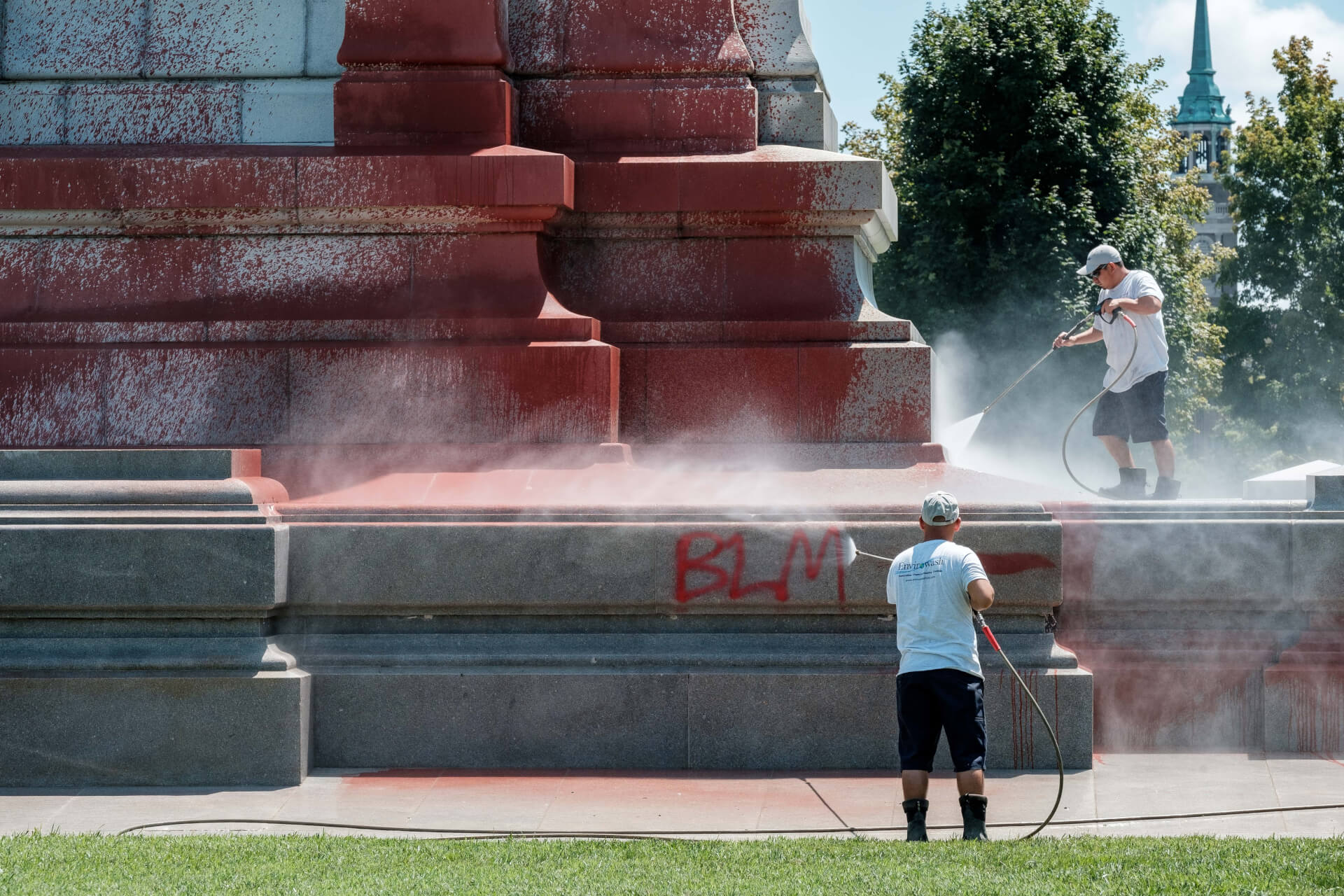 That statue is the largest on Monument Avenue and the only that is state owned. It was erected in 1890.

The statues along the street have faced repeated vandalism in recent years, most recently in August 2017, when someone tossed buckets of tar on the base of the statue of J.E.B. Stuart one block east. The city has spent at least $16,000 cleaning substances off its statues in 2016 and 2017. (Because the state owns the Lee statue, it coordinated and will pay for the clean up in this case.)

Mayor Levar Stoney condemned the vandalism in a statement to the Richmond Times-Dispatch: “I don’t support the monuments but vandalism is a crime no matter where it takes place and the individual or individuals responsible should be prosecuted to the full extent of the law.”

Meanwhile at the Lee Monument, several people shouted support for the vandals as they drove through the traffic circle that surrounds it. “Hell yeah to whoever did this,” yelled one woman as she slowed to take a photo.

Across cultural lines, home schooling has boomed since… by Jeff South January 3, 2022
With Confederates vanquished, what’s next for Richmond’s… by Ned Oliver September 8, 2021
Invasive fire ants continue their march across Virginia by Rex Springston May 31, 2022