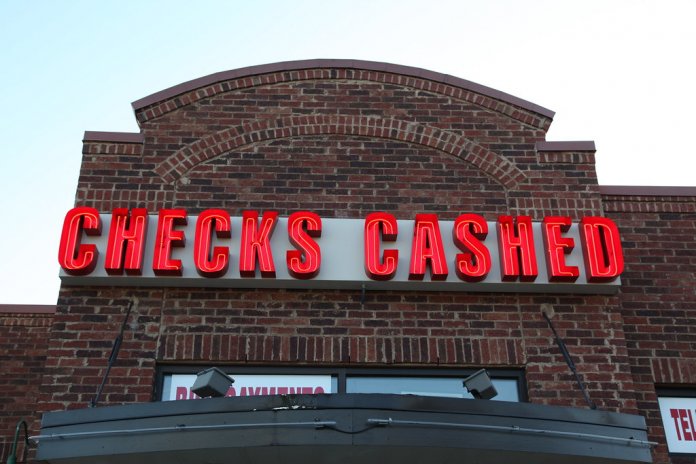 People in Virginia who take out payday and title loans face interest rates as much as three times higher than borrowers in other states with stronger consumer protections, an analysis by Pew Charitable Trusts released this week concluded.

“Virginia’s small-loan statutes have unusually weak consumer protections, compared with most other laws around the nation,” Pew, a nonpartisan thinktank, wrote. “As a result, Virginia borrowers often pay more than residents of other states for loans and suffer harmful outcomes, such as vehicle repossession and fees and interest that exceed the amount they received in credit.”

• 1 in 8 title loan borrowers in Virginia has a vehicle repossessed each year, one of the nation’s highest rates.

• Lenders sell 79 percent of repossessed vehicles in the state because borrowers cannot afford to reclaim them.

• Many lenders operate stores and online in Virginia without licenses, issuing lines of credit similar to credit cards, but with interest rates that are often 299 percent or higher, plus fees.

• Virginia is one of only 11 states with no cap on interest rates for installment loans over $2,500.

• Virginia has no interest rate limit for lines of credit and is one of only six states where payday lenders use such an unrestricted line-of-credit statute.

• Virginia laws enable lenders to charge Virginians up to three times as much as customers in other states for the same type of loans.

• More than 90 percent of the state’s more than 650 payday and title loan stores are owned by out-of-state companies.

Payday and title loan companies are major donors to Virginia lawmakers, dropping $1.8 million in contributions since 2016, according to the Virginia Public Access Project.

Reform proposals, meanwhile, have stalled. For instance, legislation introduced earlier this year that would have capped annual interest rates for certain types of loans at 36 percent was voted down by Republicans in the Senate’s Commerce and Labor Committee.

Jay Speer, executive director of the Virginia Poverty Law Center, which has advocated for tighter restrictions for years, called the claim outrageous.

“They’ve made these reforms in other states and the lenders have stayed and made loans,” he said. “They charge three times as much here as they do in other states just because they can get away with it.”

A group called Virginia Faith Leaders for Fair Lending is holding a rally Friday outside a payday lender in Richmond’s East End to draw attention to the issue. Speer said lawmakers should expect a big push for reform during next year’s General Assembly session.

“The candidates need to decide what side they’re on,” he said. “Fair lending or these big out-of-state companies that are draining money from Virginia consumers.”