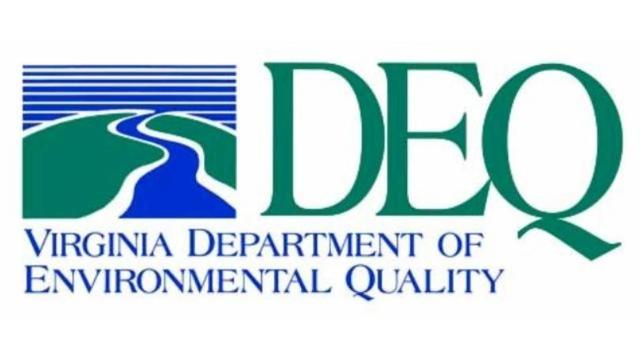 Even as the Virginia Department of Environmental Quality’s scope of work has broadened to include such critical concerns as climate change and environmental justice, the agency has seen its funding cut and its programs hamstrung by outdated state regulations, a report by the Office of the Secretary of Natural Resources says.

According to DEQ Director David Paylor, the agency’s budget has been cut by $60 million and its staff have been reduced by a third over the past decade. Since 2001, a total of 74 positions have been eliminated.

“This has resulted in significant cuts to DEQ services and programs, impacting the commonwealth’s capacity to monitor and reduce pollution, develop or update critical environmental regulations, process permits and engage with the public,” the report declares.

The document, issued Monday afternoon, is the final product of a process set in motion by Gov. Ralph Northam’s April 2018 Executive Order 6. That directive charged Paylor and Secretary of Natural Resources Matthew Strickler with conducting a comprehensive review of DEQ’s activities, as well as examining the impact to Virginia of new federal environmental regulations and improving communication with the public.

The resulting 13-page report not only sketches a roadmap toward more proactive environmental policymaking — the need to incorporate environmental justice concerns into permitting and monitoring decisions is mentioned several times, for example — but sharply highlights the General Assembly’s declining investment in the agency.

At the same time, the report notes, the General Assembly has not updated many of the fees that DEQ is allowed to charge, preventing the agency from both offsetting its budget losses and enforcing its permits aggressively.

Among the legislative changes requested in this area are new laws that would allow periodic adjustments to enforcement penalties, increase the agency director’s administrative penalty authority and allow DEQ to issue stop-work orders across all areas that fall under its purview.

Monday’s report further reinforces the agency’s intention under Northam to “continue using standards that are more protective of the environment and public health” than federal environmental regulations weakened under the administration of President Donald Trump.

In line with that goal, suggestions for future action include expanded and improved monitoring of the state’s water and air, as well as the ability for the agency to charge fees for carbon pollution.

“DEQ needs to build new capacity to take on challenges like climate change and environmental justice, and to modernize outdated regulations or issue new ones to incorporate new science, adapt to changing pollution sources, and strengthen environmental protections,” the document contends.

Beth Roach, chair of the Virginia Council on Environmental Justice, praised the document in an agency news release as “a comprehensive report with strong steps,” and encouraged the state to continue “prioritizing the voices of the environmental justice community at large as we move forward.”

Jamie Brunkow, senior advocacy manager and James riverkeeper for the James River Association, in a statement called the recommendations “much-needed and long overdue.”

“Our natural resource agencies have an important job to do protecting Virginia’s environment, but that work has been weakened by a decade of budget cuts,” he said.