Virginia state agencies and the Atlantic Coast Pipeline came under sharp questioning by the 4th Circuit Court of Appeals in Richmond Tuesday concerning whether environmental justice concerns had been adequately heard in a controversial decision to site a compressor station in the predominantly African American community of Union Hill.

Repeatedly, Chief Judge Roger Gregory pushed attorneys representing the Virginia Department of Environmental Quality, the State Air Pollution Control Board and the Atlantic Coast Pipeline to explain why the state compared air quality in Union Hill to air quality around the state rather than in surrounding Buckingham County to determine whether the compressor station would have a disproportionate impact on the community.

But Elbert Lin, an attorney representing the Atlantic Coast Pipeline, argued that because the air board has statewide jurisdiction, its responsibility is to assess burdens on communities through a statewide lens.

“If you draw your circle small enough, there’s always going to be a disproportionate impact,” he contended. “In some ways that’s a standard that can never be satisfied.”

Gregory seemed unpersuaded: “The county is the oldest subdivision of the state,” he said. “That’s not an arbitrary border to start from.”

The case, heard before a packed courtroom, is the latest twist in the ongoing battle over whether Dominion Energy should be permitted to build its 600-mile Atlantic Coast Pipeline. The project is expected to carry natural gas from West Virginia to North Carolina, with its longest stretch crossing Virginia.

Litigation over the pipeline has risen to the level of the U.S. Supreme Court, which earlier this month agreed to review the 4th Circuit’s revocation of a U.S. Forest Service permit allowing the project to cross the Appalachian Trail.

Simultaneously, a separate lawsuit over the siting of one of the pipeline’s three compressor stations in Union Hill has been working its way through the courts, landing before the 4th Circuit Tuesday.

During an hour of argumentation, lawyers for the Friends of Buckingham and Chesapeake Bay Foundation contended that the decision to issue the permit by the air board for the compressor station had been “arbitrary and capricious.”

Lawyers focused on two points: whether the state agencies should have given consideration to the use of electric motors in the compressor station rather than gas-fired turbines that produce air pollution — most notably particulate matter — and whether those agencies violated Virginia law by failing to assess the site’s suitability and disproportionate health impacts on the predominantly African American Union Hill community.

After the hearing, Richard Walker, a descendant of one of the first freedmen to settle in Union Hill, described himself as “excited” by the questioning carried out by the court.

“The judges identified the loopholes in the site suitability study that was pretty much non-involvement,” he said. “My knees were shaking when I came out because it was such a success.” 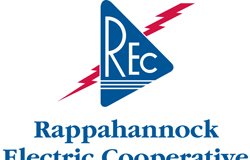