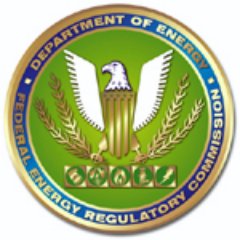 A federal court in Richmond that has served as a major legal battlefield this summer over federal and state permits for the Atlantic Coast and Mountain Valley pipelines got a new case added to its docket Thursday.

The Southern Environmental Law Center and Appalachian Mountain Advocates filed a challenge to the Federal Energy Regulatory Commission’s certificate of public convenience and necessity for the Atlantic Coast Pipeline, the federal approval that underpins the entire project and conveys the right to seize land from uncooperative property owners along the 600-mile route.

The new suit was filed in the U.S. Court of Appeals for the 4th Circuit in Richmond, the same court that has vacated several key permits for the Atlantic Coast and Mountain Valley pipelines.

In response to the court’s action, FERC ordered construction halted last week on the ACP, developed by a group of energy companies led by Dominion Energy. On the same day, in a 2-1 vote, the agency’s commissioners denied a request for rehearing on the certificate.

In a dissent, Commissioner Cheryl LaFleur, who also voted last year against issuing certification for the ACP and the Mountain Valley Pipeline, which will cross into Pittsylvania County, said the ACP remains contrary to the public interest and that FERC should have explored more opportunities for co-locating the two projects.

“I disagree with the commission’s approach to evaluating system and route alternatives, particularly in light of the recently-issued Fourth Circuit Court of Appeals (Fourth Circuit) decision which vacated the National Park Service’s  federal authorization allowing the ACP Project to cross the Blue Ridge Parkway,” LaFleur wrote, adding that she also took issue with how FERC treats climate and environmental effects.

Another commissioner, Richard Glick, abstained from the vote “solely to enable those parties challenging the certificate to have their day in court.”

Glick added that if he had voted, the rehearing order would have failed on a 2-2 vote and the “appellate courts would not have had jurisdiction to review the commission’s decision to grant the certificate.”

FERC has come under scrutiny for its use of “tolling orders” to prevent opponents of the projects it certifies from getting into court to fight them.

“I share many of the concerns articulated in Commissioner LaFleur’s dissenting opinion and I do not believe that the ACP Project has been shown to be in the public interest,” Glick wrote. “It is fundamentally unfair to deprive parties of an opportunity to pursue their claims in court, especially while pipeline construction is ongoing.”

The SELC and their allies have argued that the gas from the Atlantic Coast Pipeline isn’t needed for utilities, as the companies pushing the projects have insisted.

Gas-fired plants in Virginia and North Carolina are already connected to the existing system and testimony at the Virginia State Corporation Commission indicates that Virginia ratepayers could be on the hook for nearly $2.4 billion in extra costs because of the pipeline. FERC has guaranteed a 14 percent rate of return for the project, which could cost more than $6.5 billion.

‘”At a time when clean, renewable energy is affordable and abundant, the only reason to lock us into decades of dependence on climate-disrupting fracked gas is that polluting corporations are making billions of dollars off it. It’s a shame that we have to go to court to force FERC to do its job, but we are committed to using every available avenue to stop the ACP and all the other coal, oil and gas projects that threaten our climate and communities,” said Joan Walker, a representative with the Sierra Club’s “Beyond Dirty Fuels Campaign,” in a statement.

Dominion Energy spokesman Aaron Ruby did not immediately respond to a request for comment on the lawsuit. The company has said it is “already working with the key agencies to resolve the issues in FERC’s order so we can resume construction as soon as possible.”

Trump’s trade-war bailout is sending $4.4 million worth of pork to...