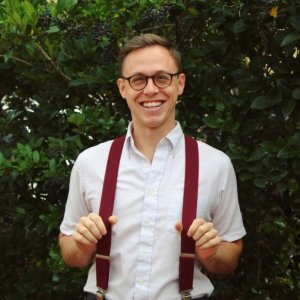 A bus stop in a bucket is by no means representative of the average amenities provided by transit systems across the commonwealth, but the all-too-common sight is far from befitting 21st century public transportation. In a way, it’s as much a testament to the resourcefulness of Virginia’s transit providers as it is to the decades […]

Can Virginia legislate away the NIMBYs?

In less than six weeks, Virginia will become just the third state in the nation to officially go on the books as saying no to NIMBYs. Pro-housing advocates increasingly peg the “Not In My Backyard” naysayers as the main culprit behind America’s historic low of new housing construction over the past decade, since one of […]

From new walking paths at First Landing to freshly forged mountain biking trails in Pocahontas State Park, Virginia’s General Assembly isn’t unfamiliar with putting money towards outdoor recreation. However, the $10 million for regional trails included in the most recent state budget sets a new precedent for trails funding. Although news of the money was […]

When the General Assembly created the Transit Rider Incentive Program (TRIP) as part of Gov. Ralph Northam’s 2020 transportation omnibus, the lion’s share of the funding was allocated to support new regional bus routes. With COVID’s cancellation of much commuter service across the commonwealth, those dollars are now being dedicated to TRIP’s secondary goal: fare […]

Far from the mass urban exodus predicted at the beginning of the pandemic a year ago, the great real estate reshuffling of 2020 actually witnessed property values in some cities and suburbs across the commonwealth soar by as much as 9.6 percent.  The booming demand for housing coupled with a wave of storefront closures has […]

Lowering the limit: How allowing 15 mph zones could save lives in Virginia

Just as speed limits set a maximum velocity for drivers, so too the commonwealth establishes a minimum speed limit for localities. Currently, any city or county looking to slow traffic in a busy shopping district or on a quiet residential street can go no lower than 25 mph. A bill passed during this year’s General […]

Although the General Assembly approved a $83.5 million budget amendment this session, in part to extend passenger rail service deeper into Southwest Virginia, that doesn’t change the fact that there isn’t a train station or even a platform in the New River Valley. However, legislation from local lawmakers that is heading to the governor’s desk […]

Tacky trailers or the new face of affordable housing? That’s the debate policy-makers and advocates are having across Virginia as they work to figure out what role manufactured units should play in addressing the commonwealth’s affordable housing crisis. So far the biggest challenge has been that no one knows exactly how many mobile homes exist […]

Every year over the past three years, lawmakers in Virginia’s General Assembly have introduced legislation that would require railroads moving freight through the commonwealth “to operate with a crew of at least two individuals.”  This year, it’s being pushed by Del. Jeion Ward, D-Hampton, in a bill that’s been referred to the House Labor and […]

Gov. Ralph Northam’s recent budget allocation of $50 million to extend intercity passenger rail service from Roanoke to the New River Valley is just the latest in a long line of sizable investments his administration has made into the future of rail in the commonwealth, including a $3.7 billion dollar track acquisition deal with CSX […]

Last year cyclists in the commonwealth scored a big win in the General Assembly as part of a coalition backing a hands-free law to prevent distracted driving. This year the state’s bike lobby is backing a bill they say will make Virginia one of the safest states in the nation for bicycles.  The Bicycle Safety […]

Norfolk is the next Virginia city to tackle a bus route redesign. Will more follow?

After Virginia’s capital city overhauled its bus routes in 2018, the resulting 17 percent annual growth in ridership made the city’s sole public transportation provider —the Greater Richmond Transit Company — a rare example of success at a time when systems across the country had been losing passengers for years. Norfolk took note and launched […]