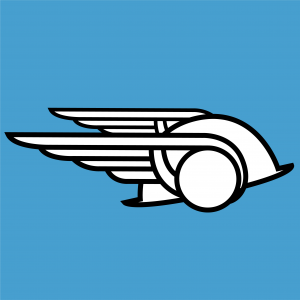 • Virginia House and Senate Democrats are sparring over a push by some activists to bring the legislature back to Richmond to take action on abortion rights before Republicans take control of the governor’s mansion and House of Delegates.—Washington Post, New York Times • Just days after his spokesman told a reporter Gov. Ralph Northam “does not micromanage […]

Budgeting and accounting errors, a ‘toothless punishment’ for Henrico and more headlines

• Proposed redistricting maps under consideration by the Virginia Supreme Court would significantly reduce the number of majority Black districts in the state’s General Assembly.”—Associated Press • The Northam administration fired 14 employees responsible for monitoring drinking water systems across the state, citing a $1.4 million “budgeting error.” A previous study recommended hiring more staff for the […]

• A second ransomware attack on state government IT systems has “paralyzed” payroll and time sheet software for the agency that oversees Virginia’s state-run mental hospitals.—Richmond Times-Dispatch • “The Chesapeake School Board voted Monday night to rescind mask requirements for all students, making it the first board in the Hampton Roads region to defy Gov. Ralph Northam’s universal […]

•  A ransomware attack on the Virginia General Assembly’s IT system “substantially” affected its operations ahead of the 2022 legislative session. “Anything to do with bill drafting or bill referrals — all of that has been impacted.”—Associated Press • Virginia reported its one millionth case of COVID-19 on Monday.—InsideNova • Gov. Ralph Northam announced a $79 million […]

• Virginia’s Office of the Attorney General filed a brief seeking to dismiss a lawsuit that calls for new elections in the state House of Delegates next year.—WVTF • Federal and state officials are putting restrictions on aid to Afghan refugees as local resettlement groups struggle to keep up with an influx in demand.—Washington Post • The […]

• “The newly proposed Virginia congressional map sent candidates scrambling Thursday to rethink their campaigns after the draft gutted the state’s competitive 7th Congressional District and moved it to a completely new part of the state.”—Washington Post • Continuing his farewell tour, Gov. Ralph Northam announced he will include an additional $297 million in his […]

• “Incoming Virginia Gov. Glenn Youngkin is planning a celebratory inaugural weekend that will include a mix of high-dollar ticketed events and other functions open to the public, according to a program that also touts an appearance by an unspecified Grammy-winning musical artist.”—Associated Press • As Gov. Ralph Northam continues his farewell tour of the […]

• A federal judge temporarily halted enforcement of the state’s ban on skill games until a trial scheduled for May.—Associated Press • Gov. Ralph Northam will propose a 10 percent raise for teachers over the next two years as part of his outgoing budget proposal.—Richmond Times-Dispatch • “Virginia’s tax code is likely to dominate the […]

• “A three-judge panel overseeing a recount in a close Virginia Beach state House race upheld the Republican candidate’s victory on Friday, a decision that also reaffirms the GOP’s takeover of the chamber and completes the party’s sweep of last month’s elections.”—Associated Press • Republican Gov.-elect Glenn Youngkin’s victory cost him $20 million in personal […]

• Ballad Health System, a major provider in Southwest Virginia, suspended its vaccine mandate for employees after a judge issued an injunction on the federal mandate. The health system had worried it could lose as much as a third of its workforce.—Bristol Herald Courier • Recount results are still underway from the race between Del. […]