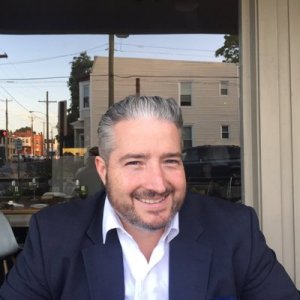 Robert spent 13 years as a reporter and editor at weekly and daily newspapers and was previously editor of the Virginia Mercury. He was a staff writer and managing editor at Worrall Community Newspapers in Union, N.J., before spending five years in south Louisiana covering hurricanes, oil spills and Good Friday crawfish boils as a reporter and city editor for the The Courier and the Daily Comet newspapers in Houma and Thibodaux. He covered Richmond city hall for the Richmond Times-Dispatch from 2012 to 2013 and worked as a general assignment and city hall reporter for the Pittsburgh Post-Gazette from 2013 to 2016. He returned to Richmond in 2016 to cover energy, environment and transportation for the Richmond Times-Dispatch. Contact him at [email protected]

The deadly winter storm, christened Elliott by the Weather Channel, that tore through much of the United States over the Christmas weekend placed a huge strain on the American electric grid, pushing it past the breaking point in some places. Frigid temperatures, in some places setting records, drove a surge in electric demand while also […]

Scientists at a U.S. national laboratory announced Tuesday that they achieved fusion ignition, a breakthrough decades in the making that could have major implications for clean energy.  Researchers at the Lawrence Livermore National Laboratory near San Francisco said that on Dec. 5, for the first time anywhere in the world, they managed to produce more […]

An aging electric grid, fossil fuel power plant retirements and a massive renewable electricity buildout are all contributing to a boom in transmission and distribution wire projects by electric utilities across the country.  In 2020, investor-owned electric utilities spent $25 billion on transmission, up from $23.7 billion in 2019, figures that the Edison Electric Institute, […]

Amid major federal investment in electric cars, it’s time for states to step up, advocates say

For years, electric vehicles posed something of a chicken-and-egg problem.  Mass adoption, seen as critical to cutting the largest single source of U.S. carbon emissions, couldn’t happen until the infrastructure to allow drivers to recharge wherever they were heading was in place. And those charging stations weren’t coming until more drivers switched to plug-in electric […]

States are vying for money to start ‘hydrogen hubs.’ What are they?

Across the country, states are inking agreements with neighbors or striking out on their own to pursue billions in federal funding to set up “hydrogen hubs,” clustered centers for production, storage and use of the gas that many see as a crucial piece of the puzzle for decarbonizing the U.S. economy. How broad a role […]

For offshore wind aspirations to become reality, transmission hurdles must be cleared

For the better part of the past century, the American electric power system evolved around large, mostly fossil fuel power plants delivering electricity to residences, businesses and industry through a network of transmission and distribution wires that collectively came to be called the electric grid. But as the threat of climate change driven by carbon […]

On a sticky Sunday afternoon in August 1997, my dad and I parked along Jamestown Road in Williamsburg and got out for a brief, self-guided tour of William and Mary’s old campus. A dreamy, humid haze hung over the deserted place, with the Sunken Gardens and sylvan brick paths lush and late-summer green.  I said […]

Three Virginia congressmen were among a relative handful of House Republicans who voted against a resolution expressing support for Finland and Sweden joining the North Atlantic Treaty Organization. U.S. Reps. Ben Cline, R-Botetourt, Bob Good, R-Campbell, and Morgan Griffith, R-Salem, joined 15 other GOP members to oppose the resolution, which passed the House Monday with […]

A federal judge will allow Envigo — which is shutting down a controversial dog-breeding facility in Cumberland County under pressure from federal regulators because of a string of animal welfare violations— to sell more than 500 dogs to labs over the objections of the U.S. Department of Justice. Federal attorneys seeking an injunction to enforce […]

It was not unlike the formulaic false ending in a horror movie. You could have been forgiven for thinking the worst was over when the mob of MAGAns had been repulsed from the halls of the U.S. Capitol and Congress resumed its duty of certifying the presidential election returns last year. But the spectacle of […]