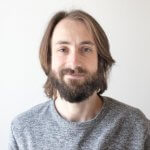 Jacob covers federal policy as a senior reporter for States Newsroom. Based in Oregon, he focuses on Western issues. His coverage areas include climate, energy development, public lands and infrastructure.

President Donald Trump sought to use the U.S. Justice Department to create the illusion of a legitimate investigation into the validity of the 2020 election results, the Jan. 6 committee and former Justice Department leaders said Thursday in the panel’s fifth hearing this month. In the weeks between Election Day 2020 and Jan. 6, 2021, […]

Former President Donald Trump was directly involved in efforts to pressure state officials in Georgia, Arizona and elsewhere to overturn the 2020 election results in their states, according to evidence the U.S. House committee investigating the Jan. 6, 2021, attack presented Tuesday at the panel’s fourth hearing this month. Trump and his attorneys knew that […]

Pence was within 40 feet of mob inflamed by Trump, Jan. 6 committee reveals

The private and public conflict between Donald Trump and Mike Pence over certifying the 2020 election results put the vice president within steps of the Jan. 6 attackers, the U.S. House committee investigating the insurrection said Thursday. As the mob approached the U.S. Senate chamber in the Capitol, the vice president’s Secret Service retinue hustled […]

‘Completely bogus and silly’: Trump spread claims of election fraud debunked by his own legal team

Former President Donald Trump planted the seeds for the Jan. 6 attack on the U.S. Capitol by continually promoting theories that he lost the 2020 election through fraud, even though top advisers and officials told him there was no evidence to support the claim, according to testimony a U.S. House committee presented Monday. In its […]

5 things we learned about Jan. 6 and Trump from the first hearing

The opening U.S. House hearing in a series on the Jan. 6 attack included some eye-opening new details about the events of the day and the broader plot to halt the peaceful transfer of presidential power. The nine-member investigative committee put former President Donald Trump at the center of the plot, while accusing leaders of […]

A  hearing Thursday by the U.S. House committee investigating the Jan. 6, 2021, attack on the U.S. Capitol alleged two groups supporting then-President Donald Trump planned the riot to stop the transfer of presidential power — while Trump tacitly endorsed the insurrection and was indifferent to calls to hang then-Vice President Mike Pence, saying at […]

What to know about Thursday’s public hearing on the Jan. 6 attack on the U.S. Capitol

The U.S. House committee investigating the Jan. 6, 2021 attack on the U.S. Capitol will launch the first in a series of public hearings Thursday night in the hopes of drawing a major prime-time national television audience. The Democratic-led committee, which includes two Republicans who defied their party leadership to join, has been tight-lipped about […]

Remote voting in the U.S. House hits a second anniversary, but it may be its last

After two years of a temporary provision to allow remote voting in the U.S. House, the top 36 users of the proxy voting system are all Democrats, though Republicans have also taken advantage of it. Proxy voting was meant to keep crowds of House members smaller and thereby limit the spread of COVID-19, back in […]

Members of a U.S. Senate panel and election administrators raised a bevy of concerns Thursday about the challenges elections officials will face this fall, saying problems ranging from a lack of paper to coordinated misinformation campaigns could affect confidence in U.S. democracy.  A bipartisan panel of current and former elections officials and experts told the […]

The two leaders of the U.S. Senate Veterans’ Affairs Committee, Montana Democrat Jon Tester and Kansas Republican Jerry Moran, have reached a deal with House leaders to pass a bill to extend health care access to veterans for conditions related to exposure to toxic chemicals during their service, the pair announced Wednesday. The consensus bill […]

President Joe Biden on Tuesday commemorated the victims of last weekend’s mass shooting in Buffalo, New York, and condemned the ideology that drove the killer to “carry out a murderous, racist rampage” at a grocery store in a predominantly Black neighborhood. In a visit to the Upstate New York city, Biden and other New York […]