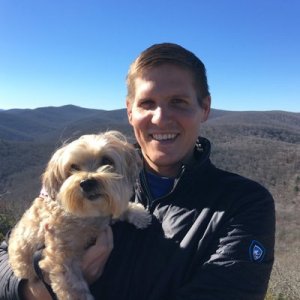 Gov. Glenn Youngkin signed an executive order Tuesday instructing state agencies to report any punishments they might have handed out during the COVID-19 pandemic and indicated he wants the state to reimburse individuals and businesses who paid “unjust COVID-19 fines and fees.” The order comes a few days after Gourmeltz, a Fredericksburg-area restaurant, was raided […]

Virginia Elections Board certifies midterm results with no drama

Virginia’s Republican-controlled State Board of Elections certified the midterm election results in a drama-free, unanimous vote Monday. The vote, which occurred with little discussion and no public comments objecting to the procedure, finalizes a disappointing election cycle for the state GOP. The party gained one additional seat in the state’s congressional delegation after state Sen. […]

EMPORIA — A judge on Monday declined to dismiss a lawsuit claiming Virginia’s ban on slots-like skill machines violates free speech and indicated a state senator’s involvement in the case means it won’t go to trial until after the 2023 General Assembly session is over. At a hearing Monday morning in Greensville County Circuit Court, […]

Will Virginia make a bipartisan move to get rid of its antiquated same-sex marriage ban?

When a Democratic proposal to undo Virginia’s legally moot ban on same-sex marriage failed this year in a Republican-led subcommittee, some conservatives said they could potentially get behind a more stripped-down version of an idea Democrats pitched as correcting a moral wrong from 2006. Instead of replacing the constitutional ban with pro-equality language declaring marriage […]

A message Virginia Attorney General Jason Miyares’ office sent out in late August in response to “election integrity” complaints included a clear statement that state attorneys had no evidence of widespread fraud in 2020 and, therefore, no reason to stop the legally mandated destruction of ballots two years after the election. The Aug. 24 email […]

EMPORIA – In the hundreds of pages of legal documents filed in a Southside Virginia courthouse as part of a closely watched gambling lawsuit, an image from “Star Trek: The Next Generation” succinctly captures what the surrounding legalese is about. It shows the android character Data standing at a craps table in a spaceship casino, […]

The Virginia General Assembly has passed lots of legislation on charitable gaming lately. So much, in fact, that a state senator now claims his colleagues passed a law that accidentally canceled out a different law approved two weeks earlier. The legal sleuthing by Sen. Chap Petersen, D-Fairfax, could potentially upend the General Assembly’s efforts to […]

Prince William County is the last big Northern Virginia jurisdiction to consider granting collective bargaining rights to public employees, but labor organizers say the county’s draft plan is so filled with holes they have major doubts about whether they can support it. In a strongly worded letter to the Prince William Board of County Supervisors […]

In an unexpected display of bipartisanship, Gov. Glenn Youngkin and Sen. Louise Lucas, D-Portsmouth, announced they’ve agreed a special election to fill a newly vacant Virginia Senate seat will be held Jan. 10. The timing of the special election, which was up in the air due to legal uncertainty over whether Youngkin or Senate Democrats […]

Virginia Del. Tim Anderson has been labeled a Trump-style Republican for his attention-getting combativeness and staunchly conservative politics. But as the GOP surveyed the disappointment of a surprisingly lackluster performance in the midterm elections, Anderson is the first Virginia Republican to call bluntly for a full breakup with former President Donald Trump. “He will lose […]