Two Virginia Republican lawmakers want a judge to label two books as obscene and order them off of bookstore shelves. (Photo by Drew Angerer/Getty Images)

A Republican lawyer who serves in the Virginia House of Delegates is pursing restraining orders that would make two books unavailable to minors after a retired judge acting on behalf of the Virginia Beach Circuit Court found  the books could be considered obscene due to explicit sexual content.

In an interview Thursday, Del. Tim Anderson, R-Virginia Beach, said he and his client in the case, Republican congressional candidate Tommy Altman, are now seeking temporary restraining orders that would prevent distribution of the books to minors by libraries and bookstores. 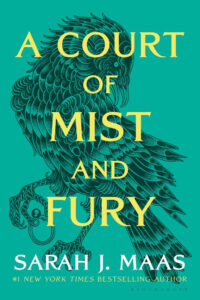 The books in question are “A Court of Mist and Fury,” a fantasy novel that contains sex scenes, and “Gender Queer,” a memoir about LGBTQ identity written in a graphic or comic book style format. It has come under fire from some parents over an illustration depicting oral sex.

Virginia Democrats have pushed back against what they say is a wave of conservative attempts to censor what young people read. So far, those fights, which often center around books dealing with LGBTQ themes or race, have largely been restricted to the General Assembly and local school boards. But Anderson’s effort appears to be a significant escalation in tactics by getting Virginia courts involved in deciding whether some books should be off limits to young readers.

Anderson said he’s only trying to restrict the books’ availability to minors, not to censor or ban them entirely.

“Virginia Republicans want to ban books. Everywhere — they aren’t stopping at schools & libraries,” Del. Marcus Simon, D-Fairfax, said on Twitter. “They are authoritarian bullies who want to control what you see, hear, learn and read. Everything they baselessly accuse the left of doing, they do.”

A little-utilized state law allows “any citizen” to ask a court to weigh in on books alleged to be obscene.

After reviewing the two contested books, retired Petersburg-area Judge Pamela Baskervill issued two orders on May 18 finding probable cause the books could qualify as obscene, an initial step that allows the books’ authors and publishers to respond in defense of their work within 21 days of being notified of the court proceedings. Baskervill is handling the case because all other judges in Virginia Beach recused themselves, according to Anderson.

Once a probable cause finding is made, the law also allows the court to grant a temporary restraining order “against the sale or distribution of the book alleged to be obscene.”

That’s what Anderson and Altman are now seeking, filing two motions for restraining orders that aim to prevent the Virginia Beach schools and Barnes & Noble from making the books available to minors on their bookshelves. Baskervill has not yet acted on those requests. 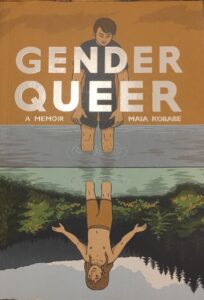 According to the Virginian-Pilot, the Virginia Beach School Board recently decided to remove “Gender Queer” from its shelves after a review deemed the book “pervasively vulgar,” going against a staff recommendation to keep the book in school libraries.

Anderson said he came across the obscenity law “by accident” and is unaware of any recent examples of it being invoked. A judge signaling agreement that the books may be obscene, he said, is a “very big deal.”

“She requested the books. She read them,” Anderson said. “There’s no first amendment right to distribute sexually explicit material to minors.”

In assessing obscenity claims, the state law instructs judges to consider “the artistic, literary, medical, scientific, cultural and educational values” of the book, as well as the “degree of public acceptance” of the book in the local community and the intent and reputation of the author.

The publishers of the two books did not immediately respond to emailed requests for comment.

In a news release, Altman, one of four Republicans vying for their party’s nomination to take on U.S. Rep. Elaine Luria, D-Norfolk, in a competitive Hampton Roads-area district, applauded the initial court ruling  as a win for “concerned parents who don’t want their minor children  being exposed to books depicting explicit sex acts and other vulgar topics in schools, libraries or bookstores.”