Ginger, right, was among former research beagles offered up for adoption by the Richmond Animal League in 2015. (Style Weekly)

If you really want to know my weakness, here’s a hint: they have four paws, a cold nose, silky ears that they love to have scratched and pleading eyes that could extract affection from even the flintiest human heart.

I ascribe to the theology of Will Rogers: “If there are no dogs in heaven, then when I die, I want to go where they went.”

Anybody who has seen me swoon over the Hanks or Georgias or Reesies or JayJays who take their owners for walks in our neighborhood or coo at the friendly woofs and wagging tails of pups along the route my wife and I walk every day can attest to this. So can anyone who has seen me pet, baby-talk or wrestle the lovably goofy rescue pups who’ve called our house home.

So it was that the 2022 Virginia General Assembly redeemed itself, at least in this caninophile’s eyes, for some of its trespasses against common sense and the common good with the passage of five bills in the waning days of its 2022 session that would place new restrictions on a beagle-breeding mill in Cumberland County.

The alleged inhumane treatment of beagles – including puppies – at global biotech giant Envigo’s dog gulag has been abundantly chronicled and commented upon in the Virginia Mercury and elsewhere.

It was documented in 2017 after U.S. Department of Agriculture inspectors noted multiple violations during a routine inspection. Later that year, an animal rights organization used a drone to make a damning video offering a buzzard’s-eye view of dogs crowded inside a sprawling complex of cages.

In the years since, animal-rights groups and their right-thinking allies began pressing for legislation in Virginia to bring the compound that breeds thousands of dogs every year for medical, veterinary and biological experimentation and research under state oversight.

Almost every year, those efforts were beaten back by the facility’s deep-pocketed owners (Envigo purchased it from Labcorp in 2019) and their posse of elite, well-paid lobbyists to navigate its resistance to state regulation around the craggy shoals of Virginia’s part-time Legislature.

Before this year’s passage, the high water mark for legislation requiring minimal standards for the animals came up short in 2020 on the eve of the coronavirus pandemic. The issue didn’t even surface last year.

But a couple of factors that did not augur well for Envigo led to a concerted legislative push this year.

One was back-to-back reports in July and October – again, resulting from USDA inspections – that showed compelling evidence of needless suffering among the dogs at the Cumberland facility.

As Kate Masters noted in reporting on the legislation last week, the second of the two federal reports found that more than a dozen female beagles were deprived of food for nearly two days even as they nursed puppies – a deliberate procedure the facility employed to expedite the weaning (and, ultimately, the wholesale purchase and transport) of puppies. It also turned up severe dental disease, eye infections and skin lesions among hundreds of adult dogs and puppies crammed in sweltering kennels for hours on end.

Simultaneously, Kate noted, the famously assertive People for the Ethical Treatment of Animals did a sting in which a PETA operative working surreptitiously as an animal-care technician reported that dogs were routinely euthanized without sedation and that cages were power sprayed – liquid at pressure sufficient to slash the skin or strip bark from a tree – while dogs remained inside them.

Not only did 2021 suck from a public relations standpoint for Envigo, the reports built political support for efforts by a group of seasoned legislators who also fall easily in love with dogs – or at least won’t tolerate cruelty to them for profit.

Envigo’s other misfortune was having skillful, seasoned and resolute legislative adversaries. None was more pivotal than Sen. Bill Stanley, R-Franklin, a conservative country trial lawyer whose fur babies include Daisy, a sweet-natured beagle that was once confined at Cumberland.

One of the bills the General Assembly adopted this year forbids federally regulated commercial breeders who have received citations under the federal Animal Welfare Act from trafficking in dogs – a significant but reasonable guardrail on Envigo’s operation. Identical bills were offered by Stanley in the Senate and fellow Republican Del. Rob Bell of Albemarle; both passed unanimously.

Standing up to Envigo this year has not only been resounding, it’s been bipartisan.

A related bill that Stanley co-sponsored with Democratic Sen. Jennifer Boysko of Fairfax closes a loophole in Virginia law that regulates commercial dog breeders but gives a free pass to businesses that breed animals for medical research. That left the commonwealth with no legal basis for inspecting the Cumberland facility. The new law would classify beagles Envigo breeds at Cumberland as companion animals unless they are actively involved in clinical trials, giving state agents the right to investigate allegations of animal cruelty. 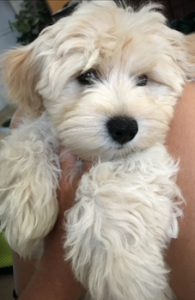 Yogi, one of the dogs in the author's life.

Meadow, one of the dogs in the author's life. 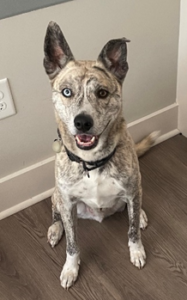 Mars, one of the dogs in the author's life. 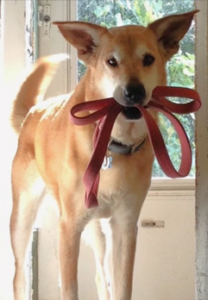 Marley, one of the dogs in the author's life. 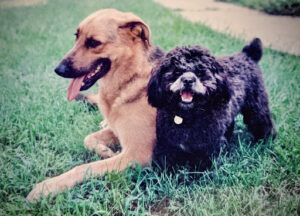 Millie and Tux, two of the dogs in the author's life.

That legislation also passed both chambers with nary a nay.

U.S. Rep. Elaine Luria, D-Norfolk, and six other House members signed a letter in February exhorting the USDA to lift the Cumberland facility’s license in light of the violations it found. Maybe that will build a fire under the balky bureaucracy which has yet to levy disciplinary actions against Envigo arising from last year’s disturbing reports.

But now, if Uncle Sam can’t get his act together, these new bills ought to allow the commonwealth, at long last, to do the right thing.

Of course, that assumes Gov. Glenn Youngkin will sign the bills, now bound for his desk. He has not yet made his positions known on the legislation.

But surely a smart, rising-star GOP politico wouldn’t risk the wrath of decent, dog-loving Americans, particularly in pooch-friendly early 2024 nomination battlegrounds like Iowa and New Hampshire. Nor would he invite a stinging override from a united, bipartisan Virginia Legislature that, for the moment anyway, stands foursquare behind both Lady and the Tramp.

I mean, he just wouldn’t. Would he?

This column is dedicated to Mars, Meadow, Yogi, Millie, Marley, Daisy and Tux.