Virginia is dropping most of its mask requirements for fully vaccinated people beginning this weekend and, in two weeks, will end all remaining social distancing and capacity restrictions on businesses, Gov. Ralph Northam said Friday.

“Virginians have been working hard, and we are seeing the results in our strong vaccine numbers and dramatically lowered case counts,” Northam said in a statement. “That’s why we can safely move up the timeline for lifting mitigation measures in Virginia.”

The repeal of the mask mandate goes into effect at midnight. There are some significant exceptions, including public transit, health care facilities and congregate settings, which include correctional facilities and homeless shelters.

The mask mandate will also remain in effect for both teachers and students in K-12 settings, where masks are required indoors as well as outdoors when six feet of social distancing isn’t possible. And unvaccinated employees of businesses regulated under the state’s emergency health orders — a broad category that includes dining and retail establishments, fitness centers, entertainment and personal grooming — will be required to wear masks.

Otherwise, there will be no penalties for unvaccinated people who do not wear masks in public, though they are “strongly encouraged” to continue wearing face coverings in all public indoor and outdoor settings, according to the governor’s office.

Likewise, businesses can continue to require patrons to wear masks, the governor’s office said. “The bottom line is that if a business says you have to wear a mask, you have to respect that,” Northam’s spokeswoman, Alena Yarmosky, said. “They can require masks in an establishment just like they require shoes and shirts.”

As he lifted the mask mandate, Northam also pushed up the date when he plans to roll back remaining social distancing and capacity restrictions for businesses. Originally slated to end on June 15, Yarmosky said those restrictions will be removed in two weeks, on May 28. Northam had already announced plans to relax those restrictions beginning this weekend, including expanded capacity allowances for social gatherings and entertainment venues.

Yarmosky said the administration’s priority over the next two weeks will be to increase vaccination numbers before the May 28 rollback of capacity restrictions. That will include a statewide day of action, when Northam will encourage local health departments, community health workers and regular Virginians to encourage as many people as possible to receive their first shot.

As of Friday, 63 percent of adults in Virginia had at least one dose of the vaccine and 36.8 percent were fully immunized. The state made vaccines eligible to everyone 16 and up in mid-April.

The state is still working toward a milestone set by President Joe Biden, who announced a nationwide goal of administering at least a first dose to 70 percent of Americans by July 4.

In Virginia, the goal is 75 percent, state vaccine coordinator Dr. Danny Avula said in a news briefing on Wednesday. Yarmosky said the state was waiting to completely remove capacity restrictions, including a required six feet of indoor distancing between tables at restaurants, until local health departments had fully mobilized their outreach efforts.

“Our message is that we’re holding off for two more weeks so we can get everybody vaccinated,” she said. “We want that final push.” 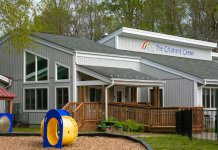