As he tries to become Virginia’s first Black attorney general, Del. Jay Jones made clear on the debate stage Wednesday night that he wasn’t going to tiptoe around the topic of race.

Facing off against incumbent Attorney General Mark Herring in the first televised debate of the Democratic primary, Jones introduced himself as the descendant of slaves and the grandson of civil rights activists, going on to make several references to the perspective gained from his “lived experience as a Black man.”

Perhaps the most remarkable experience Jones recounted on the debate stage was being in the room in early 2019 when Herring met with the Virginia Legislative Black Caucus to deliver a pre-emptive apology for wearing blackface while in college at the University of Virginia.

“I was there when you took that paper out of your jacket, smoothed it out on the table and read us a statement with no empathy, no compassion, no feeling for how we felt as Black legislators, as Black people,” Jones said. “And frankly, that still pains me to this day.”

“I am very sorry for what I did one time at age 19,” Herring said in response. “It was over forty years ago, and I’m very sorry for that. It does not at all reflect the person I’ve matured into, let alone the public servant I became decades later.”

The exchange occurred as Herring and Jones sparred over who’s shown more commitment to civil rights causes, a topic that took up much of the hourlong debate hosted by D.C.-based WJLA. Jones, who trails Herring in polls, has mounted an aggressive campaign that’s pulled few punches as he seeks to unseat Herring. A Christopher Newport University poll conducted in mid-April found Jones gaining ground on Herring, but still far behind the incumbent. Herring led Jones 42 percent to 18 percent, with 34 percent undecided..

“With a lifetime in the law, I’ve learned that progress requires commitment, courage, experience and an ability to put that experience to work,” Herring said. “We’ve got a lot still ahead of us.”

Jones, a 32-year-old lawyer who has represented Norfolk in the House of Delegates since 2018, repeatedly accused Herring of taking a lackadaisical approach to criminal justice reform, particularly police shootings and other aggressive law enforcement tactics often deployed against Black men.

“All the experience in the world doesn’t mean a thing if you’ve got to be pushed to do the right thing,” Jones said. “This office can do so much.”

It was in that context that Jones raised the blackface issue to question what he called Herring’s “so-called commitment to justice.”

Shortly after calling for Gov. Ralph Northam’s resignation over the infamous photo that appeared on Northam’s 1984 medical school yearbook page depicting one person in blackface and another in Ku Klux Klan garb, Herring met with Black legislators to reveal his own blackface incident as reporters were in the process of tracking down its details. Herring said at the time he had darkened his face in 1980 while dressing up as a rapper.

The blackface scandals have largely receded from prominence as Northam reclaimed his status as a top Democratic leader presiding over a boom in progressive legislation, much of it focused on racial equity, ushered in by a General Assembly under full Democratic control for the first time in decades.

Despite previously calling for Northam’s resignation over the governor’s blackface incident, Jones welcomed and highlighted Northam’s endorsement in the primary contest.

“I certainly believe that Ralph Northam has been arguably the most consequential governor that we’ve seen in the history of this commonwealth,’ Jones said at the debate. “And I’m proud to have his support.”

Jones repeatedly argued the attorney general’s office could take a more proactive role in addressing unnecessary police violence, echoing his recent calls for Herring to do more in response to a string of police shootings in Virginia and to fully support rolling back qualified immunity doctrines that can shield police officers from civil rights lawsuits.

“When I saw the video of Derek Chauvin putting his knee on George Floyd’s neck, I felt that, painfully. I felt the bullets in my back like I was Jacob Blake who was shot in Wisconsin,” Jones said. “Virginians are demanding reforms as it relates to our justice system, which we know has vestiges of the Black codes, Jim Crow and mass incarceration. We need an attorney general who will rise to meet this moment, who won’t be silent.”

Herring defended his civil rights record, said he’s called for repealing qualified immunity at the federal level and repeatedly suggested his opponent’s assertions about what his office is and isn’t doing were off-base.

“Right after Michael Brown was killed in Ferguson I engaged with community leaders all across Virginia and then launched the largest police training initiative that our office has ever done, focusing on de-escalation and racial bias recognition,” Herring said. “I can continue to lead, as I have, in an aggressive and progressive way.”

“It would have taken away people’s right to sue for racial discrimination, strip protections away from LGBTQ Virginians and pregnant women and people with disabilities,” Herring said, “I don’t know why you would do that… maybe you didn’t understand it. But then when you didn’t get it through, you ended up being the lone Democrat to side with Republicans to vote against that landmark civil rights legislation.”

Asked to explain the comments, Herring aides said Jones backed civil rights language only dealing with discrimination based on “race, color, religion, sex or national origin,” while the version backed by Herring dealt with those categories of discrimination and “pregnancy, childbirth or related medical conditions, age, sexual orientation, gender identity, disability, familial status, marital status, or status as a veteran.” The Jones bill also would’ve given the attorney general’s office “exclusive” authority to enforce anti-discrimination provisions, which Herring aides said could affect Virginians’ ability to file discrimination lawsuits on their own.

The Jones campaign disputed that characterization of the bill, saying Herring supporters in the General Assembly refused to give the proposal a hearing and “played politics” with the issue.

The goal of the bill, the Jones campaign said, was to create a civil rights office with more power to combat discrimination.

Jones, who was supported legislative efforts to roll back qualified immunity for police, said Herring was “quiet as a church mouse” as that bill failed to pass the General Assembly.

“As attorney general, I won’t take a day off,” Jones said.

Herring said he agreed that Virginians deserve an attorney general working around the clock on their behalf.

“They’ve had one for the last seven and a half, going on eight years,” Herring said.

The primary election is June 8. 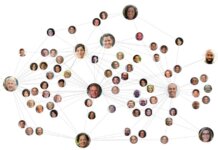 Mapping alliances in the Democratic primary

More than 53,000 delegates register to vote in Virginia GOP convention