Virginia is one of many states hard hit by a fungal disease known as white-nose syndrome, which according to a study published Tuesday has killed more than 90 percent of northern long-eared, little brown and tri-colored bats in the U.S. over the past decade.

“Virginia populations have suffered really severe impacts from white-nose syndrome, so there are unfortunately just not that many bats left,” said Virginia Tech infectious disease ecologist Kate Langwig, who has studied the disease extensively.

So called because of the characteristic way it appears, white-nose syndrome first appeared in the U.S. near Albany in 2007 and by 2009 had spread to Virginia, traveling southward through the Appalachian region. The fungus that causes the disease (Pseudogymnoascus destructans) typically infects bats during their winter hibernation in caves or mines and can survive more than 10 years in the environment.

Since its emergence, millions of bats have died. The disease has been so deadly the U.S. Fish and Wildlife Service is reviewing whether little brown bats and tri-colored bats should be classified as endangered.

On Tuesday, a new study funded by the U.S. Fish and Wildlife Service and published in “Conservation Biology” combined data from 27 U.S. states and two Canadian provinces to produce one of the clearest pictures yet of the disease’s toll on five bat species.

Among its findings: White-nose syndrome has impacted three of those species — the northern long-eared, little brown and tri-colored bats — with “extreme severity.” And it has spread far and wide. Researchers have found the disease present in anywhere from about a third of the little brown and big brown bats’ ranges to a staggering 93 percent of the Indiana bat’s range.

“Declines were generally least variable and most severe in the Northeast and least severe in the Southeast,” the authors concluded. (Virginia in this study was classified as a northeast state.)

That comes as no surprise to Virginia researchers. Since white-nose syndrome appeared in the commonwealth in 2009, scientists with the Department of Wildlife Resources and Conservation and Recreation have been tracking precipitous declines in bat populations along the state’s western flank.

“We’ve been working with partners to address the impacts of (white-nose syndrome) from the onset,” said Department of Wildlife Resources wildlife biologist Rick Reynolds in an email.

To combat the bottoming out of the bat populations, Virginia has adopted a number of strategies. The state has limited access to sites where species affected by white-nose syndrome hibernate, called hibernacula, as well as sites where female bats give birth and raise young.

“There are other efforts that include working with artificial roosts, specifically maternity roosts (basically putting up bat boxes)” and “providing ‘artificial feeding stations’ during fall swarm to help ‘fatten-up’ bats before they go into hibernation,” wrote Reynolds.

The bats may need the help. Although one 2015 study by Reynolds, Radford University biologist Karen Powers and three other authors found that some bats have been able to persist despite white-nose syndrome, many are making bad choices. Research by Langwig and Virginia Tech biology research scientist Joseph Hoyt found that bats are continuing to hibernate in warmer subterranean environments where the disease tends to hit them the hardest.

Climate change could exacerbate that problem — or it could do the opposite, said Langwig.

“In Virginia actually, it’s an interesting place to think about it,” she said. “Because the caves will get warmer, but the winters will also get shorter. … Theoretically, in very short winters you should see lower effects of white-nose syndrome.” 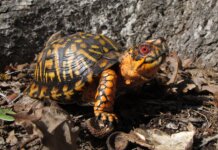 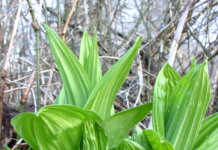 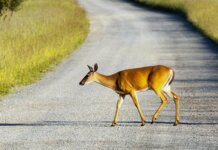 ‘Slow the spread’ has been a COVID rallying cry. Va. officials have done it for a deadly deer disease for years.

Virginia’s black bears are flourishing. Officials have the bear teeth to...