The first televised debate of Virginia’s Democratic gubernatorial primary started out tame Tuesday evening, with almost 25 minutes of civil discussion about the COVID-19 pandemic and how the five candidates onstage plan to lead the state out of it.

The second half took a sharper turn, with several attacks against former Gov. Terry McAuliffe, veering into a more pointed discussions of race, guns police tactics and government accountability.

Here were four moments that stood out from the hourlong event, hosted by historically Black Virginia State University in Petersburg and broadcast on CBS6.

Fairfax compares himself to George Floyd

Fairfax used a question about the killing of George Floyd, which sparked nationwide racial justice protests last year, to draw a comparison with how he was treated after two women accused him of sexual assault in 2019.

Saying Floyd’s death speaks to a larger history of African-American men being presumed guilty and having their lives upended “in an instant,” Fairfax noted all other candidates onstage called for his resignation immediately before the accusations were investigated. He singled out McAuliffe in particular, suggesting he was “speaking truth to power.”

Fairfax did not heed the calls to resign and the accusations against him were never investigated by law enforcement or any other authority in Virginia. Many Democrats have assumed they’re all but certain to derail Fairfax’s chances of making the typical leap from lieutenant governor to governor, but he nevertheless pressed on with his gubernatorial run.

No other candidates responded to his comment onstage and the McAuliffe campaign declined to comment after the debate.

It also drew a social media response from Vanessa Tyson, a California professor who accused Fairfax of of assaulting her in a hotel room during the 2004 Democratic National Convention in Boston. She said she has no regrets about coming forward and stands by her account.

“So to all the people of Virginia, young, old, or somewhere in the middle—I wish you wisdom and strength,” Tyson said on Twitter. “Beware those who peddle foolish lies for ill-gotten gains—those who would exploit history and your emotions for their own ambition.”

McClellan and Carroll Foy, both seeking to become the first Black woman elected governor of any state, used a question about gun violence to launch their most direct attacks against McAuliffe of the night.

McAuliffe noted he was one of the first prominent Democrats in the state to directly challenge the National Rifle Association and said as governor he’d work to ban assault weapons, high-capacity magazines, untraceable “ghost guns,” and empower local governments to ban firearms at events.

Though bans on specific types of weaponry have failed to pass the Democratic-led General Assembly, McClellan then pointed out legislators have already given local officials more control over guns in their jurisdictions. The legislature could have “gone farther,” she said, by having Virginia stop recognizing concealed carry permits issued by other states with looser rules.

“Our attorney general was on the right track to put us there and Gov. McAuliffe made a deal that gave that away,” McClellan said, referencing a bipartisan compromise McAuliffe struck with the Republican-controlled General Assembly in 2016.

That legislation overturned Attorney General Mark Herring’s decision to stop recognizing concealed carry permits from 25 other states, a move widely denounced by Republicans. In exchange, McAuliffe got agreements from Republicans to support stiffer laws barring domestic violence offenders from having guns and a provision requiring Virginia State Police to be present at all gun shows to perform voluntary background checks. At the time, the Washington Post reported the deal came together over a dinner attended by NRA lobbyists.

“The reason we haven’t curbed gun violence isn’t because we don’t know how to do it, it is because we have politicians failing to act,” Carroll Foy said after McClellan’s answer. “And when Terry McAuliffe had the opportunity as governor to be serious about gun violence, he did a backroom deal with the NRA, undermining concealed weapons laws in Virginia, making us all less safe.”

McAuliffe defended the bill, arguing it had a tangible impact by removing guns from dangerous situations.

“There are thousands of women today who are safe because of that law,” McAuliffe said.

The reference to Floyd’s death came as part of a larger question about police reform, an issue Democrats took up in a special session last year.

Carter, a self-described socialist and one of the few Democrats in Virginia openly aligned with activist calls to defund the police, said his stance on policing sets him apart in a party that boosted police budgets last year and passed reform bills with so many exceptions “they might as well be made out of Swiss cheese.”

McAuliffe said he supports accountability and transparency but believes in “working with the police” to ensure they have proper training.

“I happen to be a full supporter of body cams. I’d like to see every police officer actually have a body camera so that we can all actually see what’s going on,” McAuliffe said. “Thank goodness we had all of those individuals there that had those cellphones when George Floyd was murdered.”

The three Black candidates all spoke more directly about the traumatizing effects of police brutality and systems stacked against people of color.

McClellan said the state needs to do more on comprehensive criminal justice reform, particularly scaling back the approach to low-level offenses like passing counterfeit bills, the offense she said led to a “death sentence” for Floyd.

“Racial justice is about more than criminal justice reform. It is embedded in every system we have in government,” McClellan said. “And I did not need George Floyd’s murder or the Unite the Right rally to teach me that.”

Carroll Foy similarly spoke of her experiences with and record of fighting against “overpolicing, disinvestment and the war on drugs.”

“The politicians of the past have failed to really move us forward on this issue,” she said.

The same question prompted Fairfax to revisit the allegations made against him, which he again said were false.

McAuliffe distances himself from Parole Board controversy

The candidates were asked to weigh in on the ongoing controversy surrounding the Virginia Parole Board, which has come under fire over several watchdog reports last year that concluded the board violated its own policies and state law while releasing several inmates last year without proper outreach to the families of crime victims and local prosecutors.

Many of the violations identified in the reports occurred under the leadership of former Parole Board Chairwoman Adrianne Bennett, who was originally appointed to that position by McAuliffe before leaving a year ago to become a judge in Virginia Beach.

Several candidates said they support Gov. Ralph Northam’s call for an outside investigation into the watchdog reports while saying they favor parole reforms to make more inmates eligible for early release.

“I mean really? I wasn’t there when this was going on,” McAuliffe said. “But listen, I’m about getting people parole. When I was governor I had to replace the entire Parole Board because they didn’t believe in doing it. I leaned in hard on these issues. Because we have a racist criminal justice system.”

Republicans have accused the Northam administration of trying to cover up the Parole Board findings, while the governor’s office has suggested the reports were overblown and the work of a biased investigator in the Office of the Inspector General. Fearing for her job after giving documents to the General Assembly apparently without permission from her superiors, that investigator, Jennifer Moschetti, unsuccessfully sought whistleblower protection in court. She was fired last month.

Giving perhaps the most direct answer to the question, Carter again showed a willingness to critique his own party, saying he sees a clear oversight problem that prevents Virginians from being able to see what their government is doing.

“The Executive Branch of Virginia’s government has become resistant and averse to oversight,” Carter said. “There is little to no oversight by the legislature over the Executive Branch. They act with impunity far too often. They act outside of the public eye. And there seems to be very, very little appetite within the General Assembly to create more oversight.”

Virginia’s HIV transmission penalty will remain on the books 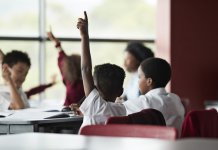