Far from the mass urban exodus predicted at the beginning of the pandemic a year ago, the great real estate reshuffling of 2020 actually witnessed property values in some cities and suburbs across the commonwealth soar by as much as 9.6 percent.

The booming demand for housing coupled with a wave of storefront closures has left suburban shopping centers in a slump and local leaders grasping for ways to retrofit forgotten malls for urban living. But can the plan to urbanize Virginia’s suburbs pay off?

From retail to residential

As aging malls built in the 1970s and ’80s come to the end of their life cycle, the chorus of voices questioning what to do with dead and dying retail spaces has grown ever louder. With many of its flagship shopping centers either underwater or under pressure, Henrico County has wasted no time in trying to provide an answer for developers and residents worried about a sagging tax base.

“Through what we’re calling Henrico Rebuild we’re trying to encourage growth along our important corridors to accommodate new lifestyles for the jobs that are being created,” said Joe Emerson, Henrico’s director of planning. “We’re reworking our form-based code to put the flexibility in place for the private sector to come in and redevelop these indoor malls.”

At the site of the old Regency Square mall, the county paid for infrastructure and roadway upgrades to incentivize the recycling of existing commercial spaces, the addition of residential units and the construction of a new sports facility to anchor the development. Surface parking lots became multi-level garages in order to free up more space for buildings while still accommodating the county’s minimum parking requirements. Once the redevelopment is complete, 1,250 new apartments will have joined Henrico’s aging housing stock.

With demolitions underway for the redevelopment of Virginia Center Commons and even a reimagining of the sprawling, exurban Short Pump Town Center, Henrico’s focus on urbanizing its suburban shopping centers stems from shifting societal preferences and evolving business interests.

“We have close contact with the developer community and the community at large, and they and our corporate citizens are telling us the desires of the workforce and the broader population are changing,” Emerson said. “People still want that suburban lifestyle, but people also want mixed-use communities. That’s a trend that’s generational, but it’s a change we’re seeing across all age groups.”

Redevelopment rather than retrofitting is the best way to deal with dead and dying malls according to Daniel Herriges, senior editor at Strong Towns — a smart growth advocacy group. “The fantasy that a mall will be converted to a new use doesn’t often pencil out for developers,” he said. “These single-purpose buildings weren’t built to last 100 years in the first place so many older malls lack exterior windows and have structural problems too. It’s way cheaper to demolish the whole thing and start anew.”

Building for the bus

It’s no coincidence that many of the malls getting new master plans or special use zoning are located along busy commuter corridors. Once blemishes on a site’s redevelopment potential, today proximity to the city and access to public transportation are increasingly important drivers of new residential and retail construction.

“We’re excited about the edges we share with the city,” Emerson said.  “The workforce wants to live close to work so they can ride their bicycles and walk places. Rapid transit helps us along Broad Street in the Willow Lawn area.  There is a lot of emphasis on rail and its expansion going forward meaning we’re going to see lots of growth along the Staples Mill corridor. Our development will be more nodal so there will be options for everyone.”

In Chesterfield County — Richmond’s southerly, less urbanized neighbor, the conversation around the connection between good public transit and retail revitalization is more complex. Although county officials are interested in extensions of Greater Richmond Transit Company bus routes to several suburban shopping destinations and even keeping the bus system permanently fare-free, the locality’s increasing commitment to transit isn’t a move to revitalize its aging malls.

“In Chesterfield we have 61 shopping centers that are 25 years of age or more,” said Dan Cohen, the county’s director of community enhancement. “It’s easy for planners to say all of this stuff should switch to mixed-use housing with ground floor retail, but some of them can’t be converted to the New Urbanism model because they aren’t large enough, they’re owned by large companies not engaged enough to make anything of them or they’re in areas where there’s no market for that.”

Instead, Cohen envisions dealing with the county’s dead and dying retail centers by tailoring redevelopment to the needs of surrounding residents. “Many of these strip malls could be converted to community shopping hubs, Latinx food halls, or such.  So much of this is on an individual basis, that without getting the stories behind these retail spaces you can’t make blanket statements on where these places might be headed,” he said.

From parking to apartments

In Virginia’s most populous county, the rejuvenation of one moribund mall has triggered an expansion of affordable housing in an unlikely place.  The mixed-use redevelopment of the Fair Oaks Mall, a new transit hub, and a planned pedestrian bridge over I-66 led Fairfax County officials to rethink the value of their over-parked government center a mile away.

“I was always astounded by the thousands and thousands of parking spaces at the government center,” said Braddock District Supervisor James R. Walkinshaw. “In the past there was a sense it was useful to have that vast surface parking that was never full, but if we’re serious about our affordable housing agenda, then we have to start in our own front yard. Across Northern Virginia we are land-constrained. There are no wide open green spaces to build affordable housing wherever we want.”

Walkinshaw doesn’t just view the new housing and mall redevelopment as a step in the right direction, he believes the changes could transform his district: “Fairfax Center can be the county’s next great pedestrian- and transit-oriented place. We have this chance to create a real destination and a real neighborhood connected to our government center complete with a bikeshare location, solar panel powered EV charging and a bus transit center which will allow folks to take an express ride to the Pentagon and Arlington.”

Although smart growth advocates worry the area’s dangerous arterial roads will prevent the idyllic multimodal living outlined in the Fairfax Center Area Study, Walkinshaw has a plan for that. “Government Center Parkway is the perfect example of a street that was overdesigned,” he said. “The existing design is far in excess of what we need to accommodate traffic capacity and encourages drivers to speed. It’s really dangerous for anyone not in a vehicle, so we’re proposing to take one of those lanes and convert it into a bike lane.”

For Herriges, that attention to detail is far more important to the success of suburban shopping centers’ revitalization than any flashy mall conversion master plan.  “Many of these retrofitted communities have the outward aesthetics of New Urbanism but are flawed in the way the community actually works and is structured,” he said.  “City planning offices often get shiny object syndrome — they focus all of their energy on one golden goose and ignore all the incremental changes they could make to increase prosperity across the whole locality.” 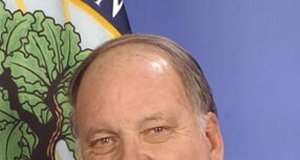 Appreciation: John Henry Hager was ‘the hardest-working man in politics.’ He...