A Senate committee voted Thursday to kill legislation aimed at expanding diversity in Virginia’s governor’s schools — a hot-button issue that’s sown debate at some of the state’s elite public institutions.

Senate Majority Leader Dick Saslaw, D-Fairfax, made the motion to table the bill indefinitely over strong objections from Black and minority lawmakers including Sen. Louise Lucas, D-Portsmouth — the chamber’s president pro tempore and the first woman and African American to hold that role.

Several other Democrats, including Sen. Chap Petersen, D-Fairfax City, Sen. Lynwood Lewis, D-Accomack, and Sen. John Edwards, D-Roanoke, joined Republicans in voting against the bill after a heated committee argument along the same lines of debate that have unfolded elsewhere in the state.

But students and families at multiple governor’s schools across Virginia have recently complained about the lack of diversity among students. The Richmond Times-Dispatch reported that only about seven percent of students enrolled in the city’s Maggie L. Walker Governor’s School are Black. “Statewide, 1 in 5 public school students is Black but only 1 in 10 children enrolled in a gifted and talented program was Black during the latest school year for which state numbers are available,” the newspaper reported.

At the Thomas Jefferson High School for Science and Technology in Alexandria — a governor’s school with a nationally prestigious reputation  — 73 percent of incoming freshmen are of Asian and a little more than 17 percent are White, according to The Washington Post. Only 16 students, or roughly three percent, are Hispanic, and there are fewer than 10 Black students (the school refused to disclose the exact figure). Citing data from Fairfax County, Inside NOVA reported that White students represented 23 percent of applicants and 18 percent of those accepted; Latino students were eight percent of applicants and three percent of those accepted; and Black students represented just six percent of those who applied.

Students and families advocating for greater diversity say the problem stems from educational inequities that often start in elementary school or earlier, coupled with admissions tests that favor students with greater family support and access to extra educational resources. .

The legislation from Del. Roslyn Tyler, D-Sussex, aimed to increase access by requiring the Virginia Board of Education to issue new guidance for governor’s schools across the state. Part of that guidance would “focus on the importance of increasing access to Governor’s Schools for historically underserved students” and include best practices on inclusion, according to language in the bill.

The legislation came from state Secretary of Education Atif Qarni, who previously organized a task force focused on assessing diversity at governor’s schools.

In a heated committee debate, legislators who served on the task force clashed with senators opposing the bill. Many, including Petersen and Saslaw, cited arguments from opponents of the bill — including families who have fought efforts to change the admissions process for governor’s schools.

The debate has been especially contentious at Thomas Jefferson, where parents on the PTA have said the state should address diversity by doing more to support Black and Hispanic students in elementary school, not by changing admissions standards, according to reporting by the Associated Press. Fairfax County Public Schools has been sued over an admissions overhaul it plans for Thomas Jefferson and that case is still pending, though a judge declined to issue an injunction halting the changes, the Associated Press reported.

As the bill has been debated, opponents have argued that changing admissions standards at governor’s schools would lower educational standards — and that the legislation ignores other communities of color who are strongly represented within the schools’ student bodies.

“I understand as well as anybody that we need to get different populations into our governor’s schools, and I think there are ways to do it. I’m very concerned, though, the tone that has been set by this bill. I’m not blaming anybody in particular, it’s just become a lighting rod and it’s been serving to stigmatize a very hard-working community in Fairfax County which I am proud to represent and be married into. And that’s the Korean community, Indian community, Bengali community,” he said, adding that Thomas Jefferson had significant minority representation among its students.

“I would appreciate if you would put a better definition to minority,” Lucas said. “Because I know you’re not talking about people that look like me.”

Sen. Ghazala Hashmi, D-Chesterfield, said that while much of the opposition to the bill has come from Northern Virginia, she’s received an “outpouring of support” for the bill from her constituents, including alumni of Maggie Walker and those who live in communities that feed into the school.

Sen. Mamie Locke, D-Hampton, also pointed out that discussions across the state have largely stemmed from students highlighting problems with equal representation.

“The issue at TJ actually came from students talking about the lack of diversity in their schools,” she said. “That they would like to have more diversity, but there were problems in trying to get to that diversity.”

She added: “But there’s always this stonewalling. And we’re hearing it here this morning from some of our own members sitting here.”

The same concerns were repeated by Sen. Janet Howell, D-Fairfax, who called it “ludicrous” that Thomas Jefferson had such a small number of Black and Latino students. “This has been a festering wound at our governor’s schools for many years and it’s time we lance it,” she said.

The criticism prompted a rebuke from Saslaw, who said families he heard from were “overwhelmingly against” the legislation.

“Many of these are parents — a large percentage — who came here as immigrants and have done anything they can to improve their situation,” he said. “They consider this bill highly offensive.”

After Hashmi made a motion to report the legislation — a move that would allow it to go to the Senate floor for a full vote — Saslaw made an alternative motion to table the bill indefinitely.

That passed on a 9-6 vote, effectively killing the measure.

A few minutes later, she had to switch her microphone on again to answer a question from another committee member.

“I had my mic off because I didn’t want to say anything inappropriate,” she said. 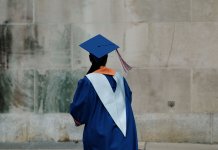 To reduce racial disparities in Virginia schools, advisers say more of the numbers should be public 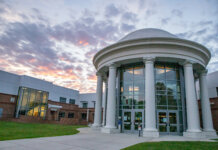 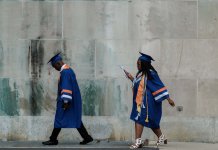