By Jacob Ellis and Ishyan Veluppillai

Health care and health insurance comprise one of the most significant household expenditures for American citizens.

Because of its absolute importance and necessity compared to other consumer goods and services, the demand for health care services is considered to be price inelastic, meaning that patients will keep paying higher prices until they cannot.

In recent years, pharmaceutical corporations and insurance companies have taken this economic relationship for granted by exponentially increasing the prices of their drugs — termed “price gouging.” Across the industry, many executives continue to justify price increases with the need to properly fund research and development of future drugs. However, as health care is becoming more of a burden to the average American, it becomes evident that the industry cannot continue price gouging in the name of profit.

Price gouging poses a significant threat to Virginians. The most notable case within the last decade was Mylan’s price increases of EpiPens, their signature epinephrine auto-injector (EAI). These devices are carried by thousands of Virginians as epinephrine is used to treat anaphylaxis — one of the most common, frequent, and serious medical conditions among the entire U.S. population.

After exposure from a trigger, a person’s respiratory and other organ systems may begin to shut down in a matter of minutes. Breathing will slow, blood pressure will fall and the skin will often become covered with hives. Without prompt treatment from an EAI, it can potentially become a fatal allergic reaction. Even though several brands of EAIs exist, Mylan’s EpiPens are most frequently prescribed by doctors.

The pharmaceutical drug manufacturer owned as much as 90 percent of the EAI market share in the United States. As a result, the manufacturer has developed a virtual monopoly on the vital device. Prior to 2010, the average retail price for autoinjectors was below $100, but in recent years, the average has exponentially increased to well over $600 in some cases. In 2016, the company’s price gouging stirred national headlines after hundreds of families complained that they were unable to afford the rising prices. The National Institutes of Health said the prices were “very high for a device that uses technology developed in the 1970s and was subsidized by the U.S. government, delivers a very cheap drug that is centuries old, and was available for $100 or less prior to 2010.” Even as Mylan released a generic option in December of 2016, it still costs about $400.

Besides price gouging by the manufacturers, pharmacy benefit managers have also created significant barriers for patients being treated with specialized drugs. PBMs were originally established to serve as the “middle-man” in drug distribution, cutting out the administrative waste for the insurance companies; however, they still mark up the prices in order to receive a profit. In many cases, PBM interactions are found to drive up consumer costs, putting unnecessary burdens on pharmacies, and overcharging insurance plans.

There are also substantial conflict-of-interest concerns when an insurance company’s PBM owns a pharmacy or has a financial stake in one. While PBMs previously were touted for their ability to keep drug prices and premiums lower through promoting competition between the manufacturers to get their drugs on a designated formulary — a list of prescription drugs that are carried by the insurance plan — the result has been detrimental to those with special treatments such as oncolytics who have seen their prescription go unfilled because of issues with PBM formulary coverage.

Recently, the General Assembly has taken critical steps towards achieving effective health care policy in the commonwealth, but there still remains much more work to be done. At the beginning of the COVID-19 pandemic, a group of students across the nation came together to establish The Greater Good Initiative, a youth-led policy think tank that writes and advocates for legislation on the local, state, and federal levels. Seeing the need for more health care reform in the commonwealth to help Virginians better sustain their existing household incomes, the Economic Policy team spent recent months drafting a three-pronged legislative approach that provides immediate and long-term health care solutions to the General Assembly. This includes: 1) a $100 indexed price control on the co-sharing payments of epinephrine auto injectors, 2) revising the role in which Pharmacy Benefit Managers can affect patients’ rights — such as securing medication on a timely basis and ensuring non-fiduciary medical access — and 3) expanding and empowering the existing Joint Commission on Health Care to oversee and recommend further measures regarding healthcare and medication price controls to the General Assembly and governor.

By implementing all three of these legislative proposals, which we hope the General Assembly will take up next year, the commonwealth can take a giant leap towards ensuring the protection of patients’ rights across marginalized communities and open the door for economic opportunities for low-income families who are currently hindered by high out-of-pocket healthcare costs.

Jacob Ellis and Ishyan Veluppillai are the co-directors of economic policy at the Greater Good Initiative, a youth led, nonpartisan think tank. Jacob is a senior at Princess Anne High School in Virginia Beach, and Ishyan is a first year student at the University of Virginia. 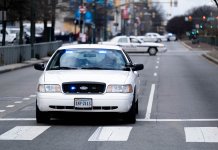 Fixing health care in the commonwealth

Redistricting: There’s a better way to do this