Lawmakers in the House of Delegates are advancing legislation to hire an independent ombudsman to investigate complaints and conditions in Virginia’s prisons, which have faced a string of lawsuits alleging mistreatment and subpar medical care.

The proposal won enthusiastic support Thursday when it was heard by the House’s public safety subcommittee, advancing with bipartisan support on a 7-1 vote. (The sole opponent, Del. Ronnie Campbell, R-Rockbridge, did not speak on the measure during the hearing.)

Lawmakers on the panel expressed frustration with what they described as a lack of credible oversight of the state’s Department of Corrections, which is the state’s largest agency, with 12,000 employees and a budget of more than $1 billion.

The state’s prison system used to be overseen by the State Board of Corrections, but in 2011, the General Assembly passed legislation limiting the board’s authority to local and regional jails.

Efforts to increase transparency since then have faltered, including bills that would have restored authority to inspect state facilities to the board.

At the same time, the Department of Corrections has faced a steady string of litigation brought by prisoners. In 2014, the department settled a lawsuit brought by inmates at Fluvanna Correctional Center for Women alleging substandard medical care. A judge ruled in 2019 that the department was failing to uphold the terms of that settlement, writing in his decision that “some women have died along the way.”

Last year, the department settled a lawsuit alleging unsafe conditions amid the pandemic, agreeing to allow limited outside oversight by the inmate’s lawyers at the ACLU of Virginia. And earlier this month, the department agreed to pay $115,000 to an inmate who alleged he was held in solitary confinement for more than 12 years “for no legitimate reason.”

Hope said he believes his proposal can head off such issues before they rise to the level of a lawsuit. The position would be appointed by and report to a newly created board independent of the Department of Corrections. The legislation does not envision any enforcement role for the ombudsman, but proposes that their findings be shared with the public, General Assembly and the governor’s office.

“I hope and believe that if this ombudsman points out a clear civil rights violation that one facility is making, and they’re aware of that, they’ll make correctional action,” he said. “We shouldn’t have to take them to court and have a settlement.”

The Department of Corrections took no formal position on the legislation, but Hope suggested the department’s leaders are subtly attempting to tank the bill over budgetary concerns by suggesting the new office would cost $11 million to establish. Hope said he modeled his legislation off a program in Washington state, which operates on a budget of $1.5 million a year, which he framed as a drop in the bucket considering the department’s billion dollar budget.

“I don’t believe DOC would be so bold to publicly oppose the bill,” Hope said. “I do think that they don’t want this bill because they don’t want somebody looking over their shoulder and making recommendations because I think they believe that they do everything well.”

The prison system’s legislative liaison, Jerry Fitz, did not respond to Hope’s comment, but pointed out the department is already subject to various layers of oversight, including an internal special investigations unit and audits every three years by the American Correctional Association.

“So as you can see, there is a level of oversight within the department,” he said.

Lawmakers on the committee responded that they think another layer of scrutiny is warranted.

“What we have been hearing loudly for at least the past two years from our citizens is that we need transparency and due process in so many areas of our criminal justice system,” said Del. Kay Korey, D-Farifax, “and this is a giant step toward bringing that transparency and due process to Virginia and our criminal justice system.” 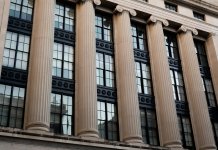 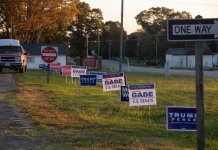