Former Gov. Terry McAuliffe entered 2021 with more money in the bank than all other candidates for governor combined, according to year-end campaign finance reports that were due Friday.

McAuliffe, who was expected to have a strong money advantage given his background in political fundraising and ties to national Democrats, began the year with more than $5.5 million on hand.

Del. Lee Carter, D-Manassas, who just officially entered the field Jan. 1, reported about $7,000 on hand in his House of Delegates re-election account.

The new reports cover money raised in the second half of 2020, from July 1 through Dec. 31.

On the Republican side, former House Speaker Kirk Cox, R-Colonial Heights, reported about $690,000 between his gubernatorial and delegate fundraising accounts. Sen. Amanda Chase, R-Chesterfield, reported roughly $235,000 between her two accounts.

Republicans are still trying to sort out how they’ll pick their nominee. The party’s current preference is for a nominating convention, but some want to switch to a primary to allow more people to participate and avoid the logistical problems of trying to safely hold a mass gathering with the COVID-19 pandemic expected to continue well into 2021.

Deeds was also outspent by McAuliffe in that year’s Democratic primary yet he won the nomination by a large margin.

The McAuliffe campaign touted his overall fundraising for 2020, $6.1 million for the year, as a record-setting sum for the year prior to a gubernatorial election.

Money won’t be the only factor in a five-way Democratic primary. The party has said it plans to hold four debates before the June 8 primary, and candidates have just begun rolling out their policy platforms.

But with McAuliffe already enjoying strong name recognition as someone who’s already been governor once, his four competitors will be trying to raise their statewide profiles and reach voters who may not pay close attention to the statehouse.

More details on the campaign finance reports are available here from the Virginia Public Access Project.

With the start of the General Assembly session last week, Democratic candidates who currently hold office will have to put fundraising on hold due to Virginia’s ban on in-session fundraising. That won’t be an impediment for McAuliffe and Carroll Foy, who abruptly resigned from her House seat last year in part so she could continue to raise money. 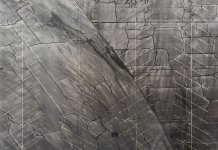