Jim and Tammy Faye Bakker singing “Praise the Lord” on the TV was the soundtrack of my childhood.

As I’d get ready for school or play, Tammy Faye and her big fake eyelashes, painted-on eyebrows and glowing tan cheeks would grin and sit next to Jim, who looked like he belonged in the principal’s office. They’d talk about Jesus.

I soaked it up, along with my four sisters and two brothers just trying to get through life in a town of a couple thousand in the southwest corner of North Dakota. Mom sent the Bakkers plenty of donations, I’m sure, as she did all preachers and prophets who met her approval and helped her raise seven kids while her husband went broke selling real estate in the middle of nowhere.

I didn’t know it then, but there was an oil boom out there in the ’70s that went bust, and took the briefly booming real estate market in Bowman, N.D., with it. Mom planted a garden about half the size of a football field, canned everything she could, and never said a word to us about Dad not being able to pay the mortgage.

She just praised the Lord and kept it moving.

I don’t remember Mom mentioning it when I was a senior in high school and Jim and Tammy Faye’s televangelism empire came crumbling down amid a sex scandal and criminal indictments and news of Rolls Royces, a jet and air-conditioned doghouse.

Didn’t matter. Mom continued to migrate away from the Catholicism of her youth to evangelism. And where she went, the family followed. Church became less monotonous, that’s for sure. Less rote from Rome, more speaking in tongues and raised hands and closed eyes.

I did my best to go along, reading the whole Bible in junior high and losing a boyfriend who got freaked out when he would call and ask what I was doing, and I’d say “reading my Bible.” I mean, nobody wanted to date a Jesus freak.

When the Bakkers crashed, they turned to fellow televangelist Jerry Falwell Sr. to take the reins. Falwell founded the Moral Majority, a powerful Christian lobby in the 1980s. My parents were receptive to the message, and converted from the Democratic–Nonpartisan League Party they’d joined while teachers to the Republican Party, primarily due to their opposition to abortion. By now, they were picketing outside abortion clinics and even our local hospital, which they believed was also performing abortions.

My parents joined a non-denominational Christian church, where evangelist Lowell Lundstrom once stopped on a swing through Bismarck. By then I was a young journalist, and asked my boss if I could cover one night of Lundstrom’s revival at the Bismarck Civic Center. I wrote about his fire-and-brimstone message, then went backstage to talk to Lundstrom. He clutched my hand and listened intently, it seemed, before suddenly turning away to resume eating his cookies. I wrote about that, too.

I was a believer, but also a believer in telling the truth. That hasn’t changed.

Three of my siblings had a rare form of muscular dystrophy that caused their muscles to literally waste away, putting them in wheelchairs and robbing them of vision, speech and the ability to feed themselves.

One televangelist who helped my brother Dusty and sister D’Ette get through the days was Joyce Meyer, a cocksure, straight-talking power-of-positive thinking preacher. When my brother could no longer make out our faces and his few friends dwindled and hope of marrying died, he would sit in his room and listen to Meyer’s CDs, and cry out to God for help. He loved Christian rapper Toby Mac, and his mantra to “speak life,” frequently dropping it on our foul-mouthed mother.

My sister D’Ette — who lives on Social Security disability income alone in a manufactured home — donated to Meyer. She doesn’t regret it.

My brother David died in 2009, and Dusty in 2015. I was there when they died in their bedrooms in a duplex that they rented from the county so Dad could be their care provider for years. 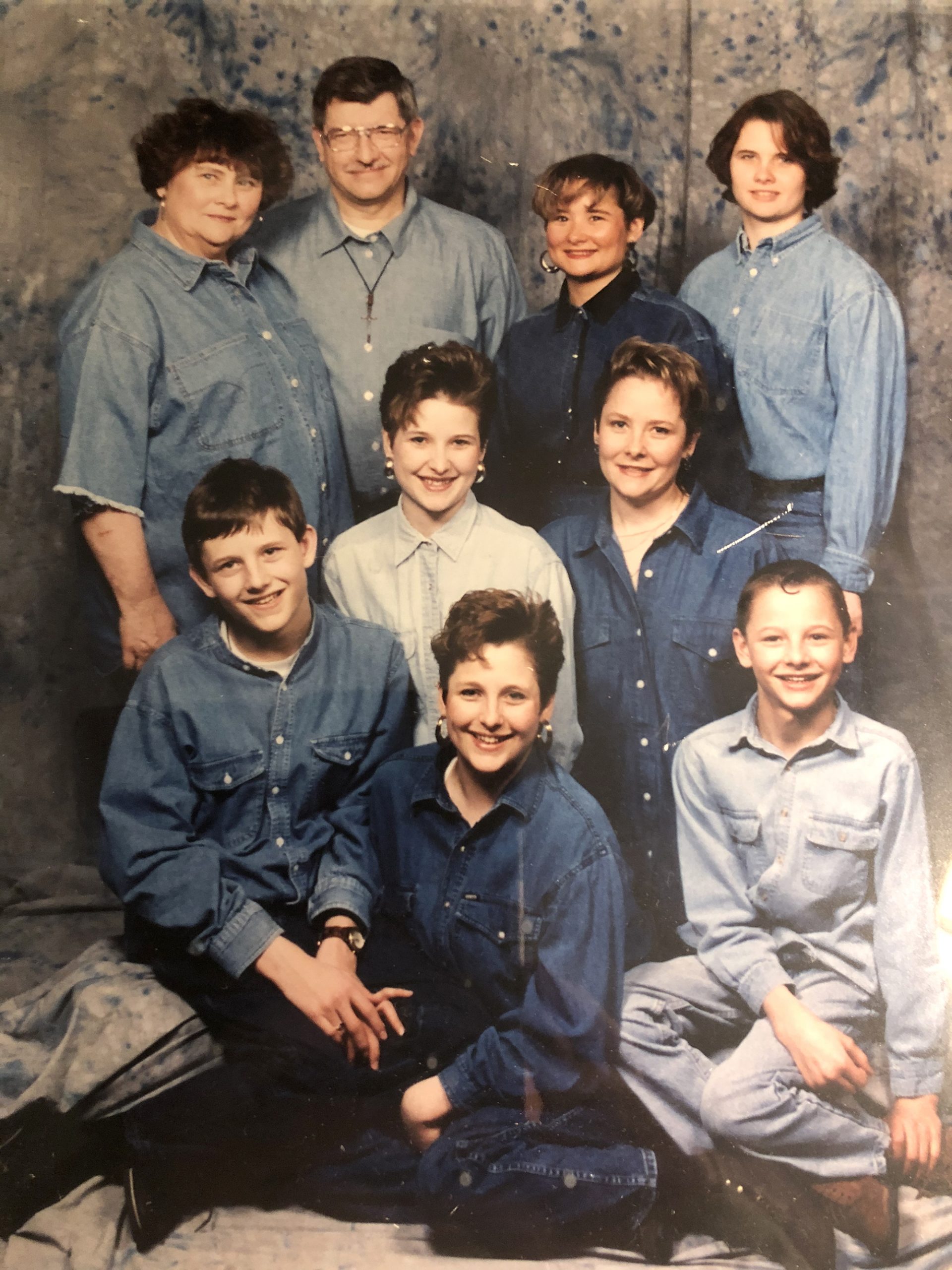 When Dusty died, Mom threw herself on his lifeless body and sobbed — both she and Dusty believed to his dying breath that he would be healed by God. He wasn’t. She didn’t lose faith, despite her pain.

I don’t remember talking politics much in our house until FOX News arrived and Dad got hooked. He was the only one who would regularly parrot FOX talking points — until Donald Trump came along.

That’s when many of my right-leaning, mostly Catholic and Christian friends and relatives in the Midwest got more engaged in politics. Since 2016, they’ve steadily become more brashly political in their social media posts and conversation.

FOX News sparked their interest, but Trump poured gasoline on it. He’d staked out space on the right, opposed to abortion and promising to put God back in the classroom. He had the same conservative stances as other Republicans, but they seem to love his in-your-face style. His refusal to back down. He is one of them (even though he was a Manhattan developer who probably never worked the farm a day in his life).

Now Dad has a ring shaped like Trump’s face. His friend gave it to him as a joke; he wears it to annoy the libs. Mom’s favorite prophets said Trump would win if they prayed hard enough (I’m paraphrasing). Roe vs. Wade will be overturned, they predicted.

A few weeks ago, Mom went to Arizona to visit her acolyte granddaughter, and they went to a Trump rally. Mom wore a red MAGA hat and shirt as they sang and protested what they saw as fraudulent election results.

They’re Pentacostal Christians who believe in so-called prophets who predicted Trump would win again. Some of the prophets are beginning to regret their missed calls, including Jeremiah Johnson, who says he’s now getting death threats from Christians.

Trump’s televangelist pastor, Paula White famously called on angels from Africa and South America to help Trump win, and promised he would.

Former U.S. Rep. Michele Bachmann posted a video Nov. 9 asking God to use his “strong iron rod” to “smash the delusion” that Biden won the election.

In August, both Mom and Dad contracted coronavirus (along with seemingly much of North Dakota) and Dad ended up in the hospital for 10 days. But they recovered and now Mom still often refuses to wear a mask in stores.

While helping report a story for the New York Times this summer, I was asked to interview Trumpers who’d attended the president’s Duluth rally — where it turned out he probably had COVID-19. The editor figured some of Trump’s supporters would sour on him. I laughed inside, knowing that was unlikely.

My people’s allegiance to Trump has created some tension, given I get paid to write the news and find the facts and separate wheat from chaff. There’s a whole universe of alternative news out there now, so you can find a source to affirm whatever you believe.

They argue over what’s truth and what’s fiction. They don’t believe me anymore. They think I’m fake news. They haven’t yet called me an enemy of the people.

Now that it’s become pretty clear that Trump is leaving — despite what some prophets said — they’re still keeping the faith. “It’s not over,” my mom texted Thursday, one day after Trump supporters stormed the U.S. Capitol. “It has only begun! Button up your overcoat!”

I interviewed a Prior Lake woman the same day, and she said similar things.

And so when I saw those “patriots” break through barricades in D.C. and storm the Capitol, I got it. They were like my parents, who would never storm the Capitol but haven’t lost faith, even though they’ve been snookered by spiritual leaders their whole lives. Trump is just the latest to say one thing and do another and not lose their adulation.

It’s not over. Praise the Lord.

Deena Winter is a freelance journalist who has covered state and local government in four states over the past three decades. This piece originally appeared in the Minnesota Reformer. 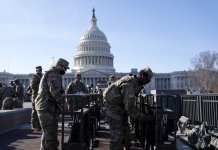 ‘Fraudster preys on the poor:’ an all too familiar story