No new law regulating police confrontations with the mentally ill probably will comfort Princess Blanding. After all, a Richmond police officer gunned down her brother as he was undergoing a crisis two years ago — after he’d struck other cars while driving; fled his own vehicle while naked; and threatened to kill the officer.

It was a little shocking, if totally understandable, that Blanding fired shots of her own last week — verbal ones. They were aimed directly at Gov. Ralph Northam and the General Assembly.

The scene was a ceremonial signing of a law that passed during this year’s special session, which will send mental health professionals alongside police in similar situations. Blanding had lobbied for different, arguably tougher legislation. It would’ve placed mental health officials in the lead role when police are called to specific crises, such as the one that killed 24-year-old Marcus-David Peters. The high school biology teacher was Blanding’s brother.

Blanding also has stated police should only be allowed to use nonlethal force on people in crisis.

“Please take a moment to pat yourselves on the back for doing exactly what this racist, corrupt system … expected you all to do, make the Marcus Alert bill a watered down, ineffective bill that will continue to ensure that having a mental health crisis results in a death sentence,” said Blanding, who’s Black, according to The Associated Press.

Northam and sponsors of the legislation stood nearby.

I totally get her anger. She lost a loved one who was unarmed, unstable and desperately needed help that day in May 2018. (Reviews by two Richmond commonwealth’s attorneys have cleared the officer who fatally shot Peters of criminal charges.)

I couldn’t reach Blanding by phone or email this week.

Yet the new law is progress. It’s an acknowledgment that encounters between the police and people suffering a mental break too often end in death, leaving families grieving — and law-enforcement officials saying they had little choice but to fatally shoot or seriously injure someone.

Mental health workers are better equipped to navigate the incidents and try to keep violence at bay. They may have had previous contacts with the person in crisis.

Law-enforcement agencies in Virginia, if they’re truly attuned to the serious mental health issues afflicting the people they serve, have already modified police procedures. I know this based on the incidents I’ve written about over the past decade, and how some agencies, like the Norfolk Police Department, have trained more officers in crisis intervention.

Part of the problem is we don’t usually hear about success stories, in which police defused a situation, calmed down the person and got him the treatment he needed. In a 2016 column, I noted that Norfolk police crisis intervention teams had covered 656 calls in a recent 15-month period. No citizens were injured during those calls, a police supervisor told me.

Instead, we learn in agonizing detail when police kill someone. The victims oftentimes weren’t armed. Or maybe they had knives, but not the firepower that officers can use.

It’s also a truism that loved ones must think — and think again — about calling police in these scenarios. Yes, officer training is changing. Police, however, still might not be equipped to defuse a situation without seriously harming someone.

This issue affects me personally.

I have an older brother who suffers from cognitive and psychiatric disorders, paranoid delusions, and other behavioral issues. One day in 2017, the assisted living home in Maryland where he was staying called police because of his actions; he tried to bite the officers after they arrived.

My family was lucky the arriving officers understood his conditions and didn’t harm him. They instead took him to a hospital psychiatric unit. My sisters and I are aware the situation could’ve turned out tragically.

A check of news stories in Virginia over the past several years shows the potential dangers when police face people with mental problems:

• Virginia Beach police killed Jeffrey Tyree in February 2019 during a long standoff outside his mother’s house. An article at the time, citing police and witnesses, said Tyree, 57, had been holding a knife to his throat and threatening to kill himself when police arrived.

• Police killed Gay Ellen Plack, who was armed with an ax inside her home, in September 2019 in Henrico County. The 57-year-old woman suffered from bipolar disorder, and police had gone to the home for a welfare check. A report from the county’s chief prosecutor after the slaying said, since 2010, Plack had had at least 15 previous incidents with Henrico police.

The absence of nonlethal tools for police, as well as training that suggests perceived “threats” must be eliminated, play outsized roles in these cases.

The new law can be strengthened, of course, as Northam noted after the ceremonial signing last week. Yet the current version can be a huge step to lead to fewer deaths — and less grief for relatives — when police rush to a scene of someone in crisis. 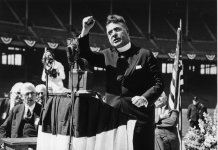 Despite grief and anger, new policing law is progress

Before calling for reopening economies, ask yourselves who’s expendable