The marijuana legalization debate moved into the mainstream of Virginia politics this week when Gov. Ralph Northam announced he’ll propose legislation in January allowing recreational use of the drug.

As lawmakers begin to seriously consider what a legal marijuana market might look like in Virginia, here’s a preview of some of the looming policy decisions identified by Virginia’s Joint Legislative Audit & Review Commission, which recently released a 200-page report on the issue.

1. Should past weed convictions be expunged?

Uneven enforcement of marijuana laws has been a primary driver in the push for legalization here. The report’s authors found Black Virginians were 3.5 times more likely to be arrested for simple possession than Whites despite using the drug at the same rates.

Many states that have already legalized the drug have also allowed expungement of past convictions that are no longer crimes, namely simple possession by an of-age adult, and Virginia’s study concluded that expunging past convictions would go far to address racial inequality associated with marijuana enforcement by lifting barriers to employment and housing.

The reviewers cautioned that the process should be automatic and not subject to additional limitations, citing experience in Illinois where lawmakers limited expungement to possession of less than 30 grams that were not committed in conjunction with a violent offense — rules they said ended up being cumbersome to administer.

2. How will police handle driving-while-intoxicated offenses?

The review predicts that legalization wouldn’t substantially impact law enforcement workloads one way or the other, finding that few departments prioritize marijuana investigations and estimating that statewide officers spend less than a tenth of a percent of their time on the issue.

But more widespread use of the drug does raise questions about how to enforce driving while intoxicated laws, according to the report, which notes that, unlike with alcohol, there’s no way to scientifically measure impairment because blood tests for THC content are considered unreliable. (The report notes marijuana use is increasing already and the state will have to deal with the issue with or without legalization.)

They suggest the issue could be addressed with drug recognition training, which few officers currently have. They also suggested new laws discouraging consumption in cars by prohibiting use and open containers in passenger areas.

3. Should the state try to stop big corporations from dominating the market?

Some lawmakers have expressed a desire to keep big, out-of-state companies from dominating the new market. The report says Virginia could discourage the trend by prohibiting single companies from holding cultivation, processing and retail licenses.

The trade-off, researchers wrote, would be a less efficient marketplace with slightly higher prices. But more expensive products wouldn’t necessarily be a bad thing, they said, because higher prices would help keep products away from youth users and discourage overconsumption.

They also suggested the state could encourage small businesses to join the marketplace by allowing unlimited licenses for small producers, who could sell their own products, functioning like breweries do today (minus the onsite consumption).

4. Should business owners with past marijuana convictions get a leg up?

Again, lawmakers have said equity will be a key focus as they pursue legalization. One area researchers have looked at is ways to make sure the industry isn’t dominated by White men, as surveys show it has been in other states.

They wrote that no state has so far succeeded on this front and Virginia likely would not be able to set aside licenses or incentives for Black applicants under Virginia law. But they said the state could try to work around that limitation by targeting policies like reduced license fees, business startup financing and mentorship to people with past marijuana convictions who live in areas that have historically seen a high number of arrests.

They note it wouldn’t be a perfect solution, observing the policies would make a wealthy college grad in a gentrifying area eligible for the same benefits as “a high school graduate from a low-income neighborhood.”

5. How high should the tax rate be and how should the state spend it?

The report recommends the state impose a tax on sales of between 25 and 30 percent, which the authors say is in line with other states, isn’t so high that the legal market wouldn’t be able to compete with the black market and would eventually generate upward of $300 million a year.

They said the state should also consider higher taxes on more highly processed products, like edibles, which are easier to consume and more potent than the plant’s flower.

When it comes to spending that money, they write that broadly earmarking it for “large programs like education could help fill budget gaps but would have little impact on any individual community.” On the other hand, they suggest spending it on targeted social equity programs could help address historical harms of the war on drugs, by, for instance, creating a community reinvestment grant fund or dedicating it to high-poverty school districts.

6. Should people be allowed to grow their own at home?

The report suggests home cultivation could be treated like homebrew beer and is allowed in 10 of 12 legalized states.

If Virginia chooses to go that route, they suggest a cap of between two and six plants per person and a maximum of 12 plants per dwelling at any given time. They estimate allowing two plants would yield eight to 16 ounces of marijuana per year, “which would be enough for a moderately heavy user.”

They also suggest prohibiting people from pooling their plant allowances, as some states have, which has resulted in large, unregulated grows.

7. Should Virginia’s liquor board be put in charge of cannabis?

Tasking Virginia’s Alcoholic Beverage Control Authority with regulating cannabis would be the quickest, cheapest way to get the new market off the ground, the report suggests.

That doesn’t mean they think the state should have a monopoly on sales like they do liquor. The authors note that with the drug still illegal at the federal level, getting directly involved in production or sale would likely open the state up to federal enforcement actions.

There would be benefits to creating a brand-new state agency dedicated to regulating cannabis, they say, because it would have a singular focus and flexibility to emphasize priorities like social equity initiatives.

8. How much say should localities have in allowing marijuana businesses?

Lawmakers could choose to allow local governments to opt out of the commercial market, essentially banning any retail, farming or processing facilities.

But the report’s authors warned that those localities shouldn’t be allowed to pick and choose what elements of the industry they want to allow, for instance, permitting commercial cultivation but banning sales. They also suggested that the state should not allocate any new tax revenues derived from the programs to local governments that don’t participate.

JLARC said it surveyed local governments and, while they’re not naming any names, they said generally leaders in Northern Virginia and Hampton Roads expect they’d want to participate in the marketplace while leaders in Southwest and Southside Virginia were more skeptical. 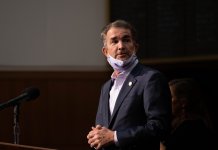 Virginia lawmakers say door is open to legalizing marijuana in 2021