Although some activists were confident in the wake of the July cancellation of the Atlantic Coast Pipeline that Mountain Valley would soon follow suit, the project keeps plugging along even as costs rise, its timeline is extended and the courts continue to cast a skeptical eye on permits issued by federal agencies.

Given the intricacies of pipeline development and the legal challenges that surround it, you could be forgiven for only having a fuzzy understanding of where the project stands. Nearly every aspect of the pipeline remains in dispute, from the public’s need for it (Mountain Valley says the Southeast faces a natural gas shortage, while opponents point to an oversupply of the resource within the region) to how much of the project is completed (Mountain Valley says 92 percent, while opponents say the estimate should be just over 50 percent and federal regulators have calculated only 84 percent has been installed).

After a year’s pause in pipeline construction, though, work is cranking up again, and both sides are preparing to begin their fight anew. Here’s some key things to know about where Mountain Valley stands and where it may be headed.

In October 2019, the Federal Energy Regulatory Commission ordered that all construction on Mountain Valley except restoration and stabilization activities “cease immediately” after the 4th Circuit Court of Appeals found flaws in the project’s required U.S. Fish and Wildlife Service permit.

This October, in the wake of a new authorization from Fish and Wildlife, FERC on a 2-1 vote lifted the stop-work order, contending that “completion of construction and final restoration … is best for the environment and affected landowners.” Opponents have already mounted a legal challenge.

Not included in the ruling? A 25-mile stretch of the pipeline route known as the “exclusion zone” that crosses through Virginia’s Jefferson National Forest. Approval to cross these lands is required from the U.S. Forest Service, but a prior authorization was struck down in 2018. A new environmental study from the Forest Service has been working through the review process and faces significant opposition.

On Monday the Richmond-based 4th Circuit issued a ruling that effectively bars Mountain Valley from continuing any construction related to its crossing of hundreds of streams, rivers and wetlands in Virginia and West Virginia until a broader case about the validity of its water-crossing permit is settled.

Project opponents — which include the Sierra Club, Appalachian Voices and Chesapeake Climate Action Network, among others — had argued that “irreparable harm” to the environment would result if stream-crossing work wasn’t halted before the resolution of the larger case. In August, Diana Charletta, president and chief operating officer of Mountain Valley developer Equitrans Midstream, told analysts on an earnings call that the company intended to try to cross “critical” streams “as quickly as possible before anything is challenged.”

MVP attorney George Sibley told the 4th Circuit that the developer’s haste is in recognition “that our opponents are implacable.”

“We have the authorizations,” he said Monday. “We are not going to wait to get sued and wait for those lawsuits to be resolved.”

Mountain Valley has argued that its stream-crossing permit is valid and that by delaying construction, the company is suffering severe financial harm amounting to losses of $20 million per month. Derek Teaney, an attorney for Appalachian Mountain Advocates representing MVP’s opponents, however, characterized those losses as “self-inflicted” because of ongoing deficiencies with agency approvals.

What is Nationwide Permit 12 and should Mountain Valley keep it?

The clunky name borne by Nationwide Permit 12 belies its importance. This blanket authorization from the U.S. Army Corps of Engineers acts as a single permit that covers all water crossings affected by certain types of infrastructure projects like pipelines. The Corps then issues “verifications” for particular projects specifying that they comply with the nationwide permit.

The 4th Circuit revoked the permit for crossings in West Virginia in 2018, leading to the suspension of authorizations to cross water bodies in Virginia as well. Later modifications of water quality standards in West Virginia subsequently led the Army Corps to reinstate the necessary verifications in both states.

Opponents, however, say the new verifications are invalid because the West Virginia modifications relaxing water quality standards were unlawful. “When it comes to NWP 12, one bad apple spoils the bunch,” Teaney wrote in a court filing this October. “That is, if even one stream crossing by a pipeline is ineligible for NWP 12, then so too is every stream crossing.”

The 4th Circuit’s ruling earlier this week to suspend the verifications, effectively halting construction across water bodies, didn’t include an explanation of its reasoning, which is expected to be issued at a later date. But it does indicate the court believes there is merit to the opponents’ argument. Nevertheless, MVP spokesperson Natalie Cox in a statement said the company is “hopeful and expect(s) that once the case is reviewed on the merits of the arguments there will be a different conclusion.”

The dispute over Nationwide Permit 12 is a roadblock for Mountain Valley, but not an insurmountable barrier

Importantly, the 4th Circuit’s ruling this week doesn’t stop construction on the pipeline — it just halts work related to stream crossings. In the meantime, Cox noted, “crews are continuing with all other aspects of the project — including forward construction work in various upland areas along the route, as authorized and permitted.”

Furthermore, if Mountain Valley is unable to get its Nationwide Permit 12 verifications restored, it still has options. During a Nov. 3 earnings call, Equitrans Midstream president Charletta told analysts that “if the Nationwide 12 is not a possibility for us, we actually still have two options. One is to ask FERC for approval to bore (under streams) and two is the individual permit.” Most likely, she continued, would be pursuit of “a combination of both.”

According to Charletta, Equitrans Midstream’s new target in-service date of the second half of 2021 accommodates these other possibilities. The legal battle, however, is expected to stretch into at least the spring.

Nationwide Permit 12 has taken a battering in 2020. In April, a surprise ruling by a federal district court in Montana invalidated the entire Nationwide Permit 12 program on the grounds that the Army Corps had failed to consult federal agencies about endangered species impacts when it reissued the permit in 2017.

In July, the U.S. Supreme Court reinstated the permit for all projects except the Keystone XL pipeline. The dustup, however, has led the Army Corps to propose significant revisions to its permit — and criticism of the nationwide program’s handling of endangered species is part of the case opponents are making before the 4th Circuit.

The delays have been extremely costly for the project

From an initial estimate of $3.7 billion, projections of Mountain Valley’s cost have since risen to almost $6 billion. In February 2019, energy analyst BTU Analytics calculated that Mountain Valley was the most expensive major pipeline in the works, clocking in at a cost of $15.1 million per mile. At the time, the project’s estimated price tag was $4.6 billion.

What that means for investors is unclear. In their decision to cancel the 600-mile Atlantic Coast Pipeline, developers Dominion Energy and Duke cited the project’s ballooning costs, which eventually hit $8 billion. But others, like officials from EQT Corp. — which used to own Equitrans Midstream and maintains close ties with it — have maintained that the loss of Atlantic Coast has made Mountain Valley “more desirable.” 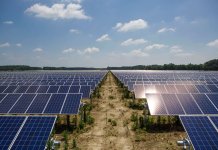 Mountain Valley Pipeline faces another legal roadblock. What does that mean for the long-embattled project?