People in most places would be appalled if the chairman of the court-appointed Electoral Board — which is supposed to guarantee fair and accurate voting — tried to encourage a mayoral candidate to drop out with just weeks left in the campaign.

In Portsmouth, the quaint city of just under 100,000 residents in Hampton Roads, it’s merely another day ending in “y.”

This is the same place where a state senator — among the leading Black elected officials in Virginia — and others face felony charges for their roles in a protest at Portsmouth’s Confederate monument. Louise Lucas, who told police they couldn’t arrest protesters about to spray paint a Confederate monument, had left hours before the worst of the protest, when a man was seriously injured by a toppled statue, so the charges are dubious. The Washington Post editorialized that the case against her is an “example of rogue local police making a mockery of justice.”

Portsmouth is where a former council ousted the then-city manager, who’s White, in 2015, in what I called score-settling. (Incidentally, you might need a flowchart: Current Mayor John Rowe was the person the council terminated back then.)

It’s where a past mayor, who’s Black, was detained by the then-White sheriff in a farcical vehicle chase over an expired inspection sticker. The two were political rivals.

Let me be clear: It’s not that folks in the port city approve of the current chicanery by William Watts Sr., who’s been on the three-person Electoral Board for more than 20 years. He had no business mucking up things, even if it’s unclear whether Watts violated state law.

It’s just that, at the intersection where race, politics and power meets, this is sadly par for the course. Shenanigans like this happen elsewhere, but they’re blatant in Portsmouth.

The Virginian-Pilot reported — and Watts confirmed to me in an interview Tuesday — that he urged Tony Goodwin, who’s White, to drop out in favor of Danny Meeks, who’s also White. That would make it tougher for council member Shannon Glover, who’s Black, to win the top spot.

“Shannon gets in, and we don’t have a majority,” Watts, who’s White, can be heard saying in an audio recording Goodwin made. “I can’t tell you how many people have told me that if Danny don’t win, they’re moving because that’s Portsmouth’s last shot.”

Seeing Meeks up close during his public career, I’ve never viewed him as Portsmouth’s “savior.” But I’ll save that conversation for another day.

Such maneuvering happens all the time, often behind the scenes. What’s unacceptable is an election official participating in the stealthiness.

Watts repeatedly denied his motive was racial when I asked what he meant by “a majority.” He told me he instead disagrees with Glover’s liberal politics.

Watts is a Republican. City Council contests are officially nonpartisan, but it’s usually clear if candidates lean left or right on the issues.

Watts’ denial — if you buy it, and I’m skeptical — may be a distinction without a difference, however. Particularly in a city riven by race, and where disagreements are often right at the surface.

Many communities in Virginia and around the country face similar controversies. That’s especially so in localities where the breakdown is roughly half-White, half-people of color, and where Blacks haven’t always enjoyed a consistent majority on municipal bodies.

Portsmouth, for example, is now 53 percent Black and 40 percent White. The population has lost a few thousand people since 2000, and it now has just under 96,000 residents. The seven-member City Council currently has four Whites and three Blacks; many high-profile, contentious votes are split along racial lines.

That’s why I’ve included the race of the players in this column.

I get the impression longtime Black residents and local activists believe the council majority should now reflect the changing demographics. They believe city policy should prioritize Black neighborhoods which were neglected previously, for example.

Eric Claville, director of the Center for African American Public Policy at Norfolk State University, told me Portsmouth “represents a microcosm of the past, and how it’s been so hard for African-Americans in some areas to get past the past.” (Full disclosure: Claville and I have occasionally appeared together on WHRV-FM’s “Another View” public affairs show.)

Claville sees similar dynamics in Portsmouth and a city like Danville: Limited resources. Median household income much lower than the state’s. Lack of ability to expand geographically. Difficulty in boosting economic growth. And a Black population that’s roughly equal to the number of Whites.

That often leads to discord. “It’s a toxic mix of control,” he added.

When that happens, even simple problems become divisive. Politicians vote along the usual fault lines, instead of truly weighing an issue and deciding what’s best for the entire city. Race can then overwhelm reason.

Watts, the Electoral Board member, told me Tuesday he’s not resigning. That’s misguided, since his action was unethical, if not illegal. His meddling will cause an outcry if the vote total is close. Quit the board, and he can play the power broker all he likes.

The difference is the public now knows about the machinations in Portsmouth. The political deceit happens elsewhere, just more covertly. 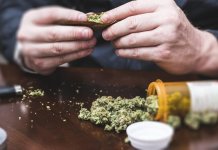 Virginia, here’s why you should worry about your newspapers