When Del. Tony Wilt, R-Rockingham, introduced a budget amendment funding a study on creating a new 43-mile long rail trail in the Shenandoah Valley, the odds of the proposal making it into the final budget for the governor to sign looked slim.

After Wilt’s amendment was stricken from the House version of the budget, the idea appeared doomed.

However, thanks to the efforts of his regional ally, Sen. Emmet Hanger, R-Augusta, the measure made it into the Senate’s budget to be adopted by the two bodies’ conference committee last week. Now, a longshot proposal with broad popularity is set to take its first official step towards becoming a reality.

From abandoned to attraction

Brandon Davis, the executive director of the Northern Shenandoah Valley Regional Commission, first remembers the idea of a multi-use rail trail through the valley surfacing back in 2008 when he worked as a planner for Shenandoah County.  “I’ve seen a couple different efforts, but this is the most serious one yet,” he said.  “After Mayor Jeremy McCleary of Woodstock started a committee looking at this trail, excitement grew from that one town to the surrounding counties and then to the regional level.”

If the currently abandoned rail line were to be converted into the proposed 43-mile long walking and biking path, the partnership’s members hope the facility would become a boon to the local economy and residents’ quality of life. “Many segments of this rail corridor haven’t had a train on them in 20 years,” said Kate Wofford, the executive director of the Alliance for the Shenandoah Valley. “The line has weeds, grass and trees growing over it and currently isn’t doing anyone any good right now. What these communities want to do is make this forgotten rail corridor into something that breathes life back into the region.”

There’s gold in them there trails

Not too long ago, when a freight rail corporation discontinued one of its lines, the decision served as a harbinger of inevitable economic stagnation and population decline for Virginia’s small towns and more rural regions. Today, those same communities have begun to view abandoned train tracks as a potential cash cow due to the growing popularity of rail trails as both popular tourist attractions and critical transportation infrastructure.

Converting a discontinued rail line into a multi-use walking and biking path may seem an odd revitalization strategy, but thinking in rural Virginia has changed since the success of similar projects like the the 57-mile New River Trail which brings in over $15 million in visitor dollars and the 31-mile High Bridge Rail Trail in Farmville — now frequently referred to as that town’s economic engine. With another 49-mile rail trail rejuvenation planned on the Eastern Shore, the concept has almost grown into a standard prescription for communities abandoned by freight rail.

“When I think about the future of Woodstock if this trail were to happen, the resulting economic development potential would be absolutely huge,” McCleary said. “Our growth concept over the past couple of years has been to serve as a basecamp for people wanting to access the great outdoors. Not only would we have visitors who would come to the Valley to bike the trail, on top of that they would be eating in our towns, staying in our towns and shopping in our towns. The tourism would be a windfall. Because this potential trail runs straight through our downtowns, I envision shops opening right along it.”

By linking six Civil War battlefields, eight charming towns and the brand new Seven Bends State Park, the proposed trail would certainly offer potential visitors plenty of pit stops. “The empirical evidence suggests that trails are economically successful and become engines for the local economy, but that’s not our inspiration to explore this endeavor,” Davis said.

Beyond the trail’s economic promise, his vision for the project stems from a shared sense of place and a chance to help locals and visitors alike better connect with the region’s pristine nature. “This rail corridor is a central vein running through these communities, and it offers access to beautiful views, preserved farmland and gorgeous river valleys. You see things from a bike that you would never see from a car because you’re traveling at a different speed. You smell the air, you see the world around you, the space itself is the inspiration.”

Davis isn’t the only advocate who believes the trail’s completion could trigger a biking boom. Those interested in taking to two wheels in the Shenandoah Valley currently have few safe routes to choose from due the region’s lack of separated paths and protected bike lanes. “In the more urban areas of the state, large road projects will accommodate non-motorized vehicles with shared-use paths next to them, but in rural areas highway projects rarely do that,” said Kyle Lawrence, executive director of the Shenandoah Valley Bicycle Coalition.

While hosting Bike Virginia’s annual Bikeorama ride last year, Mayor McCleary witnessed the pent up demand for safe and accessible bike infrastructure. “Thousands came to bike from Woodstock to Harrisonburg on roads that aren’t that bike friendly at this point,” he said. “If we had the right infrastructure for people to bike and walk here, imagine what that could do for our quality of life.” In response, Woodstock recently adopted its first ever Bicycle & Pedestrian Trail Master Plan to build out 12 miles of walking and biking trails in town.

The combination of expanded cycling infrastructure and the growing proliferation of e-bikes could prove transformative for the way people get around the valley. “Our vision is that this project can provide meaningful transportation long-term, especially as we look at the future of personal assisted mobility devices like e-bikes and scooters which open up the possibility for folks to travel 10-15 miles on a bike comfortably,” Lawrence said.

The fact that the rail corridor runs through the heart of the eight towns and is already graded to be virtually flat in an otherwise hilly region makes the potential trail all the more alluring as a critical piece of transportation infrastructure.

“If we look at how work is changing and people only have to come into the office one to two times a week going forward, then it makes it even more likely someone would choose to ride a bike for that commute, especially with electric-assisted options,” said Lawrence. “We can’t imagine a more important and transformative project in this part of the valley to increase biking and walking.”

The litany of reasons to support trails makes their establishment and expansion a rare universally popular policy in modern America.  “When it comes to access to the outdoors, this is an issue that has bipartisan support,” said Chad Funkhouser, Wilt’s legislative aide.

McCleary, the mayor of Woodstock, said “the coalition behind this project is about as bipartisan” as it gets.

“I’ve gotten support from people all across the political spectrum including outdoor enthusiasts, people interested in public health and regular families who just want to walk or bike their kids to school,” he said.

So, if walking and biking trails stimulate economic growth, boost residents’ access to nature and increase regional mobility in a way that has made them so popular, why does Virginia have so few of them?

“The easy answer is funding,” according to Cat Anthony, president of the Virginia Trails Alliance and executive director of the Virginia Capital Trail Foundation. “The match component for smaller communities to build trails often isn’t large enough. Towns need to have the right resources, including staffing, to make these things happen. There are tourism dollars and huge public health benefits, but lots of these smaller communities have other more pressing needs so trails like these can get left on the back burner.”

There’s also the question of who will maintain the trails once they are built and where that money will come from.

One idea to help popularize trails in more rural regions of the commonwealth is to revive the Governor’s Conference on Greenways, Blueways and Trails — last held 12 years ago by the Kaine administration. The events can help smaller communities learn to access state funding and fill out convoluted federal applications. However, Anthony doubts a one-off event could prove a silver bullet for the more structural problems she sees as the barriers to more trails.

“Summits can be helpful, but expanding the positions at DCR so that staff have more time to help localities could be a gamechanger,” she said. “Florida has an Office of Greenways and Trails, but in Virginia it can still be hard to find information as to how to get a trail like this going. One position for a state trails coordinator is not enough for such a big state like we are.” 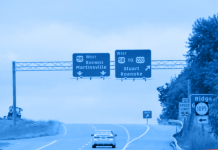 In a shrinking part of Southside Virginia, VDOT is still planning a highway expansion 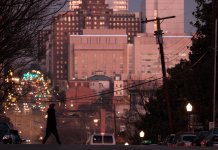 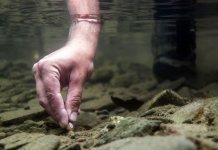