In Colonial Williamsburg, experts are unearthing the foundations of First Baptist Church, among the oldest African American congregations in the country, as part of an attempt to uncover a more complete narrative of early American history, centering the Black people — enslaved and free — who contributed much to the fledgling nation.

First Baptist Church, founded in 1776, is still a thriving hub of Williamsburg’s Black community, says the Rev. Reginald Davis, who has served as the church’s pastor since 2004. The church’s origin story — it was founded by enslaved and free Blacks at the start of the American Revolution, in defiance of laws forbidding Blacks to congregate — reflects a spirit of self-determination and resilience, says Davis, and confirms that Black people were present and participating in the building of early Virginia and America.

The original church began in a brush arbor outside Williamsburg, under the leadership of free Black preacher Rev. Moses, in 1776. In 1781, guided by enslaved minister Gowan Pamphlet — who worked in his owner’s upscale tavern serving Virginia gentry including George Washington and William Byrd III —  the church body became Baptist. Later, the members started meeting in a structure donated by a White landowner, Jesse Cole.

That building, located in present-day Williamsburg’s Historic Area on Nassau Street, was then known then as the Baptist Meeting House. A tornado destroyed the structure in the early 1830s, but congregants built a new building on the same site in 1856, and were by then known as the African Baptist Church. Less than 10 years later, the tabernacle was renamed the First Baptist Church. The church is believed to be one of the first in America to have been built and led entirely by Black people from its founding, says Connie Harshaw, a member of the church and the president of First Baptist’s Let Freedom Ring Foundation.

Recalling her first visit to Colonial Williamsburg as a middle schooler in the 1960s, Harshaw felt “there was nothing there to reflect me or my people. … I wondered, where were the Black people in Colonial Virginia?” After retiring from a position with the federal government, Harshaw moved to Williamsburg and joined First Baptist Church in 2007.

Colonial Williamsburg purchased the Nassau Street church property in the mid-1950s and demolished the 19th century church building. “Payment for the Nassau Street property covered the land and construction costs of the congregation’s current church at 727 Scotland St.,” a  news release about the excavation project says. Harshaw wondered what happened to the physical remains of the Nassau Street church building and if long-dead parishioners might still be buried beneath the pavement that had partially covered the site for years. Davis urged her to investigate by leading the church’s Let Freedom Ring Foundation.

Although Harshaw says her own family roots are not associated with First Baptist, she and the Let Freedom Ring Foundation serve as a “voice alongside the descendent community, whose ancestors were the Black people who formed this congregation. It is critical that everything we do be informed by the views of the descendent community.”

The group formed in 2018, and its namesake is the church’s historic Freedom Bell, cast in 1886. The church partnered with Colonial Williamsburg to restore the historic bell and in 2016, it was rung by then-President Barack Obama, First Lady Michelle Obama and a woman whose father had been enslaved, Ruth Odom Bonner (now deceased), at the dedication of the Smithsonian Institution’s National Museum of African American History and Culture in Washington, D.C. With Harshaw helming the organization, its continued mission is to conserve and preserve First Baptist Church’s historically-significant objects — including pieces of its 19th century church building, if found — and the legacy they represent.

“Even if we don’t find anything, the sheer acknowledgement that we were there, that our ancestors were contributing to this community, would be worth it,” Harshaw saids of the project. “We would like to see the building re-constructed,” said Harshaw. “I would love for our great-grandchildren to walk down Nassau Street, and learn about the African Americans who built our church and who were brave enough to serve their God.”

Earlier this year, ground-penetrating radar confirmed evidence of an 18th or 19th century structure, said Jack Gary, Colonial Williamsburg’s Director of Archaeology. Gary is guiding the science of the dig, with assistance from the Jamestown Rediscovery Foundation and scholars and students from the College of William & Mary.

“We are taking a high-tech and low tech approach,” Gary said. “High tech, we used ground-penetrating radar, which uses radar waves to look underneath the ground, as shallow or deep as you want. … Our low-tech method is to do what archeologists do best: dig holes in the ground. We’re digging to see what [the church’s foundational remains] look like, and what condition it is in, and what info we can get from this site.” In the event that human remains are found, Gary said the descendent community will guide the process of memorializing the interred. Work began in September, and is estimated to continue for the next seven to eight weeks.

“Everything that we recover from the field comes into [Colonial Williamsburg’s] laboratory where it’s cleaned and catalogued,”  Gary said, noting the church excavation will follow the same process. Importantly, “We will make sure the church has access to these materials themselves, for study or utilization or exhibits at the church.” How they interpret the site and incorporate it into the living landscape of Colonial Williamsburg remains to be seen and depends on what the excavation reveals, Gary added.

The project represents an opportunity for Colonial Williamsburg to broaden the lens of the historical narratives portrayed there, to include a more whole, honest depiction of Black people who built early Virginia, whether enslaved or free.

At the suggestion of First Baptist and its Let Freedom Ring Foundation, “We removed the parking lot [that covered part of the Nassau Street church site],” Gary said. “It’s symbolic of rectifying historical narratives that discounted and suppressed Black history. Colonial Williamsburg has strived for a long time to be inclusive with its interpretation of history; this project is a chance to put our money where our mouth is.”

As seismic demonstrations against racial and social injustice roil the nation, state officials continue to prioritize sharing a more complete history of the state and its inhabitants. Gov. Ralph Northam established the Virginia Commission on African-American History Education by executive order in August 2019. In the commission’s final report released last month, it recommends major changes in how history is taught in Virginia, honing in on curriculum inaccuracies and whitewashed information in textbooks about slavery and aspects of the African American experience long cited by educators.

The commission’s recommendation would make African American history a graduation requirement for Virginia students; a high school-level elective class — formulated by the Virginia Department of Education in collaboration with WHRO Public Media, educators and advocates — is being offered this academic year in at least 16 school districts statewide. Against that backdrop, the excavation project isn’t just an opportunity to illuminate a more comprehensive history of First Baptist Church and its founders, Davis said. It is a chance for Colonial Williamsburg, the state and the nation to take a concrete step forward in good faith by elevating Black history that has, for centuries, been intentionally suppressed.

“We talk a lot about racial reconciliation. But reconciliation is on the other side of justice, not before it,” Davis said. “You can’t ask me to reconcile an unjust past. First of all, you have to acknowledge the unjust past, then we can work towards justice now, and then reconciliation.” 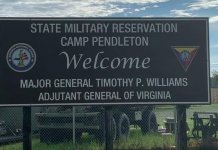 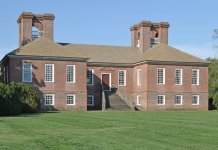 ‘Part of the destiny of this country’: Church site excavation aims to unearth African American contributions

If only: Northam’s missed chances to lead on race as governor