People for the Ethical Treatment of Animals is calling on Virginia Tech to stop purchasing beagles from Envigo, a controversial dog breeding facility in Cumberland that’s been the subject of recent legislative debate.

It’s the second time PETA has gone after Tech and other state universities in recent weeks. In mid-September, the animal rights organization claimed that both Virginia Tech and the University of Virginia misused state funds by conducting experiments on animals they planned to kill during the pandemic.

Both universities denied the accusation, but Jennifer Moschetti, a senior investigator with the State Inspector General, confirmed in a September 17 email to PETA that the office had opened investigations into both cases.

PETA’s most recent criticism of Virginia Tech comes after the organization submitted multiple public records requests that resulted in five different order forms between the university and the breeding facility, which until 2019 was owned by Covance — a drug development extension of LabCorp, the diagnostic testing behemoth. The orders, which span from 2016 to 2019, show that Virginia Tech purchased more than 100 beagles for its College of Veterinary Medicine.

In an editorial published by the Mercury in May, Dr. Helmut Ehall, Envigo’s senior vice president of veterinary services, said that dogs at the company’s facility in Cumberland are well-cared-for and that “animal welfare is a top priority.” The orders show that Virginia Tech continued to purchase beagles from the facility after a 2017 USDA inspection found multiple deficiencies, including dogs with skin problems and excessively long nails that became caught in the flooring. There were also sanitation issues, including dog food infested with insects and enclosures with significant buildup of fecal matter.

Another animal welfare group, SHARK (Showing Animals Respect and Kindness) published drone footage in 2019 that appeared to show hundreds of dogs warehoused in the facility.

Mark Owczarski, Virginia Tech’s assistant vice president for university relations, did not respond to a Monday email with several detailed questions about Virginia Tech’s purchases from Envigo and Covance, which included how the dogs were used at the veterinary school.

Alka Chanda, PETA’s vice president of laboratory investigations, said Virginia Tech has told the organization that the beagles are only used to train students how to perform physical exams and other standard procedures, such as dental cleaning. But the university has also denied two of the organization’s records requests for any research and experimental protocols in which the dogs were enrolled, citing an exception in Virginia’s Freedom of Information Act laws that protects “proprietary” records, according to emails provided by PETA.

“I think Virginia Tech is denying them because they know very well that the citizenry of Virginia knows these dogs should be treated well,” Chanda said. “A lot of people are horrified to learn there’s this kind of breeding facility operating within the state.”

Owczarski also did not respond to a request for explanation on what made the records “proprietary.” PETA has pointed to multiple studies by Virginia Tech researchers that involve beagles being used in invasive experiments.

There have been previous efforts to shut down or expand oversight over the Cumberland facility, including a failed bill filed during the 2020 General Assembly session that would have largely banned breeding dogs and cats for experimentation. An effort to close a loophole in Virginia law that exempts the facility from state inspections also failed earlier this year, largely based on a flaw in how the amendment was drafted.

Legislators have promised to revisit the issue during the 2021 General Assembly session, which begins in January. 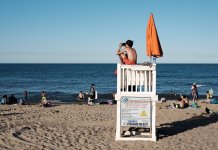