This election, the redistricting reform amendment will be on the ballot for Virginians, and that vote is just as critical as choosing our next president. Although this is considered the most significant piece of redistricting reform in Virginia’s history by its supporters, there are areas of grave concern where the amendment is vulnerable to political positioning and could disenfranchise Black and Brown voters in particular throughout the state.

First, the process to choose which Virginians serve on the commission overly inserts legislators into redistricting. More specifically, the amendment concentrates and gives power to the leadership of the two major political parties in Virginia. How? By putting them at the center of who gets to be on this commission. Legislative leaders make a list of citizens to serve on the commission, and five retired circuit court judges (it is important to note that four of the judges are selected by the legislative leaders) review the list to choose eight appointees; four of those chosen must come from a recommendation from each political party. The other eight slots on the commission are legislators (four members from each party chosen by leadership).

In a nutshell, four individuals – the speaker of the House, the House minority leader, the president pro tempore of the Senate, and the Senate minority leader, have a hand in the selection of each and every single one of the 16 commission members. At a time when people are demanding more democracy and fairer representation, the power to draw Virginia’s political maps should not be given only to those who have access to the powerful elite.

The amendment not only fails to address minority representation on the commission, it also provides no criteria to protect against racial and political gerrymandering, instead leaving those protections in the code. Representation for racial and language minorities cannot be pushed aside and should be enshrined in our Constitution as a critical component of a fair redistricting process.

Advocates for the amendment would have the public believe that their proposal provides strong protections for minority voters because it references the Voting Rights Act of 1965. The fact is the VRA has been weakened in recent years, and despite numerous attempts, Congress has failed to reauthorize it. An amendment that excludes explicit language protecting racial and language minorities will not ensure fair representation, especially if the VRA continues to be scaled back on a national level.

To be frank, it is a bad idea to give the power of redistricting to a handful of actors without a guarantee that voters of color will be centered in the process as a requirement of future maps. This will put our communities in a position to be less empowered than we have been in previous years and redistricting cycles. Cementing this amendment into our state Constitution will readily implement a harmful redistricting process for people of color and other underserved communities.

My grandfather, Oliver Hill Sr., fought for decades to make sure that all Virginians were considered equal under the law. He worked on cases that helped end the doctrine of separate but equal in this country, and he knew that part of the road to equality meant that everyone has to be able to participate in our democracy.

History has shown that we haven’t always gotten it right. Women and people of color have been left out of the political process and our country’s Constitution, but because of trailblazers like Supreme Court Justices Ruth Bader Ginsburg and Thurgood Marshall, this country has been able to right some of the wrongs of the past. We have an opportunity right now to do just that.

Even OneVirginia2021, the nonprofit organization that was founded to advocate for non-partisan redistricting, acknowledges that the amendment is flawed. If supporters of the amendment agree that it’s flawed, why would we vote to enshrine into our Constitution something that leaves too many people out of the process — shouldn’t we get it right at the start?

Our intricate history with race in Virginia must be the starting point for tackling redistricting reform. Simply put, there is no reform without the full and equal inclusion of communities of color. A commission should represent all of us, not just a chosen few.

Jamaa Bickley-King is the co-founder, president and chairman of the board of New Virginia Majority. He has worked in progressive political data and technology for nearly two decades and his clients have ranged from the NAACP to the prime minister of Trinidad and Tobago. 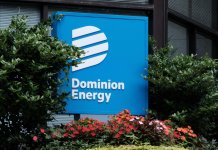 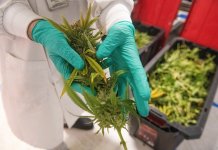 Take it from a former fast-food worker, the minimum wage increase...