Last winter, during the fight to pass the Virginia Clean Economy Act, Dominion Energy lobbyists went out of their way to save the company’s youngest coal plant in Wise County.

It worked. Legislators exempted the Virginia City Hybrid Energy Center from closure until 2045, when Dominion has to shutter all its fossil fuel generation.

VCHEC was approved in 2008 and built in 2013 as a boondoggle for Dominion, earning the company an enhanced rate of return. It was also intended as an expensive gift from then-Gov. Tim Kaine to coalfield Democrats, who went on to lose their seats anyway. Even then, it was a terrible deal for Dominion’s customers and the climate, with all the carbon pollution you expect from coal and a cost that was twice that of cleaner alternatives.

No wonder it proved to be one of the last coal plants ever built in the U.S.

Knowing this, and knowing the determination of this year’s General Assembly to turn the commonwealth in the direction of clean energy, you might not have expected VCHEC to have a lot of friends left in Richmond. But Dominion never told legislators what it would cost consumers to keep its coal plants running. Among all the criticism of the price tag associated with Virginia’s energy transition — much of that criticism coming from Dominion itself — one crucial fact gets lost: It’s coal that is hitting consumers the hardest.

An analysis Dominion reluctantly made public last month as part of its Integrated Resource Planning case shows that VCHEC is far and away the worst performing economically of all the utility’s fossil fuel-burning plants. This one coal plant carries a 10-year net present value of negative $472 million. It isn’t the only coal plant in Dominion’s fleet with a negative valuation, just the worst. In fact, all the Virginia coal plants have negative values.

These are Dominion’s numbers, not those of the Sierra Club or the other environmental and consumer groups challenging Dominion’s plans. The Sierra Club hired a consulting company to run its own analysis, using a standard utility model. That analysis concluded it would be cheaper for customers to build more solar now and speed up the closure not just of VCHEC but of all Dominion’s coal plants. This includes even the company’s Mount Storm coal plant in West Virginia, the only one assigned a positive economic value in Dominion’s analysis.

From a customer standpoint, all of them should go.

Maybe that’s not too surprising. We already knew coal was dead. But how many of us knew we were paying to prop up the corpse?

Dominion’s lawyers tried to keep the terrible cost numbers out of the public’s hands, contending it was “confidential commercial and financial information that other entities could use to their competitive advantage in future negotiations.” I can imagine these future meetings: the other entities would be so busy mocking Dominion that, indeed, negotiations might stall permanently.

Fortunately for all of us, the Attorney General’s Office of Consumer Counsel persuaded the SCC the information should be public. Some information truly is confidential; this is merely embarrassing. Dominion’s customers—and the General Assembly—should know what it’s costing us to prop up coal. 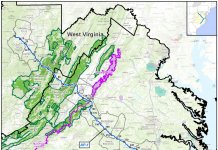 Turning down the temperature: StoryCorps picks Richmond as a ‘One Small Step’ city