An Aug. 15 storm that stalled over Central Virginia and dropped almost 10 inches of rain on parts of Chesterfield County highlighted a threat that the state has long been aware of but, with climate change, is becoming ever more pressing: dam failures.

In Chesterfield, officials’ fears that rising waters would breach the Falling Creek Reservoir Dam led to the evacuation of about 150 homes in the area. Ultimately the dam would hold and residents would return to their houses, but the unusual storm would heighten concerns about the integrity of the commonwealth’s more than 3,000 dams.

“These incredibly intense and more frequent precipitation events can be more problematic,” said Russ Baxter, deputy director of dam safety and floodplain management with the Virginia Department of Conservation and Recreation. “In heavy rains, tropical storm-type rains, dams are going to fail.”

Gov. Ralph Northam would also point to the Chesterfield flooding as justification for restoring $15 million for rehabilitation of state-owned dams in the budget he presented to the General Assembly when it reconvened for a special session this August. This spending, which legislators had removed from the budget this spring in response to anticipated financial shortfalls due to the COVID-19 pandemic, “can’t wait,” the governor said.

Other dam-related spending cut by the General Assembly, including funds for the hiring of a dam safety lead engineer and other positions, would not be restored under Northam’s proposal.

If approved by the legislature, the $15 million in funding would be deposited in the Dam Safety, Flood Prevention, and Protection Assistance Fund “to support rehabilitation of aging dams that pose a threat to public safety and the environment,” said Northam spokesperson Alena Yarmosky.

Virginia’s dams, like those around the country, are showing their years and in many cases are in need of major repairs. About two-thirds of them are regulated by DCR, with the remainder overseen by federal and state institutions like the Federal Energy Regulatory Commission and the State Corporation Commission. Of those inventoried by DCR, only about 15 percent are in compliance with the state’s Dam Safety Act requirements, according to Yarmosky.

Complicating matters is the high level of private ownership of these structures. According to 2018 numbers from DCR, more than 1,000 dams regulated by the department are privately owned, a phenomenon that one scholar at Washington and Lee’s School of Law traces back to a colonial-era legal instrument known as the “King’s grant.”

“A number have been built as amenities for housing developments. … Some obviously serve public purposes such as impounding water for water supply. Some are built for flood control,” said Baxter. “They are infrastructure in a sense, but people can build dams as long as they have the proper permits and can build properly.”

Today, some 323 Virginia dams are classified “high hazard,” a label that means that in the event of a failure, lives would probably be lost and economic damage would be serious — although Baxter cautioned the actual count could be higher because the state lacks complete information on all the “impounding structures” within its borders. A 2018 study ordered by the General Assembly that identified 43 of the riskiest dams owned by the state’s soil and water conservation district found the top four were all in the Shenandoah Valley and would cost more than $22 million to rehabilitate.

Climate change has exacerbated the pressure. In 2018, Northam issued Executive Order 24 focusing on increasing Virginia’s resiliency in the face of sea level rise and a changing climate. As part of that, DCR was tasked with reviewing the dam safety and flood protection provisions of state code and making recommendations for how to strengthen them in the face of what DCR Director Clyde Cristman later called “the undeniable changes in climate that have already begun to affect our ability to protect our land, infrastructure, businesses and citizens.”

For dams, changing precipitation patterns are the greatest threat. The U.S.’s 2018 National Climate Assessment found that “in the Southeast, the combined effects of extreme rainfall events and rising sea level are increasing flood frequencies, making coastal and low-lying regions highly vulnerable.” Among the effects of those shifts are “historically high” numbers of days with three or more inches of precipitation. The problem is exacerbated by “aging and deteriorating dams and levees,” the assessment pointed out, which “represent an increasing hazard when exposed to extreme or, in some cases, even moderate rainfall.”

DCR is aware of the additional challenges posed by climate change, Baxter said. Beginning in 2014, the department began working with Colorado firm Applied Weather Associates to obtain state-specific precipitation estimates used in dam failure analyses that project what downstream consequences are likely if a given dam fails. In 2018, DCR used these estimates (formally called probable maximum precipitation estimates) to adopt new models for how rainfall tends to be distributed over time — another tool key to evaluating the safety of dams.

Still, the 2019 study commissioned by Executive Order 24 found, “with the potential for more frequent and heavier precipitation events, the Dam Safety Program must be more robust to protect the lives and property of Virginians.”

Baxter said DCR had hoped to add more personnel to its dam safety and flood management team, which numbers a little more than a dozen people, but “then obviously COVID ran into the budget like a train.”

Neither Democrats nor Republicans in the legislature have indicated any opposition to Northam’s restoration of the $15 million in dam funding. 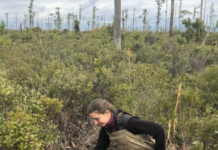