There’s a clear-cut path in public education: Certain standards must be met, and certain knowledge gained, before students can move on to the next level of their schooling. You can’t build a promising future without a sound foundation.

We’ve approached the arrival of the COVID-19 pandemic and the resulting shutdown of our state’s public schools in March in the same way at the Virginia Education Association. That’s why our priorities haven’t changed since the onset. The most important issue throughout this process as we move ahead is the health and safety of our students and staff.

After all, it’s just common sense. Nobody learns well if they’re worried about their well-being. We believe everyone’s health and safety must be protected, from the kindergartner who may have a little trouble keeping his hands to himself to the 62-year-old teacher with a chronic disease that has weakened her immune system.

We don’t like the current situation one bit, either, and want very much to be back with our students. “There’s no place I’d rather be,” one of our members in Newport News recently told a local television station. “I can’t wait to sit in a classroom with my kids again when we can do it safely and I can keep my students safe.”

We didn’t choose to go into education for lucrative paychecks and plentiful stock options. We did it for the kids and we’ve worked hard since March to make sure they’re OK and keeping up with their learning.

For many educators, that’s meant quickly adapting to a whole new way of teaching and supporting children. As VEA president, I am in awe of the way school staff members have responded to the health, safety and instructional challenges presented by the coronavirus. What they’ve done, and how they’ve done it, has been absolutely heroic. They deserve our thanks and admiration.

At the moment, however, we’re seeing some scary developments in states where schools have reopened in person. In one school district in Georgia, more than 1,000 kids and staff members are now in quarantine. In Kentucky, nearly one-third of the new COVID-19 cases in the state are among teenagers. Three people affiliated with one Florida school, including a mother and son, have died of COVID in the last several weeks. Yet President Donald Trump and some Virginia Republicans have been pushing for all Virginia schools to reopen for in-person classes. Trump has even threatened to pull funding from schools that don’t comply. Instead of making it safe for students and teachers to go back into the classroom, he’s asking them to shoulder the risk.

Trump’s unsafe push for schools to reopen is exactly the kind of behavior we’ve come to expect from him — a situation where he’s taken a problem of his own making and made it even worse, purely for political purposes. After all, we wouldn’t even be debating whether it was safe to attend schools in person if Donald Trump had simply done his job and come up with an even adequate COVID response. Instead, he failed to prepare for a pandemic, spending months dismissing the virus and trusting fringe hucksters touting miracle cures instead of medical experts.

He flouted social distancing guidelines and threw tantrums until cities and states opened up their economies, leading to chaos and eventually extended closures. The results have been catastrophic: Nearly 180,000 Americans so far have succumbed to COVID-19, including two of our very own VEA members — one in Alexandria and one in Emporia.

So, we understand the concerns and fears of many Virginia teachers and school support professionals about the risks they face as the school year starts.  Many of them agree with a Bristol parent, who recently described educators and students returning to school as “being asked to step into a petri dish where their health is on the line.”

When it comes to reopening our schools, we must proceed with all possible caution. The stakes are too high to take any other approach. We insist that school divisions take the time to properly consider and plan for staff members’ concerns and questions. Trump’s method of threatening public schools and demanding they do what he says will only put more people at risk. Instead, we must allow those with the greatest stake in the matter — those actually carrying out the re-opening — a big enough seat at the table. We must not rush the process because of economic and childcare concerns.

There are plenty of issues to consider, but none of them matter as much as protecting the lives of both our young people and those who work with them every day in our schools. 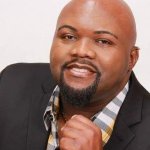