Anyone expecting to tune in for quick results on election night should probably start thinking about it as election week, according to Virginia officials who are trying to reshape public expectations in what’s expected to be a highly unusual presidential year.

That doesn’t mean there won’t be blowout races that might be called after the polls close on Nov. 3.

President Donald Trump lost the state by more than 5 points in 2016, and few are expecting Virginia — where Republicans haven’t won a statewide race in more than a decade — to be a major presidential battleground.

But because it could take most of the week, if not longer, to finish processing votes, competitive congressional races could remain undecided for days.

“If it’s a close race you probably won’t have results until at least Friday,” Elections Commissioner Chris Piper said in an interview.

The key difference this year is the shift to voting by mail in response to the COVID-19 pandemic. That change will make ballots coming in via mail, including many that will arrive after Election Day, more important to the outcome. All ballots postmarked before the 7 p.m. poll closing time will be counted, as long as they arrive before noon on the Friday after Election Day.

“Ballots will be coming in all the way through Friday,” Piper said. “And then it’s going to take time to count those.”

Under a recently adopted state rule, late-arriving ballots missing postmarks will also be counted. In a tight race, legal disputes could arise over which ballots should or shouldn’t count, potentially adding more delays.

Absentee ballots will start going out in the mail on Sept. 18, and officials are urging voters to send them back early.

“We definitely highly encourage the earlier the better,” Piper said. “Get it done. And give yourself time for the process to go through. The localities will be able to better handle that mail as a result.”

Unlike some other states, Virginia law allows registrars to begin processing absentee ballots as they come in, avoiding a potential backlog of votes that can only be touched on Election Day. Early vote counts can’t be released before the polls close, preventing officials from revealing which candidates may be up or down while voting is still happening.

Though it’s unclear just how many voters will choose to participate by mail, initial numbers indicate a major spike in demand for absentee ballots.

More than 80 days before Election Day, applications for absentee ballots are already approaching 2016 levels in some parts of the state, according to an analysis by the Virginia Public Access Project. In Northern Virginia’s 8th Congressional District, applications have already exceeded the 2016 total, with 45,947 applications mailed so far this year compared to 35,848 total four years ago.

VPAP, a go-to website for many Virginia politics watchers eager for election results, is also “reviewing its election night presentation” to account for 2020’s extraordinary circumstances, according to VPAP Executive Director David Poole.

One metric expected to be less useful this year is the percentage of precincts reporting, a number used to track whether the vote counting is just getting started or close to complete. Because mailed ballots all fall under central absentee precincts, that percentage will be a less reliable indicator of where the counting stands.

After taking control of the General Assembly for this year’s session, Democratic lawmakers passed a variety of bills designed to make it easier to cast a ballot, including a 45-day period of excuse-free absentee voting through the mail or in person. Lawmakers also voted to make Election Day a holiday, an idea supporters say could cut down on lines by having fewer people showing up to vote on their way in to work or on their way home.

“The critical thing about Virginia is that we are ensuring that however you want to vote, you have the ability to do so safely and confident that your vote will count,” Piper said. “You can vote by mail. And you can vote early in person for the entire 45-day period. And you can vote on Election Day if you so choose.”

With the General Assembly set to return to Richmond next week for a special session, lawmakers could take up additional legislation aimed at pandemic-era voting.

On Wednesday, Del. Jennifer Carroll Foy, D-Prince William, a candidate for governor in 2021, called for educational materials on at-home voting to be sent to Virginia voters and pre-paid postage for absentee ballots.

Del. Schuyler VanValkenburg, D-Henrico, said other discussions are underway to see if policies should be tweaked to make it easier for voters to return their absentee ballots. Ideas that have been floated include drop boxes and allowing voters to take their absentee ballot to their normal precinct on Election Day.

“There are conversations about trying to see if we can smooth out some of the regulations that might get in the way of people successfully submitting a mail-in ballot,” VanValkenburg said. “It’s just a question of timing and capacity.” 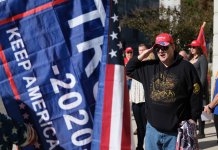 Voting need not be a gauntlet. So why is the GOP doing all it can to make it that way? 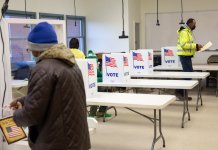 Strengthen democracy, break the deadlock on the For the People Act