NEWS TO KNOW
Our daily roundup of headlines from Virginia and elsewhere.

• The Virginia Department of Health is asking for funding to hire 100 new employees to enforce COVID-19 rules. “If we get this new staff … [they] will be solely tasked with enforcing the executive orders and educating the public and businesses on executive orders.” — Richmond Times-Dispatch

• New unemployment claims dropped last week to their lowest levels since the pandemic began. “If we see a sustained trend over the coming month, then we might conclude that a more sustained recovery is underway,” said one local economist. — The Virginian-Pilot

• “The Supreme Court of Virginia has denied the appeals of two men convicted in the brutal beating of a Black man in a Charlottesville parking garage the day of a violent white supremacist rally.” — Associated Press

• Albemarle County leaders voted to remove a statue of a Confederate soldier in front of their local courthouse. “I absolutely do not believe that these statues should be in front of a courthouse,” said Supervisor Bea LaPisto-Kirtley. “These were made to intimidate.” — The Daily Progress

• An Alexandria rape suspect released from jail amid coronavirus concerns is now accused of murdering his victim and shooting himself. — The Washington Post

• Nick Freitas’ congressional campaign is facing criticism for selling face masks that say “COVID-19, Made in China” from Asian American community organizations. “He’s literally financing his campaign with a tactic that has been shown to exacerbate anti-Asian racism,” said the director of the National Korean American Service & Education Consortium. Freitas’ campaign called the masks factual. — The Washington Post

• “The Richmond Police Department spent at least $126,000 on rental vans, chemical agents and other equipment to respond to anti-police brutality protests in the city.” — VPM

• “The vast majority of Norfolk officers live outside the city they police, something both the mayor and a U.S. congressman representing much of Norfolk say is a problem.” — The Virginian-Pilot

• Virginia state parks have seen a lot more use since the pandemic began, but the state says they’re also seeing a lot more damage, alcohol use and litter. “By and large, I think it’s unintentional. I think it’s just the fact we have greater numbers and … a group of visitors that just aren’t aware of the importance of minimizing your impact.” — Richmond Times-Dispatch

• The circle around the Robert E. Lee statue in Richmond has become a gathering place for black dancers, musicians and artists. “My grandfather never could have imagined this,” a sweaty Lito Raymondo said after performing a solo in the circle’s center. “This is a revelation.” — The New York Times

Sign up here to get these headlines and the Mercury’s original reporting delivered to your inbox daily in News to Know, our free newsletter. 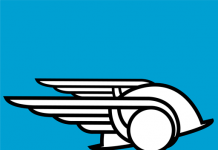