A misunderstanding of Virginia’s independent cities and counties apparently led a nonprofit voter registration group to mail 587,638 absentee ballot applications to Virginia voters that asked them to send the ballot back to the wrong election office.

The Center for Voter Information said the mishap was an honest mistake mainly affecting voters in a handful of localities that share a name: including Fairfax city and Fairfax County, Richmond city and Richmond County, Roanoke city and Roanoke County, and Franklin city and Franklin County.

“We regret the confusion caused in this case,” said Tom Lopach, the CEO of the D.C.-based Voter Participation Center, the sister organization of the Center for Voter Information, which describes itself as “a non-partisan and non-profit organization that works to provide even-handed and unbiased information about candidates and their positions.”

“We take full responsibility,” Lopach said. “We are working with local election officials to correct this at our expense.”

The mass mailing, which involved more than 2.2 million pre-filled absentee ballot applications statewide, sowed confusion for many voters and local election officials, who quickly sought to inform voters it was not coming from an official government source.

“The Virginia Department of Elections has no affiliation with this group nor coordinates with any third party groups on campaign efforts,” the state elections agency said in a statement. “We are aware that voters in multiple localities that received an absentee ballot application were given pre-paid return envelopes addressed to the incorrect registrar’s office.”

State officials said any applications arriving at the wrong office would be “forwarded immediately to the correct office for processing.”

The Center for Voter Information bills itself as nonpartisan, but a job posting lists the organization as a “progressive” group that focuses on what it calls the rising American electorate, or “unmarried women, people of color and young people.” Lopach is a former advisor to Montana Gov. Steve Bullock, a Democrat.

Local election officials said the mailing was confusing voters who had already applied to vote absentee, who took it as a sign their paperwork didn’t go through.

“This mailing is causing great confusion and concern among voters who have been contacting our office,” Fairfax County General Registrar Gary Scott said in a statement. “While the mailing may appear to be from an official government agency, the Fairfax County Office of Elections did not send it.”

The mailing’s fine print notes the Center for Voter Information as the source, but the first line in the letter addressed to voters reads: “The Virginia Department of Elections encourages EVERYONE to use an absentee ballot in upcoming elections.”

The misstep underscores the pitfalls of outside groups attempting to help people vote, particularly in a year when voters across the nation will be shifting to voting by mail in response to the COVID-19 pandemic.

The Center for Voter Information also passed along a statement in which its printing vendor, Philadelphia-based Smith-Edwards-Dunlap Company, took responsibility for the error.

“We are keenly aware of the seriousness of this mistake,” said Jonathan Shapiro, the company’s president and CEO. “We added to the burden already felt by local election boards and made their jobs significantly harder. Worse, this error created confusion for voters who are trying to exercise their right to vote from home, safely and conveniently.”

This week, the State Board of Elections adopted new regulations requiring tracking codes and official insignias on all absentee ballot mail.

In this election cycle, Lopach said his group has helped more than 800,000 across the country people sign up to vote by mail.

To help clear up the confusion caused by the group’s mail misfire, Virginia election officials sent out reminders that would-be voters can sign up to vote absentee online. 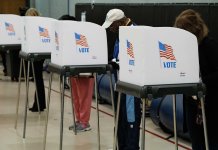 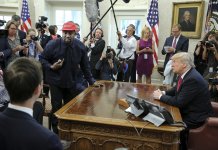 COVID-19 could force the Virginia House to have elections 3 years...