Picture this scenario: A local police officer is accused of getting overly aggressive during an arrest, seriously injuring someone in the process. The chief of police and other supervising officials review the case. They decide to fire the officer.

The officer shrugs, packs his bags, and simply moves to another agency in the commonwealth. He keeps his state certification, because excessive force – at least in Virginia – doesn’t automatically lead to losing his license to work as a sworn law-enforcement professional.

This baseline is especially absurd because of the factors now in the state code leading to automatic decertification by the state Department of Criminal Justice Services. Those reasons include failing a drug test, or being convicted of a felony or some misdemeanors involving moral turpitude or sexual misconduct.

I’m not saying those are invalid reasons for decertification. But certainly, brutalizing a citizen without justification is also a serious offense, and it should prevent an officer from working again. Expensive lawsuits for localities could arise if someone is hired with a history of injuring suspects while exceeding boundaries.

The status quo in Virginia can – and should – change. Police chiefs and several legislators appear willing to do just that, especially in the national reckoning after the police slaying of George Floyd in Minneapolis.

The General Assembly plans to consider changes in policing, criminal justice and the state budget during a special session that begins Aug. 18. In a prelude to the session, House legislators convened this week to discuss recommendations.

Norfolk Police Chief Larry Boone, who’s been vocal about adding excessive force to the reasons for decertification, was one of several police and civil rights officials who addressed the lawmakers Wednesday.

Boone told me last month, in a one-on-one interview, that if he fires an officer for excessive force, that person “can go to another agency if that department did not come and look at his personnel records.”

“That’s going to change,” he predicted then.

In the virtual meeting this week, the Norfolk chief said the state needs to do a better job of preventing certain officers from finding a police job elsewhere.

“I’ve seen far too often, I will fire an officer for excessive force, and they are afforded to go to a neighboring agency,” Boone told the legislators. Departments need to “put control mechanisms in place to stop that.”

He also spoke of creating a state database so that agencies know whether a police officer has been terminated in Virginia – and why.

You shouldn’t be surprised that Virginia is lax on this subject. The state is typically deferential to police agencies on matters involving oversight. The Virginia Association of Chiefs of Police in the past has fought efforts to tighten the rules, but it has said more recently that proof of lying – which reflects on the integrity of an officer’s testimony – should be added to the decertification statute.

My colleague Ned Oliver covered the House meeting. He noted it’s rare for police officers to lose their licenses here. Virginia has decertified just 33 officers while other states have decertified an average of 681, according to records compiled by USA Today last year.

Many officers do their jobs professionally, of course, hewing to department regulations while keeping themselves and the public safe. But the disparity in those statistics should alarm Virginians. The figures suggest some people who wear the badge in the commonwealth wouldn’t find such a receptive employer elsewhere.

That’s why adding excessive force to the decertification standard is sensible. And long overdue. 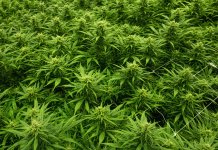 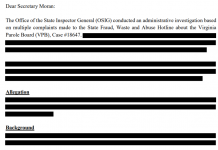