A nonprofit advocacy group is mounting a fall campaign on one of the most consequential matters on Virginia’s ballot: ending the General Assembly’s historic monopoly on drawing partisan legislative district lines.

OneVirginia2021, a nonpartisan organization which has lobbied for years for redistricting reform, on Monday announced Fair Maps Virginia, a 501(c)4 that will direct an issue advocacy campaign in support of a state constitutional amendment on the November ballot. It sets up a clash with the Virginia Democratic Party, which voted in its June virtual convention to oppose the amendment that legislative Democrats had enthusiastically and overwhelmingly supported one year earlier.

If approved by voters on Nov. 3, the amendment would create a 16-member commission, eight of whom would be legislators equally represented by party and by House and Senate members. Citizen appointees would hold the other eight seats.

The commission would convene once every decade in the year after the decennial U.S. census and use fresh census data to reapportion Virginia’s congressional and state legislative district boundaries. It would allow two members from the same party and the same chamber to block proposed Congressional or state House and Senate maps they oppose. The commission’s reapportionment plan would go to the General Assembly for an up-or-down floor vote. If the process fails to produce a consensus redistricting law, the Virginia Supreme Court would take over the process and draw the new lines.

It would end a secretive process dominated by partisan legislative majorities that have always tailored Virginia maps to maximize districts favorable to the majority party and adverse to the minority party, locking in numerical advantages for a decade.

With Republicans ruling both the Virginia House and Senate in 2019, Democrats backed the constitutional amendment that would have at least leveled the playing field for redistricting. The measure passed, the first of two successful votes in successive years separated by a legislative election as the state Constitution requires.

But after Democrats seized House and Senate majorities in last November’s election, their enthusiasm for the commission cooled and a rift formed among legislative Democrats who supported the measure and those who did not. In the House, where the most Democratic opposition emerged, just nine Democratic delegates joined 45 Republicans to coalesce around the bipartisan plan and win the second required passage to put it on this November’s ballot. Black lawmakers in the House, in particular, said the plan didn’t do enough to ensure participation in the redistricting process by racial minorities.

“It was a unique moment in history in Virginia,” said Wyatt Durette, a Richmond lawyer and Republican former legislator and gubernatorial candidate. He served on a 10-member bipartisan committee that drafted and lobbied for the amendment.

“I’m not sure we could have gotten this amendment through two legislative sessions other than the ones we did get it through,” he said.

Some Democrats also balked at the amendment because the final say in the unlikely event of a legislative deadlock would go to the seven justices of the Virginia Supreme Court, most of whom were appointed by Republican-run legislatures.

Bobby Vassar, an attorney and a Democrat who served on the drafting panel with Durette, dismissed the concerns.

“They (justices) are elected as nonpartisan participants in the process, so I don’t know when we’re going to get something that’s better than that,” said Vassar, who retired recently as Democratic U.S. Rep. Bobby Scott’s chief counsel and legislative director. Recent U.S. and state Supreme Court decisions show judicial independence from partisan priorities of partisan legislative majorities that confirmed them, he added.

“We’ve seen from recent Supreme Court decisions that there’s no reliability on that. Judges from all over the country in any instance when they’ve acted on redistricting has shown that they don’t act on partisanship,” he said.

Another advantage of the amendment, Vassar said, is that it would, for the first time, incorporate a central provision of the 1965 Voting Rights Act — that minority communities’ voting strength not be diluted to prevent them from electing candidates of their choice — into the Virginia Constitution.

Fair Maps Virginia will be required to report its fundraising and electioneering expenditures to the Virginia Department of Elections. 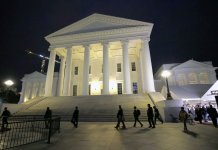 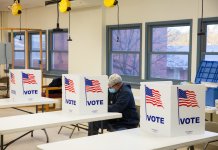 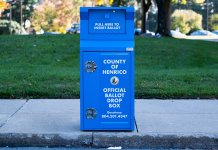 After hectic 2020 election, Virginia might change the way absentee votes are counted

‘A lot at stake for communities of color’: Race takes central...