It was always about Lee.

The most beloved of Confederates, Gen. Robert E. Lee, got the first and tallest statue on Richmond’s Monument Avenue, one of the most sacred places for rebel aficionados in the country.

With Mayor Levar Stoney following through on his pledge to quickly remove monuments under city control, and the fate of the state-controlled Lee tied up in court, Lee would fittingly be the last man standing. And that would set up one final, dramatic cleansing to wash the gray out of the avenue.

Protesters knew Lee was the man. Over the past few weeks they adorned his once-solemn monument with graffiti — variously foul, funny and heartbreaking — saying Black people are tired of racial injustice. And lots of White people, too.

Many Richmonders are delighted at the current scene around the monument, which resembles — during the day, at least — a street  festival, with people registering voters, playing music and taking photos with their kids in front of the now multi-hued Lee.

“When I gaze upon the defacement of these statues, my heart swells with joy that maybe this time real change is happening,” wrote a woman on Facebook in response to a Lee photo I posted.

At the same time, many people see the treatment of the six-story Lee monument as unpunished lawlessness.

“It breaks my heart to see history being destroyed,” wrote another woman.

It seems clear that how you feel about the Lee monument’s treatment depends largely on how you feel about Lee himself. The dispute about defacing, and ultimately removing, the monument really boils down to two questions: Is Lee worthy of continuing veneration? And will removing his monument destroy history?

Let’s see what the historians say.

Generations of Virginians, including me, were taught by schoolbooks and peers that Lee was the greatest Civil War hero — so honorable as to be almost Christ-like.

“General Lee was a handsome man (who) sat straight and firm in his saddle,” said the fourth-grade text “Virginia’s History.” It  was one of three Confederate-friendly history books used in the state from the 1950s well into the 1970s. It added that Lee’s horse, Traveller, “stepped proudly, as if he knew that he carried a great general.”

A lot of people cling today to that view of Lee, almost desperately. Some of them are my friends.

But anyone willing to open their minds and read things written over the past few decades can see there’s a darker truth about Lee.

Lee was a white supremacist. As historians told me for a story on slavery myths, Lee denied that the African-American was “as capable of acquiring knowledge as the white man is.”

Asked by a congressional committee what future he desired for the formerly enslaved, Lee replied, “I think it would be better for Virginia if she could get rid of them.”

White supremacy was widespread in the 1800s — in the South and only slightly less so in the North. Some say it’s unfair to judge Lee by modern values.

But even during Lee’s era and before, some Virginians recognized that slavery was wrong. For example, George Wythe, who signed the Declaration of Independence, believed in equality of the races.

There’s a myth that Lee opposed slavery, based on an 1856 letter from Lee to his wife. Lee wrote that “slavery as an institution is a moral and political evil.” What’s often left out is that Lee went on to say slavery was a greater evil for Whites than for Blacks.

Lee wrote that Black people were better off here than in Africa. He said the time to free the enslaved was best left up to God — which could mean in a year, or a thousand years. And he himself had a reputation as a cruel master.

The late Lee biographer Elizabeth Brown Pryor said Lee “disliked the institution (of slavery) — more for its inefficiency than from moral repugnance — yet defended it throughout his life.”

But didn’t the large majority of Virginians defend slavery before the war? I’m ashamed to say I thought so for a long time.

College of William & Mary historian Melvin Patrick Ely enlightened me not long ago: “When people talk about ‘Virginians’ supporting the Confederacy or defending slavery, they’re leaving out half the state’s people — the Afro-Virginians and the people who lived in what’s now West Virginia.”

So it’s a trick question. Who ever thinks about what enslaved people wanted?

Lee supporters say he did good things as an educator after the war. Among other efforts, as the president of struggling Washington College, Lee established a journalism program. This is not fake news.

But privately, Pryor wrote, “Lee remained bitter and worked to obstruct societal changes brought about by the war, including the enfranchisement of African Americans.”

John Coski, a historian at the American Civil War Museum in Richmond, said in an interview:

“Lee’s a man, a complicated man, and to me that makes him more interesting.”

Bringing out Lee’s flaws amounts to revisionist history, admirers say. But history — indeed, nearly all thought — is constantly being revised. If you are sick, do you want leeches?

As Civil War historian and former University of Richmond president Ed Ayers told me: “I want revisionist history just like I want revisionist medicine, complete with the best thinking and the latest discoveries.”

Lee was a near-perfect gentleman the way that leeches were good for you.

With many monuments, you get a “a subjective, almost always agenda-driven interpretation of history,” Coski said in a talk on YouTube. “You can’t trust the history you get on a monument.”

For example, the Jackson monument said the Confederate general was killed at Chancellorsville. In fact, he was wounded by his own men at the famous Rebel victory and died well behind friendly lines.

That’s not a huge goof, but a newspaper reporter who made that kind of mistake would have to write a correction or clarification. A fellow reporter at The Richmond News Leader back in the day got called on the carpet for writing Leigh Street as “Lee Street.” His defense was something like: “Everything else in this town is named after the guy.”

Sixty-one feet tall, Lee looks down on the other men on Monument Avenue, although a strange lady named Vindicatrix, aka “Miss Confederacy” (it sounds like a woman in a leather hoop skirt) may stand a few feet higher at the Jefferson Davis monument.

When the Lee monument was unveiled in 1890, the Civil War remained a raw wound in Richmond.  Many Whites were still dealing with the devastation of the war and the massive loss of Confederate lives.

But those Whites who revered the Confederacy also held the reins of power. Monuments to Lee and other rebels would not have gone up — certainly not in large numbers — if Black people had possessed any leverage, Coski said.

The Lee monument wasn’t erected specifically to project white supremacy, in Coski’s view, but he sees why many people think that.

“It’s depicting someone who, whatever his admirable personal virtues and military leadership, put those in the service of the perpetuation of slavery. For some people, that alone is enough to say it’s a white supremacy monument. …I see it as more nuanced.”

However, taking down one or two monuments is not erasing history, Coski said. But if we remove almost all of Richmond’s rebel-related monuments, “that’s getting toward erasure. … It’s almost like trying to wipe out the fact that this city ever supported the Confederacy.”

Protesters toppled Davis last month. The city removed Jackson on Wednesday, oceanographer and Confederate naval leader Matthew Fontaine Maury on Thursday and vows to take down the other monuments it controls.

For Lee and his former Confederate comrades, anything short of a disappearance act looks like a lost cause. 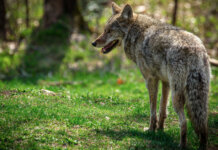 Washing the gray from Monument Avenue