WASHINGTON — In a major victory for reproductive rights, the U.S. Supreme Court struck down a controversial Louisiana law that critics said would have severely limited access to abortion in Louisiana and opened the door to further abortion limitations around the country.

Enacted in 2014 by the Louisiana state Legislature, the law would have required physicians who perform abortions to have admitting privileges at a local hospital.

A district court overturned the law in 2017 on the grounds that it offers no benefits to women’s health that justify the burdens it places on abortion access, but a federal appellate court reversed the decision in 2018.

On Monday, the high court sided with the lower district court, ruling that its findings and underlying evidence support its conclusion that the law would “drastically reduce” access to abortion and make it impossible for many women to obtain a safe, legal abortion in the state.

The court also noted that the law is “nearly identical” to a similar Texas law that the court struck down in 2016. In that case — Whole Woman’s Health v. Hellerstedt (WWH) — the court found that the law posed an undue burden on access to abortion.

The decision comes on the heels of two recent rulings in which the conservative-tilting court’s four liberal justices won the day. Earlier this month, a majority of the court backed LGBTQ workplace rights and blocked a Trump administration program that threatened young, unauthorized immigrants known as “Dreamers” with deportation.

Stare decisis, he said, requires justices to “treat like cases alike,” he continued. “The Louisiana law imposes a burden on access to abortion just as severe as that imposed by the Texas law, for the same reasons. Therefore Louisiana’s law cannot stand under our precedents.”

House Republican Whip Steve Scalise of Louisiana called the decision “a major step backwards” and vowed to keep fighting. “Today’s decision reminds us how much work we still have to do in our efforts to protect the unborn and defend the sanctity of life. We will not back down or relent,” he said.

Advocates for reproductive rights, however, cheered the decision, calling it a “win” for Louisianans.

“We are relieved that the Supreme Court followed facts and precedent to strike down the state’s harmful anti-abortion law,” Herminia Palacio, president and CEO of the Guttmacher Institute, a pro-choice think tank, said in a statement.

But she warned that abortion access is still at risk, pointing to a “decades-long, coordinated campaign” to restrict access to abortion across the country, including recent efforts to do so amid the COVID-19 pandemic.

In 2017, 89 percent of U.S. counties had no clinics providing abortions, according to the institute.

Nancy Northup, president and CEO of the Center for Reproductive Rights, which litigated the case on behalf of June Medical Services — the corporate name of the clinic in Shreveport, La., that was at the center of the case — echoed the sentiment. The clinic is one of three such facilities that currently offer abortion services in the state.

“Unfortunately, the Court’s ruling today will not stop those hell-bent on banning abortion,” Northup said in a statement. “We will be back in court tomorrow and will continue to fight state by state, law by law to protect our constitutional right to abortion.” 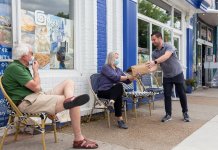 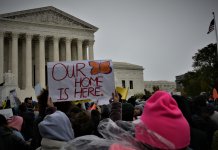 ▪ You can publish our graphics and any photos that are credit to Virginia Mercury with the stories with which they originally appeared. For any other uses, you must seek permission from us at info[email protected]