WASHINGTON — Colleges and universities across the country are getting emergency federal aid for COVID-19, but some of the most vulnerable students won’t be eligible for assistance.

Education Secretary Betsy DeVos has said the emergency grants — part of the $2 trillion coronavirus relief act that Congress approved last month — can’t go to undocumented students, even those who pay taxes or are under federal protection.

Some Democrats have pushed back against that decision, saying DeVos overstepped her authority by excluding them. The controversy over who should receive the education stimulus is now playing out in college financial aid offices, as universities try to figure out how to dole out the financial stimulus money in the face of mounting requests.

At James Madison University, administrators had been preparing an application for grants that would be open to all students, based on need. But they had to halt those plans when DeVos released her guidance April 21.

“When that guidance dropped, that blew everything up and out of the water,” said Brad Barnett, JMU’s financial aid director.. Barnett discussed the grants on the National Association of Student Financial Aid Administrators “Off the Cuff” podcast.

Because of confusion about eligibility requirements, the university waited to open applications for the $6 million it has for student emergency funds. Barnett said they put the process on hold to talk to lawmakers and see if the restrictions might be lifted.

“It was such a bomb to drop that we wanted some time … but now we need to get that money out the door,” Barnett told the podcast.

Congress approved nearly $12 billion in aid for colleges and universities across the country as part of the economic rescue bill known as the CARES Act. Half of that is for colleges to use for direct emergency cash grants to students. The emergency grants can help students who may have lost work or housing, or need help to get set up for distance learning.

But when the Education Department set its rules for how colleges could dole out the funds, DeVos said students must be eligible for federal financial aid funds. This blocked undocumented students, including those brought to the United States illegally as children. Those students, the so-called “Dreamers,” are shielded from deportation under the Obama-era Deferred Action for Childhood Arrivals program (DACA).

The Trump administration has moved to rescind the DACA program, but that effort has been tied up in court. The Supreme Court is weighing the fate of the program and is expected to issue an opinion in the coming weeks.

The COVID-19 aid requirements also create barriers for other students who do not qualify for “Free Application for Federal Student Aid,” including those who have minor drug convictions, have defaulted on student loans, or have not registered with the Selective Service.

“The lengths this administration goes through to exclude DACA students ends up hurting a lot more [people],” said Justin Draeger, president of the National Association of Student Financial Aid Administrators.

Many Democrats have pushed to change the requirements, and dozens of House Democrats signed a letter criticizing DeVos’s guidance.

“We request that you immediately help students most in need during these unprecedented and challenging times and ensure emergency financial aid grants are fully distributed in an efficient manner,” the lawmakers wrote. “Additionally, we request you change your guidance to allow all students access to this vital aid.”

And a group of Senate Democrats asked DeVos to reverse her decision and allow DACA students to receive funding.

DeVos maintains she had little choice.

“The CARES Act makes clear that this taxpayer-funded relief fund should be targeted to U.S. citizens, which is consistently echoed throughout the law,” Education Department press secretary Angela Morabito said.

But Democrats who helped write the law have said they did not mean for the funding to be restricted. Rep. Rosa DeLauro (D-Conn.) and Sen. Patty Murray (D-Wash.), the top Democrats on the subcommittees that oversee Education Department appropriations, also asked DeVos to reverse the rule.

“We are deeply disappointed with your unauthorized decision to restrict eligibility for emergency financial aid to students during this difficult time for our country and in violation of congressional intent,” the lawmakers wrote in their letter to DeVos on May 1.

Colleges receive funding based on the number of full-time, in-person students receiving federal grants. But the funding formula also means schools with undocumented students qualify for more money based on their enrollment — even though the school can’t use the money to help those students.

“These students are helping to generate and drive dollars to their colleges, but they won’t receive stimulus funds because of the very unnecessary decision that the Education Department has made,” said Viviann Anguiano, associate director for Postsecondary Education at the Center for American Progress.

“Some of these families are in desperate need of support, and it is likely that students who are in need of the dollars most won’t be receiving them.”

Education advocacy groups asked lawmakers for more money for K-12 and higher education in the next COVID-19 relief bill. The groups want $50 billion for higher education to help bridge the gap of lost income for colleges and support students in need.

More than 70 groups — including the National Education Association, American Federation of Teachers, National Urban League, and the NAACP — signed the letter to House and Senate leadership.

The groups asked Congress to include language “explicitly stating” that no one otherwise eligible would be excluded because of immigration status or other non-merit factors.

Sens. Kamala Harris (D-Calif.) and Mazie Hirono (D-Hawaii) introduced similar legislation in the Senate. The legislation is unlikely to advance in the Republican-controlled Senate, but plants a flag for the issue as lawmakers debate future relief bills. 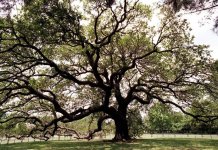