If you’ve never heard of Envigo — a facility on more than 330 acres in Cumberland County that has operated under the radar since 1967 — let me give you a glimpse inside.

Many dogs hadn’t even been provided with a solid resting surface and had to stand or lie down on bare wire. Cages were stacked on top of one another and dogs in the bottom cages were surrounded by walls stained with the waste from the dogs above. Some cages were caked with inches of rotting feces covered with black mold. Kibble was contaminated with insects, mold and rodent feces.

Every dog Envigo breeds is doomed to suffer and/or die in experiments, including some in countries where no animal protection laws or regulations exist. They’re subjected to the terror of being confined and transported internationally for days, only to end up at their destination alone in a steel cage.

Dogs from Envigo have been used in experiments in which their corneas were wounded to the point of ulceration and puppies were injected with steroids and then killed and dissected. In one experiment, puppies were subjected to an oral toxicity test that involved being dosed with a chemical compound three times a day for 28 days and then killed.

Gov. Ralph Northam’s proposed amendment to SB 891 was fair and straightforward. It would simply have extended basic protections to dogs and puppies who are commercially bred for any purpose and closed a longstanding loophole in the Virginia Code that exempts the commonwealth’s largest commercial dog breeder from any state oversight.

This amendment would not have harmed Envigo’s business as long as it wasn’t cutting corners on animal welfare. If private citizens and smaller outfits are required to meet basic standards of care, why shouldn’t this breeding mill, which warehouses almost 5,000 dogs and sells them to laboratories for experiments, be required to do so as well?

Envigo is an international company that takes in hundreds of millions of dollars in revenue annually. Its claim that having to comply with Virginia’s dog breeding requirements would have shut it down was disingenuous, simply a stalling tactic. It fought this amendment tooth and nail because it would have lifted the shroud of secrecy that it has been operating under since 1967 by requiring it to seek approval from the county, via a public hearing, to breed more than 50 dogs.

Envigo is clearly desperate to remain unaccountable to the public and to hide the miserable conditions in which it forces thousands of beagle dogs and puppies to languish. Its executives know that Virginians would be deeply disturbed to learn that our state is home to a dog factory farm.

These dogs are capable of feeling fear and pain just as acutely as the beloved canine companions who share our homes and lives. They long for affection, companionship, joy, comfort and security. But those at Envigo today will never know the pleasure of a walk in the woods, roll around in the grass, sniff a corner that other dogs have left messages on, curl up on a couch, hear a kind word, or revel in the love of a family. They will never get to experience anything that dogs enjoy.

SB 891 would have made their lives a little less miserable by extending to them some minimal, basic protections. It’s the least we can do for these animals whose entire existence is defined by pain, loneliness and fear. Dogs deserve better, and Virginia can — and must —do better for them in 2021 no matter how much Envigo spends on lobbying for an unjust exemption that it does not deserve.

Daphna Nachminovitch is the senior vice president of the Cruelty Investigations Department at People for the Ethical Treatment of Animals. She can be reached at [email protected]. 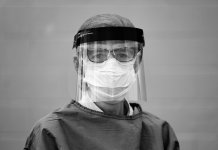 2020: The year that keeps on taking. But here are two powerful reasons to be thankful.