Virginia’s state laboratory in Richmond has quietly expanded its capacity for testing COVID-19, the disease caused by a new strain of coronavirus. Dena Potter, director of communications for the Department of General Services (the agency under which the state lab operates), said it’s now able to test more than 2,000 patients for the virus — a significant increase from last week, when the lab’s capacity was at roughly 1,000 patients.

Results are generally delivered within 12 to 24 hours of the time when samples are received, she said.

As state officials rush to respond to the growing pandemic, the increase in testing provides a glimmer of hope. On Wednesday, VCU Health announced it had developed its own in-house test for COVID-19. Right now, it’s limited only to hospitalized patients with severe symptoms of the disease (and dependent on the hospital’s access to testing supplies such as reagents and swabs), but VCU “aims to obtain same-day results with this testing option,” according to a news release.

The same day, the University of Virginia announced it would begin offering its own in-house test to hospitals across the commonwealth. The capacity is still small — the university said it could perform up to 50 tests per day for patients who meet the state’s current guidelines for testing — but results can be delivered in 24 hours. UVA health experts eventually hope to reduce the turnaround time to 12 hours for outside hospitals.

It still isn’t clear how quickly the new capacity will expand testing opportunities for Virginians. Of the 5,370 people tested for the disease as of Wednesday, Potter said fewer than 700 were performed at the state laboratory. The Virginia Department of Health still has strict testing criteria, limiting access to high-risk populations such as health care workers and nursing home residents. That also prevents surveillance testing, in which public health officials go in search of the virus by testing people to determine where it might be spreading undetected, rather than just patients who meet the guidelines.

But even on a limited scale, broader access to high-turnaround testing is an important tool in efforts to prevent the spread of COVID-19. Currently, the vast majority of tests in Virginia are performed by private labs such as Quest and LabCorp, which announced they could perform their own coronavirus tests in early March.

Both companies have reported an average turnaround time of between four and five days for test results. But some patients say they’ve waited far longer. Kati Hornung — a Richmond resident whose samples were sent from VCU Medical Center to a private lab for testing — said it took nearly nine days to hear that she tested negative for the disease.

For more than a week, she confined herself in the master bedroom of her house, away from her husband and two children. The entire family also self-quarantined, relying on friends to drop off supplies.

“It’s an awfully long time not to know and not to be with my family,” Hornung said. “But that’s what you’re supposed to do. We did it, but with lab results taking this long, I can’t imagine everyone will be as patient.”

Many hospitals are also experiencing long waits for results from private labs. Sentara Healthcare, a sprawling network with 12 hospitals across Virginia and North Carolina, is now telling patients it could take 10 days or more to receive results, spokesman Dale Gauding wrote in an email Wednesday.

“We hope they come back sooner, but in the current environment we want to be realistic with our patients,” he added. Rachel Carr, a spokeswoman for Quest, said delays could usually be attributed to the unprecedented demand for coronavirus testing across the country.

“Although we are rapidly expanding testing capacity, demand for the testing is growing faster,” she wrote in an email. “We cannot accommodate everyone who wants testing and meet tight turnaround time expectations.”

For patients with manageable symptoms, it can be a frustrating wait at home. For hospitalized patients, delayed results can mean longer stays in isolation wards, taking up bed capacity that could be used for others and requiring doctors to use up limited supplies of personal protective equipment.

Dr. Donald Thea, a professor of global health at Boston University, said last week that it could be “infuriating” to rely on private lab results, knowing that limited resources might be expended on patients who end up testing negative.

“The benefit of testing will be both capacity and the type of testing,” Carey said, referring to the growing availability of tests at Virginia’s state lab and universities. “The governor has outlined just how intensive the use of [personal protective equipment] can be. If we’re able to rule out COVID-19, then often the intensive protective equipment can be downgraded to another level. Being specific about whether the patient does or does not have COVID-19 in a rapid period of time is an important tool.”

Northam was unusually frank in his assessment of the massive amount of equipment that will likely be required as COVID-19 hospitalizations continue to increase in Virginia (the latest data from VDH shows 391 cases of the disease and 59 hospitalizations).

Based on his own experience attending to children in intensive care units, Northam said that ICU patients often require up to 10 attending physicians at a time. Each of those providers is expected to don new protective equipment — including masks, gowns, and gloves — each time they walk into a patient’s room.

COVID-19 patients with severe symptoms, including respiratory failure, are often admitted into the ICU. Physicians treating them are advised to reduce their risk of contact as much as possible, including through the use of N95 respirator masks, which can filter out viral particles.

“Ten care providers providing 24-hour care gets you to about 240 items of [personal protective equipment] in a day per patient,” Northam said. “If you multiply that by a hospital that has — let’s say — 40 ICU patients, you’re at 10,000 PPE items in a day per hospital in our commonwealth.”

That doesn’t include law enforcement and emergency medical responders who also require protective equipment to do their jobs, Northam said. With the need for items “in the millions,” he announced a new emergency order mandating all hospitals to postpone elective surgeries and procedures to conserve the state’s supply.

Most hospitals define elective surgeries and procedures as those scheduled in advance because they don’t involve a medical emergency. They can include joint replacements or diagnostic work such as colonoscopies.

Licensed inpatient and outpatient surgical hospitals, free-standing endoscopy centers, physicians’ offices, and dental, orthodontic and endodontic offices may perform any procedure or surgery that if delayed or canceled would result in the patient’s condition worsening, according to a release from the governor’s office. 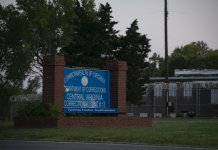 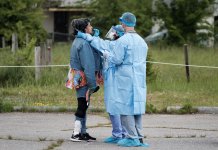