Virginia General Assembly members have an expression for when opposing interests agree on a bill: they call it “peace in the valley.”

The phrase comes from a gospel song by Thomas A. Dorsey, written for Mahalia Jackson and then later sung by a bunch of white guys including Red Foley and Elvis Presley. The lyrics, written on the eve of World War II, speak of a longing for the peace of the afterlife, where “the bear will be gentle, the wolf will be tame, and the lion will lay down by the lamb.”

I’m not sure the General Assembly has ever inspired anything quite so wonderful as the song describes. More typically, a legislator uses the expression to indicate that a bunch of special interests, having duked it out amongst themselves, have now each gotten everything they thought they could get out of negotiations and so are offering up a compromise that legislators can adopt without having to trouble themselves too much with the details.

So, not exactly the peace of God, but still a pretty good state of affairs from the point of view of committee members who have thirty or forty other bills to deal with.

Peace rarely used to characterize bills supporting distributed solar generation. The lion had no reason to lie down by the lamb. Indeed, more typically the lamb was lunch.

But the November election shifted the balance of power in the General Assembly. At first it wasn’t clear how much power the lion and bear were going to have to cede. In fact, no one is quite sure even now where the balance of power lies, even after weeks of intense skirmishing finally produced the flawed but-still-transformational Clean Economy Act. The bill passed, and the parties all claimed victory, but anyone who thinks there might be peace in the energy valley is advised to stick around for next year.

Much work remains. Removing barriers is a necessary first step, but now the challenge is to make small-scale solar a priority for Virginia. The Clean Economy Act focused on cheap utility-scale projects, but an economy that runs primarily on renewables needs solar on places other than farmland. Getting to 100 percent carbon-free energy means putting solar on as many sunny homes and businesses as possible—not to mention government buildings, warehouses, data centers, parking lots, highway rest areas, closed landfills, brownfields, former mining sites and vacant land around airports.

The final version of the Solar Freedom bill, HB572 (Keam) and SB710 (McClellan), made eight changes affecting customers of investor-owned utilities. Customers of electric cooperatives are excluded; a law passed last year addressed many of these issues.

• It raises the cap on the total amount of net metered solar allowed from 1 percent currently to 6 percent (broken out as 1 percent for low and moderate income customers and 5 percent for everyone else). This means customers installing rooftop solar will continue getting credit for surplus energy at the retail rate. When net-metered projects reach 3 percent, or in 2024 for APCo or 2025 for Dominion, the State Corporation Commission will conduct a solar study to determine the appropriate rate structure for new net metering customers. Existing net metering customers will not be affected.

• It raises the program cap on third-party power purchase agreements (PPAs). PPAs are the financing mechanism that schools, local governments, universities and other customers have been using to install solar on-site with no money down. The original program cap of 50 MW in Dominion territory was reached this fall, halting projects across the state. In Dominion territory, the limit will now go to 500 MW for jurisdictional customers (that’s most people) and 500 MW for non-jurisdictional customers (including local governments and public schools). The new cap in Appalachian Power territory is 40 MW for all customers, and there will be no limit in Old Dominion Power (Kentucky Utilities) territory. In addition, the legislation broadens who can take advantage of this program to any tax-exempt customer, and all other customers with projects over 50 kW.

• It increases the allowable size of net-metered commercial projects from 1 MW today to 3 MW.

• It increases the allowable size of residential net-metered projects to 25 kW, from 20 kW today.

• It removes standby charges for residential customers with solar facilities of less than 15 kW in Dominion territory, and removes them entirely for customers of Appalachian Power and Old Dominion Power.

• It allows residents of apartment buildings and condominiums in Dominion Energy and Old Dominion Power territories to share the output of on-site solar facilities.

• In Dominion territory, it allows customers to install enough solar to meet 150 percent of their previous year’s demand, recognizing the needs of growing families and EV owners. In APCo territory the limit remains at 100 percent of previous demand.

• Finally, it allows Fairfax County to move forward on a 5 MW solar project on a closed landfill, with the electricity serving government facilities. This will be the first such project in the state.

Solar Freedom overlaps with the Clean Economy Act, HB1526 (Sullivan) and SB851 (McClellan), on several of these provisions, including the net metering cap and PPAs. The Clean Economy Act also creates a Renewable Portfolio Standard (RPS) focused on utility-scale projects, but with a small carve-out for distributed “wind, solar and anaerobic digestion resources of one megawatt or less located in the Commonwealth.” The carve-out is limited to 1 percent of Dominion’s RPS targets. This level is so modest it probably won’t act as a market stimulus, especially for projects not owned by Dominion itself, and the addition of anaerobic digestion should give anyone pause. Also, there is no carve-out in APCo territory.

The failure of the Clean Economy Act to drive small-scale solar growth is a missed opportunity that will need to be addressed in the future if the General Assembly truly wants to achieve a clean energy economy. I recommend taking away the appalling subsidies for paper companies and letting those millions fund distributed solar.

The provision in Solar Freedom that allows residents of multifamily buildings to share onsite solar arrays looks favorable to customers but requires an SCC proceeding this year to determine the bill credit rate for subscribers. The rate “shall be set such that the shared solar program results in robust project development and shared solar program access for all customer classes.” Further, “the Commission shall annually calculate the applicable bill credit rate as the effective retail rate of the customer’s rate class, which shall be inclusive of all supply charges, delivery charges, demand charges, fixed charge, and any applicable riders or other charges to the customer.”

SB629 (Surovell) and HB1634 (Jones) instruct the SCC to set up a shared solar program for customers of Dominion and Old Dominion Power by Jan. 1, 2021. Shared solar projects must be no larger than 5 MW, can be owned by any for profit or nonprofit entity, and require at least three subscribers. The program is capped at a total of 150 MW, with an additional 50 MW possible if the utility demonstrates that 45 MW of shared solar has gone to low-income consumers.

The success of a shared solar program ultimately depends on whether project owners can make money and customers can save money. It remains to be seen whether that will happen. The provisions in these bills are less favorable to customers than the multifamily solar provisions of Solar Freedom. Customers will have to pay a minimum bill amount (waived for low-income customers), and there is no requirement that the bill credit rate be set at a rate than results in “robust project development.”

Another successful piece of legislation is HB414 (Delaney) and SB504 (Petersen), clarifying the respective rights of homeowners and HOAs when it comes to solar panels.

Since 2014, Virginia law has prohibited HOAs from banning solar panels unless the ban appears in the association’s recorded declaration. However, the law respects the right of HOAs to place “reasonable restrictions” on the size, place, and manner of placement of solar facilities on members’ property.

The fact that the law did not define “reasonable” turned out to be a problem. Some HOAs decided it was “reasonable” to insist solar panels be confined to the rear of a roof, whether there was sunshine back there or not. The result has been acrimony, added expense and blocked projects.

Aaron Sutch of Solar United Neighbors of Virginia estimates that since the 2014 legislation, HOAs have blocked over 300 Virginia installations with a value of over $6 million. Sutch negotiated with lobbyists for homeowners associations to achieve peace in this particular valley.

The new legislation provides that a restriction is not reasonable if it increases the cost of installation of the solar panels by 5 percent over the projected cost of the initially proposed installation, or reduces the energy production by 10 percent below the projected production. The owner must provide documentation prepared by an independent solar panel design specialist to show that the restriction is not reasonable by these criteria.

A few other bills should help customers finance solar panels.

B654 (Guy) authorizes DMME to sponsor a statewide financing program for commercial solar, energy efficiency and stormwater investments. The effect will be to boost the availability of low-interest financing through Commercial Property Assessed Clean Energy (C-PACE) in areas of the state where the locality has not developed a program of its own.

B754 (Marsden) authorizes (though it does not require) electric cooperatives to establish on-bill financing of energy efficiency and renewable energy. The program allows for the costs to be paid for out of the savings these improvements deliver. The coops asked for this authority, so presumably at least one plans to follow through.

Finally, B542 (Edwards) repeals the sunset date on crowdfunding provisions and provides fixes for obstacles to a financing approach that, to my knowledge, has been used only once for solar projects in Virginia. 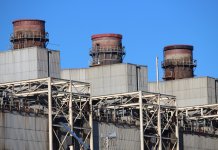