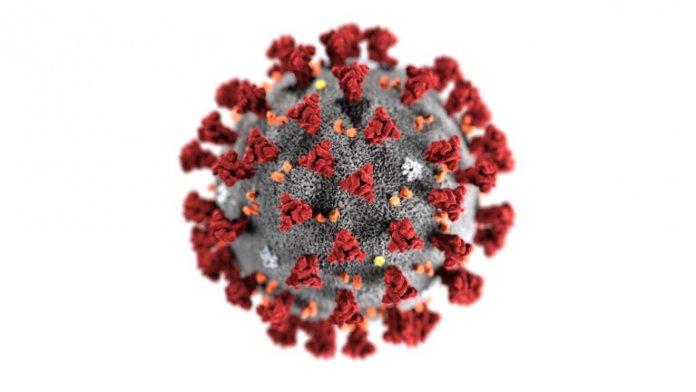 In early February — just a few weeks after the U.S. confirmed its first case of coronavirus transmission — it wasn’t a question of when the University of Virginia would develop its own test for the virus. It was a question of whether to do it.

“We were trying to decide whether or not we needed to have an assay here right away,” said Melinda Poulter, director of clinical microbiology in the university’s Department of Pathology. “Or did we want to wait for a commercial option? What were the possibilities?”

“At the time, we were looking at this and saying, ‘Getting an emergency use authorization is not a trivial matter’,” she continued. “And then, of course, all of a sudden, the first case hit in Washington. And everybody went, ‘You know, we probably oughta get a test.’”

Both UVA and Virginia Commonwealth University are now on the front lines of the state’s race to expand its testing capabilities — a push labs across the country are making as states scramble to quell the spread of the virus.

But neither Poulter nor Christopher Doern, the director of microbiology at VCU Medical Center, felt comfortable giving an estimate of when the tests would become available. It’s not for lack of trying. Poulter said she blocked off the entire weekend in preparation for a crucial delivery that would allow her lab to begin running trials.

Both institutions are stuck in limbo as they wait for critical supplies — the same materials that scientists across the country, and around the world, are ordering as the virus continues to spread.

In many ways, Virginia is a microcosm for the rest of the country as it works to expand its own testing capabilities. Federal delays, and a shortage of supplies, have hamstrung national efforts to contain the outbreak. Given the ongoing uncertainty, it still isn’t clear when the state will develop the capacity for widespread surveillance, a critical tool in limiting the spread of the virus.

Poulter said she just learned Thursday that there’s a nationwide shortage of viral transport media, which is used to stabilize samples en-route for testing. Disruptions in the supply chain could also limit screening, even when both tests are up and running.

“If even one of the components of the test are not available, you can’t do the test,” Doern said. “And so whether or not we can do it is somewhat out of our hands. I think we’ve got everything we need in place — both staff and expertise. It’s just whether or not these things are delivered.”

In Virginia, which recorded its first case of COVID-19 on March 7, the number of positive tests has grown to 30 in less than a week.

As the count increases, Virginia Gov. Ralph Northam, a pediatrician, has been increasingly direct about the urgent need for better screening. “We need more testing capacity immediately,” he posted on Twitter after a Friday meeting at Richmond Community Hospital.

“I am absolutely concerned about the limited capacity of testing in Virginia,” he said in a later statement. “As a doctor, I can tell you that one of the most limiting things is when you are unable to diagnose a patient.”

Northam and other officials have said that the current capability at the state’s lab in Richmond — which, as of Thursday, estimated it could test between 500 and 600 patients — would meet the needs of Virginians who currently fall under the state’s criteria for testing. But the governor has also acknowledged that the state is purposefully restricting those criteria to reserve tests for the most at-need.

This week, he announced that nursing home residents experiencing respiratory symptoms were eligible for testing — an expansion of current guidelines from the Centers for Disease Control and Prevention. Otherwise, the state’s supply is limited to residents with close contact to an infected patient or a history of travel in countries with widespread transmission.

“Testing is limited now, so it’s important, from a public health perspective, that we test those who are most at-risk,” state epidemiologist Dr. Lilian Peake told lawmakers in a Thursday briefing with the House of Delegates. “But we know there are people working around the clock to increase their capabilities.”

Like other states, testing delays in Virginia can be traced back to federal missteps at the beginning of the U.S. outbreak. The CDC spent weeks developing its own test, which —  in many cases — didn’t work correctly after it was distributed across the country in early February. For several weeks, the state had to send samples to the agency’s headquarters in Atlanta for testing. In early March, the state lab was cleared to screen samples on its own, but still depends on the CDC for testing supplies.

Experts have described the U.S. response to COVID-19 as a fiasco, largely driven by the lack of extensive screening. Academic labs, in the absence of federal leadership, began developing their own tests, driving up the demand for supplies quickly and all at once.

“At that point in time, we went through the same thing that every other major academic lab was going through,” Poulter said. “And immediately, resources just fell.” Her lab is currently waiting on a sample of the virus itself, a critical tool in confirming the accuracy of the test. Doern’s lab at VCU is still waiting on one particular instrument — a machine used to rapidly detect the presence of RNA from COVID-19.

Any lab using the CDC’s methods for diagnosing the virus is required to use the same device, Doern said. And the vast majority of labs are choosing to use the CDC’s methods because alternative techniques require an extra layer of approval from the federal Food and Drug Administration — another barrier in quickly developing a test.

“Everyone around the country and around the world is requesting that instrument,” he said. “So, it’s just a question of when we’re going to get it.” His lab is now hoping for a delivery by the end of the month or even mid-April. Then it’s still a question of developing and verifying a working test.

Both UVA and VCU are hoping for the ability to test samples from various parts of the body, including the nasal tract, lower respiratory tract, and sputum — a mixture of saliva and mucus often coughed up by patients with respiratory disease. To verify the accuracy of the test, Poulter said scientists have to make sure it doesn’t react with other organisms commonly found in those areas, including bacteria and non-COVID viruses.

“You have to do that with a lot of different organisms just to make sure you don’t get a false positive,” she said. The same tests have to be run for every type of sample — and that’s after an initial “limit of detection” study to figure out the smallest quantity of virus that can be accurately detected by the test.

In other words, it takes time. And right now, both labs are still waiting on critical materials to assemble their tests. On Friday, the Trump administration announced measures to speed up the availability of testing — including a hotline for supplies — but it’s still unclear how effective the new steps will be.

In the meantime, COVID-19 is spreading. Dr. Gonzalo Bearman, chief of infectious diseases and director of infection prevention at Virginia Commonwealth University School of Medicine, told the Mercury Wednesday that it is “essentially inevitable” that community transmission will occur here, if it isn’t already happening.

Without wider testing, experts say it’s impossible to truly monitor the spread of the virus. In an ideal world, Virginia would begin screening every patient who presented symptoms in order to minimize further transmission, confirmed Dr. William Petri, an infectious disease specialist at the University of Virginia, in an email on Friday.

“Testing allows us to identify who is infected so that we can isolate them,” he wrote, “and then go on to identify their contacts and quarantine them, with the ultimate goal of stopping the spread of infection.” 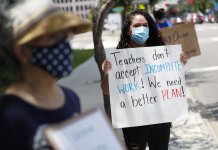 In the race to develop coronavirus testing, Virginia universities are stuck on hold