For the last few days of the 2020 General Assembly session, college tuition freezes were a sticking point for House and Senate budget negotiators. Such a sticking point, in fact, that legislators extended their deadline for reaching a deal.

But a last-minute compromise appeared to offer the best of both worlds for legislators from both chambers. The Senate added roughly $60 million over the next two years for need-based financial aid at Virginia’s publicly funded colleges and universities. And the House added roughly $79.7 million for in-state tuition freezes, something its Higher Education Subcommittee — paraphrasing a quote from Winston Churchill — described as a “tremendous whack” at the problem of college affordability.

“Students and parents across the Commonwealth can breathe a sigh of relief now that the General Assembly has struck a deal that will freeze tuition for the second year in a row,” said Stacie Gordon, advocacy manager for Partners for College Affordability, a Washington D.C.-based nonprofit that pushes for more affordable college education around the country. “Virginia’s legislators have made it absolutely clear that holding down college costs for hard-working students and their families remains a top priority.”

Much of the debate boiled down to a fundamental disagreement over the merits of another tuition freeze. Del. Ibraheem Samirah, D-Fairfax — a 29-year-old dentist who estimates he still has around $560,000 in student debt — said the House was committed to a solution that would keep colleges more affordable for all Virginia students.

But in their subcommittee report, Senate legislators wrote that across-the-board tuition freezes would “simply perpetuate the past.” Financial aid, including tuition grants for students at private colleges, is a more effective way to leverage state funds for college affordability, they argued.

The House proposal will offer individual colleges optional funding in exchange for freezing tuition at 2020 levels, while the Senate will offer each school more money for need-based aid, regardless of tuition prices.

To at least one policy expert, though, both chambers are wrong. Veronique de Rugy, a senior research fellow at George Mason University’s Mercatus Center, has published several papers on federal higher education funding and the declining economic return of a college degree, relative to the cost of obtaining one. She said artificially capping the cost of college — whether through tuition freezes or greater financial aid — does nothing to address the underlying problem of rising prices.

“I think it’s a terrible idea,” de Rugy added. “It doesn’t change all the bad incentives that already exist, most of them created by the government to get more and more students into the system.”

In Virginia, like the rest of the country, de Rugy said tuition increases can be tied to an overall imbalance between supply and demand. Thanks to a significant increase in federal financial aid, which started in the late 1970s, more students are attending college. (According to the State Council of Higher Education for Virginia, there were a little fewer than 99,000 students enrolled at public four-year schools here in 1992, compared to 142,193 for the current academic year.)

At the same time, the overall number of higher education institutions has remained flat, and universities have an incentive to raise fees to collect more federal aid dollars.

As colleges accept more students, their spending also goes up — on faculty, housing, facilities and other amenities. That’s another reason for higher tuition, de Rugy said. And while costs have increased substantially, wages and job placement have stagnated in many fields, leading to a fundamental mismatch between the investment and payoff of higher education.

“Forty percent of the kids who got out of college, they’re not employed in the area where they got their diploma,” she continued. “We encourage them to go into the system, to accrue debt, to defer deployment, all for a degree they’re not going to use when they get out of school. And making it cheaper is not going to improve the system. It’s going to make it worse.”

That’s not true for all majors. STEM fields still enjoy high wage premiums, de Rugy pointed out in one research paper, as do many advanced degrees that can recoup the cost of additional student debt. And while the debate was ongoing, Samirah said many Virginians were relying on action from the state — regardless of whether it would change the underlying system.

“There’s a good benefit for everyday people at the end of the day,” he said. “Everyday students and everyday parents will benefit from us negotiating on this.

But de Rugy also pointed out that colleges and universities would likely pass in-state tuition freezes onto out-of-state students. She believes a true disruption in tuition costs is mostly likely to come from competing education models, including online coding bootcamps — which are plagued by their own problems with high prices and low placement rates — or increased attendance in community colleges and vocational schools.

A 2014 report by the Joint Legislative Audit Review Commission found that Virginia’s public universities were among the most expensive in the nation. The commission attributed tuition increases to a number of factors, including cuts in state funding and increased spending on non-academic services, especially athletics and real estate and construction. The report estimated 56 percent of the increase in per-student cost between 2002 and 2012 has been for athletics, student housing, dining and security.

In December, Gov. Ralph Northam unveiled his “G3” proposal, with would offer free community college tuition for low- and middle-income students in certain technical and STEM fields. The General Assembly didn’t fully match the entire $145 million he requested for the program, but did allocate $69 million over the next two years. 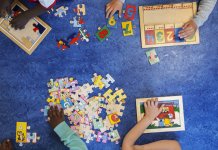 As Virginia routes more students with disabilities to private schools, costs are soaring 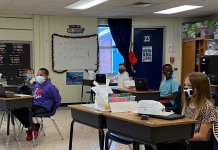 After standoff, House and Senate to seal deal to stem college tuition costs