Legislation to update Virginia’s vaccination requirements for schoolchildren is on its way to the governor’s desk after the House voted 54-44 to approve a Senate-amended version of the bill.

The final version adds four new vaccines to the state’s immunization schedule, which hasn’t been updated since 2008. Meningitis, hepatitis A, and rotavirus vaccines are now required for all public and private school students, as are human papillomavirus vaccines for boys (girls were already required to be vaccinated against the disease).

The bill, described as a hard-fought compromise by Sen. Siobhan Dunnavant, R-Henrico, retains religious and medical exemptions while allowing the Virginia Department of Health to update the state’s immunization schedule according to medical best practices.

It also includes a separate exemption for the HPV vaccine, which parents can refuse after reviewing educational materials on the link between HPV and cervical cancer.

The bill passed the Senate Tuesday after nearly an hour of passionate floor debate on both sides of the issue. Dunnavant, a practicing OB-GYN, stood against many of her Republican colleagues in supporting the bill. She was also put in the uncomfortable position of refuting some of their arguments against vaccinations, which occasionally contradicted medical science.

The Virginia Mercury fact-checked four of the biggest claims with Dr. Kelly Goode, a vaccines expert and director of the community-based residency program at the Virginia Commonwealth University School of Pharmacy.

Sen. Stephen Newman, R-Bedford, was strongly opposed to an earlier version of the bill that would have conformed the state’s vaccine schedule with current recommendations from the Centers for Disease Control and Prevention. He similarly opposed the amendment allowing the state’s Department of Health to update the vaccine schedule, arguing the agency would simply match existing federal guidelines.

To illustrate his point, he pointed to the state’s HPV vaccine exemption — a carve-out that isn’t recommended by national health experts.

Newman was alluding to language in the bill, which concludes that HPV “is not communicable in a school setting.” And it’s true that HPV isn’t communicable in the same way as meningitis, for example, which can spread through coughs and sneezes.

But it is communicable through sex, which between 42 percent and 44 percent of Americans have had at least once between the ages of 15 and 19, according to the most recent data from the Centers of Disease Control and Prevention. More importantly, it’s a disease that around 50% of sexually active Americans will be exposed to in their lifetime, Goode said.

“We know HPV causes not just cervical cancer, but penile and anal-rectal cancer,” Goode said. The current vaccine protects against nine of the most high-risk strains of HPV, including those that can cause cancer and genital warts.

“It’s not a vaccine to protect sexual practices,” Goode added. “It’s a vaccine that prevents cancer. And that’s what it should be discussed as.” Even in the U.S. — where experts worry that sexual stigma contributes to lower HPV immunization rates — the disease declined 86 percent among women aged 14 to 19 within 10 years of the vaccine’s introduction, Goode said. Australia is set to eliminate cervical cancer this decade thanks to high vaccination rates.

Sen. Bryce Reeves, R-Spotsylvania, based his opposition to the bill on his military background.

“I am a Gulf War veteran, and Gulf War syndrome is linked to a vaccine we all had to get,” he said on the Senate floor. “A booster shot, because the scientific community said, ‘If they’re going to use biological weapons, we need to be immunized from it.’ 275,000 British and American troops suffer from Gulf War syndrome, not because of the contaminants from the oil derricks and all those things, but because of the vaccine that was given to us at that time.”

Goode said Reeves was likely referring to the anthrax vaccine, which the U.S. Defense Department began administering to soldiers in March 1998. Roughly 150,000 troops received the anthrax vaccine and approximately 8,000 received vaccines against botulinum toxoid along with standard vaccinations against infectious diseases such as yellow fever and typhoid, according to the U.S. Department of Veterans Affairs.

Many veterans have struggled with what the VA describes as “chronic multisymptom illnesses” after returning home, which some speculated was linked to anthrax vaccinations or the combination of multiple immunizations. One research team at Tulane University attributed the complaints to squalene, a “booster” that lead researcher Pam Asa said was illegally added to the vaccines.

A comprehensive review of anthrax vaccination, completed by the Health and Medicine Division at the National Academy of Sciences, Engineering, and Medicine, found multiple issues with the Tulane study. They include a self-selected subject group  — which could have biased the study toward veterans who already believed they became sick from the vaccines — and inadequate evidence that the research group actually developed an assay that could detect squalene antibodies.

Goode said there’s still a lack of good data on the effects of the anthrax vaccination. Right now, there’s hasn’t been enough study to conclude whether vaccines administered to Gulf War troops can be linked to long-term health effects.

“My oldest child, who suffers from some learning difficulties — I remember talking to some pediatricians who were considered to be the best in the world,” he said. “And there was a theory that ethylmercury, which was used as a preservative in vaccinations, caused autism.”

“I know one thing,” he added. “They’ve taken ethylmercury out as a preservative in vaccinations.”

There is no good evidence linking ethylmercury to autism, Goode said. Stuart may have been thinking of a retracted study by the discredited British doctor Andrew Wakefield that falsely linked the measles, mumps and rubella (MMR) vaccine to autism. But the MMR vaccine does not and has never contained ethylmercury, which is found in trace amounts in a preservative called thimerosal.

Goode said the U.S. electively removed thimerosal from pediatric vaccines after vaccination rates declined in the wake of the MMR study. The only vaccinations that still contain the compound are certain formulations of the flu vaccine that come in multi-dose vials.

Ethylmercury is sometimes confused with methylmercury, she added, a more potent formulation that’s found in some fish (including canned tuna) and can be harmful in high doses.

“If vaccines are so effective, you should have no concern for your child,” said Sen. Amanda Chase, R-Chesterfield, arguing that lawmakers should give parents the right to choose whether to comply with the CDC’s recommended vaccination schedule.

“That logic seems like it could be correct, but it’s not,” Goode responded. No vaccine is 100 percent effective, so even vaccinated children run the risk of catching infectious diseases from their unvaccinated peers — even if it’s a milder form. Younger children might not have fully finished their series for some vaccines, she added, which could also put them at risk.

The main problem with Chase’s argument involves the concept of herd immunity. When the majority of the population is vaccinated, germs can’t travel easily from person to person, reducing the risk for the vast minority of people who can’t get vaccinated due to medical reasons. But if more and more people choose not to vaccinate their children, that chain of immunity can be broken.

“Then it’s just putting everyone at risk,” Goode said. A 2016 mumps outbreak in Arkansas was linked to that exact issue after researchers found the community vaccination rate was much lower than reported.

Virginia lawmakers weigh a $500 bonus for cops, expanded eviction protections and a lifeline for struggling schools 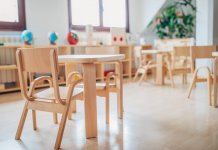