Both House and Senate lawmakers proposed legislation this year to give pharmacists more independence in administering certain drugs. But differences between the two bills could lead to a deadlock in a conference hearing, ending any chance of a final version being passed by the General Assembly.

Both proposals share the same underlying goal: offer Virginians more access to treatment from their local pharmacy. The state currently allows pharmacists to administer certain drugs in coordination with a doctor, physician’s assistant or nurse practitioner — a treatment plan known as a “collaborative agreement.” But without a prescription from one of those providers, a pharmacist can’t independently fill requests for most medications.

Bills from Del. Mark Sickles, D-Fairfax, and Sen. Siobhan Dunnavant, R-Henrico, aimed to give the providers more leeway in prescribing and administering certain medications. But the two versions took significantly different tacks in how to implement the change.

Dunnavant’s bill, passed by the Senate but tabled last week in a House committee hearing, would task the Virginia Boards of Pharmacy with developing statewide regulations for expanding prescription authority for pharmacists. It included a delayed enactment date of July 1, 2021, to give health officials time to craft the new rules, but would have allowed pharmacists to administer a broader range of medications once the law went into effect.

The bill included 10 different categories of drugs, included vaccines, injectable and oral birth control and prescription flu medications such as Tamiflu. It would have also allowed pharmacists to test for certain conditions.

To provide patients with Tamiflu, for example, pharmacists would have to evaluate them and confirm the illness with a diagnostic test. Without a positive result, pharmacists would be required to refer the patient to a doctor for further evaluation.

“Ninety-three percent of Americans live within five miles of a community pharmacy,” said Christina Barrille, executive director of the Virginia Pharmacists Association, at a February committee hearing on Dunnavant’s bill. “So, what other states have found is that allowing patients another option for care greatly improves preventive care for acute and chronic conditions.”

Sickles’ version, though, took a more incremental approach. Under his original proposal, pharmacists would have been able to dispense a limited number of drugs — including birth control — once the bill went into effect. But it would have assembled a work group of state and professional health organizations to discuss whether pharmacists should be allowed to prescribe other medications included in Dunnavant’s version of the legislation.

Both bills are currently in a strange state of limbo. Technically, Dunnavant’s version was killed in a House committee meeting on Feb. 25. But later that week, the Senate’s Education and Health committee voted to conform Sickles’ version to hers.

Legislators are facing a deadline to reconcile the differences and pass a final version before the General Assembly is scheduled to adjourn on Saturday. The issue has become a standoff between the two chambers, with both sponsors arguing that their proposal is the only path forward.

Dunnavant has repeatedly argued that Virginia already tried — and failed — to draft recommendations on giving pharmacists more independence to administer certain medications. In 2019, the General Assembly passed a resolution requiring the state’s Joint Commission on Health Care to speak with stakeholders and develop specific proposals on changing existing regulations.

While the commission did develop new policy recommendations, it ultimately decided that another work group should convene to discuss expanding privileges for pharmacists.

“It didn’t result in any consensus,” Dunnavant said during the Senate committee hearing last week.

“My bill proposes that the boards of pharmacy and medicine actually promulgate regulations, as opposed to just another study with stakeholders,” she added.

Complicating matters is an underlying disagreement between doctors and pharmacists on how much leeway the latter should be given in treating patients. Only Sickles’ bill is supported by the Medical Society of Virginia, which initially opposed the entire concept of expanding privileges for pharmacists.

Sickles said his office worked closely with MSV to come up with compromise language. Without a more gradual approach, he doubted whether doctors would agree to support the legislation.

“I may personally want to go further, but if we do this, we won’t have a bill this year,” he said last week, referring to putting the bill in conference. “I just don’t think the stakeholders are going to accept anything more.”

At least 17 other states have passed laws expanding the scope of care for pharmacists, according to a report from the state’s Joint Commission on Health Care. In West Virginia, they’re able to administer nicotine replacement therapies (another medication included in Dunnavant’s version of the bill). In Maryland, they can prescribe contraceptives. Barille said it’s a recognition of the intensive coursework that’s required for the degree.

“The biggest thing that’s been concerning to me throughout this process is that people don’t recognize the extensive training that pharmacists are required to go through,” she said in a phone interview last week. The JCHC report also noted that colleges and universities are phasing out bachelor’s degrees for pharmacists. Current standards require pharmacy students to complete four-year doctoral degrees with prerequisites in biology, chemistry and physiology — among other subjects — and advanced courses focused on bodily systems and patient assessments.

But some doctors argue that pharmacists still aren’t trained to fully evaluate and diagnose their patients. MSV says it’s especially concerned over the prospect of pharmacists prescribing medication based off a single test.

“Testing is not diagnosis, so there’s a lot of concern about pharmacists being able to do all those things by themselves,” said spokeswoman Julia Chipko. Doctors often cite flu and pneumonia, which can present with common symptoms.

“The problem is that the flu test is sometimes only 50 percent accurate,” Chipko added. “So, relying totally on a test to prescribe a medication — that can be very scary. If a patient was given Tamiflu when they actually had pneumonia, that could be life-threatening.”

Despite the disagreement between both providers, Barille said the Pharmacists Association is equally willing to support Sickles’ version of the bill. That leaves the fight in the legislative realm, where lawmakers are having more difficulty finding consensus.

The House still needs to vote on the conformed version of Sickles’ bill. Sickles said he’ll urge his colleagues to reject the Senate amendments, pushing the bill into conference unless a majority of House lawmakers override his objections.

Some senators are using Dunnavant’s bill to push back against frequent characterizations of the Senate — where her permissive version passed by a wide margin — as the more moderate chamber of the General Assembly.

“All session long, I’ve heard how the House is willing to go further on so many issues,” he said. “Well, we passed this on a 38-2 vote. I think we ought to put this in front of the whole House and see if they are willing to go as far as they have on other issues.” 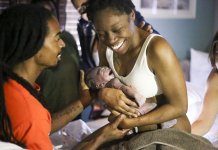 House and Senate lawmakers are deadlocked over expanding authority for pharmacists

On eve of Clean Economy Act vote, a split emerges among...